Where We’re Eating in April

This month, we’re addicted to the Mt. Athos fire bread from Mediterra, the shrimp tempura at Noodlehead and the protein smoothies at Square Cafe (plus a few other dishes!). 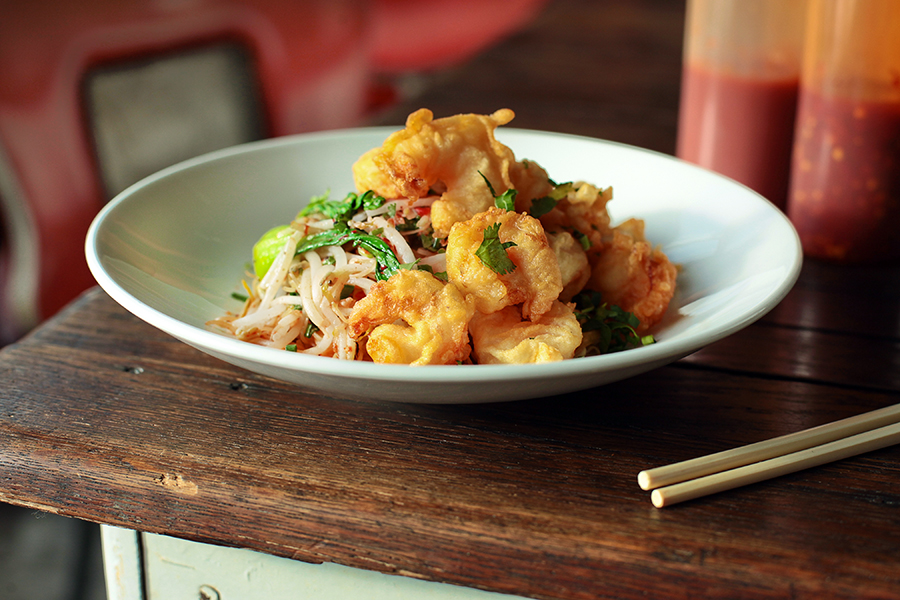 Noodles have been taking Pittsburgh by storm recently — so much so that new Shadyside spot Noodlehead is constantly packed to the gills. The short menu lists straightforward (and steamy) options, like the street noodles No. 2 dish, with shrimp tempura, bok choy, thin egg noodles, cilantro and a whole lot of zest (don’t fret — you can choose your spice level). To sweeten the deal, pair your meal with your favorite wine (the BYOB fee is just 50 cents per person!).

Crested Duck Charcuterie
Pittsburgh Public Market regulars know Crested Duck makes a mean duck stick, chicken sausage and bacon. But the place to be is Crested Duck’s deli, where mind-blowing lunch (or dinner) options await; sandwiches are excellent — especially the bresaola (beef, egg and arugula) and the daily grilled-cheese pick. Make off with a charcuterie sampler and that legendary bacon before you go. Enroll in the bacon club, wherein you’ll receive cured hog in all its flavored glory for four months (this month’s flavor is vanilla-infused bourbon).

Square Café
You’d be hard-pressed to find a local who hasn’t dined at Square Café, the beloved neighborhood hangout, java joint and refuel spot. Breakfast and lunch are served all day — but with options like cornmeal pancakes, flatbread crab salad and tofu tostada, who can decide between the two meals? Once you’ve finally chosen your grub, take a look at drinks, like the always-awesome protein smoothies (try chocolate-peanut butter!) or fresh-brewed iced tea. Then get a side of sweet-potato fries, just because. 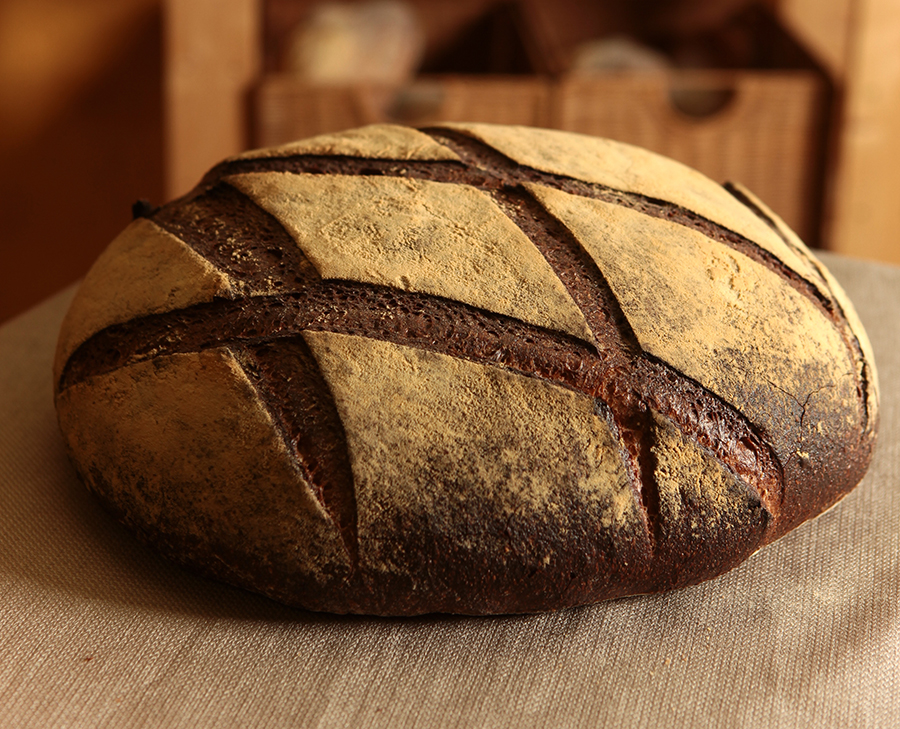 Baked on a stone hearth, the Mt. Athos fire bread from Mediterra Bakehouse is true to its European origins, right down to the thick crust. Inspired by bread that owner Nick Ambeliotis ate growing up, the Mediterra crew uses a recipe that calls for stoneground wheat flour, levain and a longer bake time at a higher temperature — resulting in a dark, yeasty loaf. Slice some in the morning and drizzle with raw honey for a simple, delicious breakfast.

Station Street
When quick eats are on your mind, head to Station Street, where it’s perfectly acceptable to dine and dash. Reminiscent of a ’50s diner, Station — which was reopened and rebranded last year by chef Kevin Sousa (and his team) — has expanded its menu from just fries and (veggie and all-beef) hot dogs to also include creative tacos and Korean barbecue; among hot-dog varieties are the New York (kraut and grain mustard) and Po’ Boy (with fried oysters). Don’t leave without having some of the poutine — the cheese curds are the highlight.

Cucina Bella
This little South Hills gem is nestled in a quiet suburban plan, sure to be missed by those not in the loop — but that’d be a shame. Here, the menu focuses on Italian staples: pizza, paninis and calzones (plus salads and traditional starters with a fresh twist). The top-notch pizzas take up most of the menu; must-try options include the four-cheese pie topped with basil and olive oil, and the mollusco, with white garlic sauce and clams. Get some of the meatballs while you wait, and save room for tiramisu. 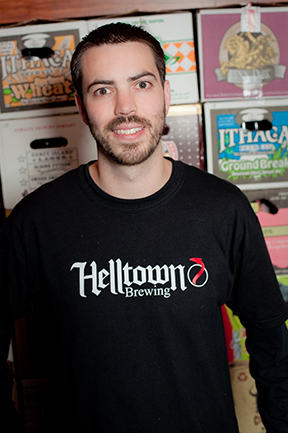 Beer buff Dash Kaplan’s entry into the bartending world might’ve been unconventional (and unexpected), but he’s stuck with it. The self-confessed “meat and potatoes” guy has tended bar at Bocktown Robinson (“the place to beer”) for five years now.

Draft or bottled beer?
Draft — I don’t necessarily think one tastes better, but I like the feeling when there’s a freshly poured, foamy glass sitting in front of me.

Best beer cocktail?
We did a really cool one — Revenge of the Nerds, with a citrusy IPA, agave nectar, Absolut Mandarin, honey and crushed Nerds on the rim.

Favorite local brewery?
I like everything Helltown does — it’s consistent.

Misconception about beer?
Aging beers has become really popular within the last decade. Unlike mainstream beers, craft beers have a bottling date instead of a sell-by. Craft beers won’t go bad; you can taste them to see how they’ve changed.

Bartender’s best advice?
I learned that if you come up with a drink idea but aren’t sure if it’ll turn out OK, try anyway. Ninety percent of the time, it’s going to be good. I’ve especially found that with beer cocktails.