Where We're Eating (and Drinking) in May 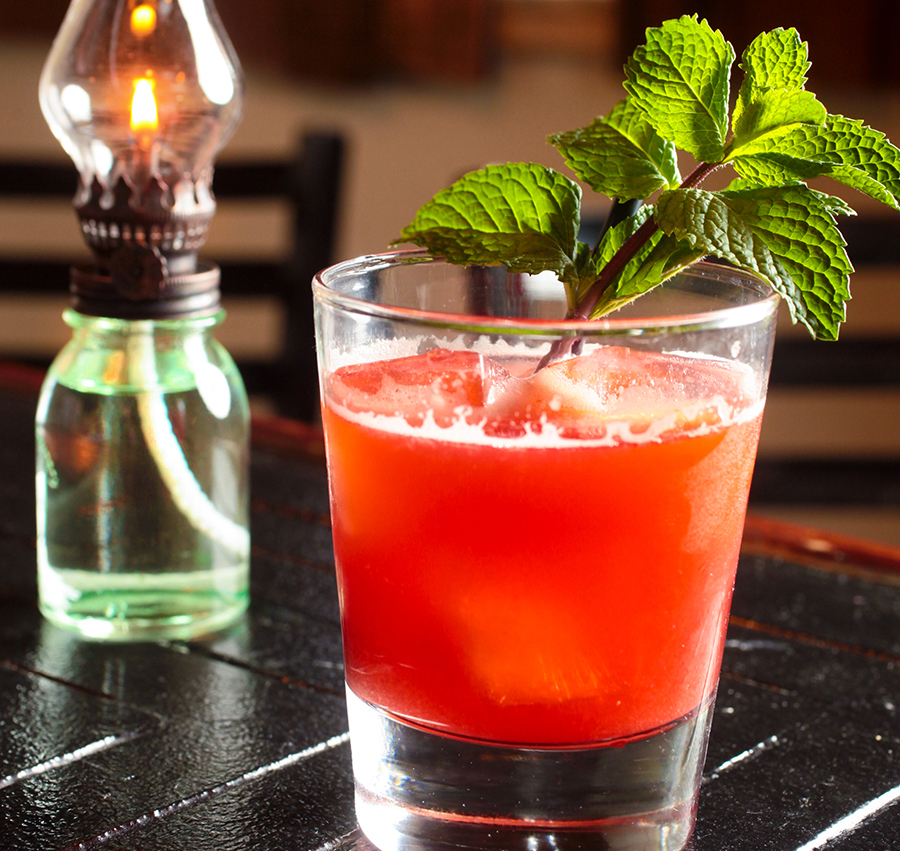 When cruising through South Side, would you expect to find a subtly glowing bar with (old-timey style) boarded-up windows? Probably not — but that’s what makes Acacia different. The sister bar of Embury (which will reopen upstairs), it’s a hidden gem known for masterfully crafted classic cocktails, such as the Embury Smash (perfect for spring). The refreshing bourbon drink features blueberries, blackberries and strawberries — plus lemon, sugar and bitters — and a fresh mint sprig. While there, be sure to also try a draft cocktail (like the Backwards Manhattan).

OTB Bicycle Cafe
In this cyclist-friendly watering hole, locals come to refuel on “not-so-famous” (but delicious) seitan bites, burgers (beef, turkey or veggie) and other vegetarian- (and vegan-) friendly eats. Aside from the good company (and occasional arm-wrestling matches), highlights at this spot (with tandem-lined walls and bike-related murals) include The Roadie — a provolone-, pepper-, spinach- and mushroom-stuffed panini — and black-bean cakes. In true Pittsburgh fashion, there are also pierogies, expectedly plated with onions, butter and sour cream.

Savoy
Yes, French toast is something you’d expect to eat during brunch. But how about a French toast casserole that shows how the morning treat ought to taste? You can find that and more on the Sunday spread. In this place-to-be-seen, with comfy seating and posh decor, soulful dinner options are also offered; folks rave about the chicken and waffles with corn pudding, and the pork three ways (featuring tenderloin with mouthwatering sweet-potato puree). And for those with gluten restrictions, chef Kevin expertly makes menu substitutes using alternative flours and products.

Sauce
The name says it all: Sauce, like saucy or bold. You’d be foolish to skip the burgers here; though burger bars have emerged since its opening, Sauce is known for top-notch patties. Nighttime brings plenty of cocktails to sip in the dimly lit joint, while breakfast brings hearty food (like the A.M. pizza with fire-roasted salsa) on the weekends. Saying that portions are generous at Sauce is an understatement, when, for example, plates of delectable yet sinful mac’n cheese are basically the size of hubcaps (that’s when we don’t care to count calories).

Thin Man Sandwich Shop
When lunchtime rolls around, one spot should jump to mind: Thin Man Sandwich Shop, where locally sourced goods star in reinvented sandwiches and sides. The namesake creation — comprising frisee, chicken-liver mousse (now Pittsburgh-famous), crispy bacon and a drizzle of red-wine vinaigrette — is built on fresh baguette. Though chefs Dan and Sherri Leiphart pile their subs with meats, veggies and more, the spot’s aptly named, as you won’t feel too stuffed after devouring your grub.

Spice Island Tea House
Everyone knows that you go to Spice Island for the tea and the Southeastern Asian fare, not necessarily the minimalist atmosphere. Situated near other cheap-eats joints, Spice House appeals to folks of all stripes; the business crowd ducks in and out at lunch, while 20-somethings grab food in between classes. Sample one of many loose-tea infusions, like Darjeeling (black) or Young Hyson (green), and consider getting a large pot to share with friends. Burmese barbecued chicken and five-spice chicken of Malaysia will have you hooked, but also try the superb ol gaht (eggplant starter). 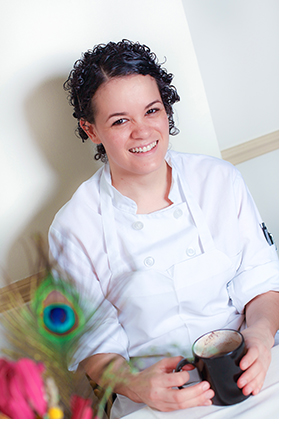 The Art Institute’s culinary program originally lured Jamilka Borges to Pittsburgh six years ago — but she opted to stay and be a part of the city’s thriving restaurant scene. Borges, formerly of Legume in Oakland, now works alongside traveling chef Brandon Baltzley (of pop-up restaurant CRUX) and sous chef Justin Steel at foodie favorite Bar Marco, making her mark on the eatery’s ever-changing menu.

Highlight of your restaurant switch?
I was happy to go to a smaller kitchen, where I’d be cooking more, with a hands-on staff.

Favorite Pittsburgh food?
I love Cure — I spend way too much time there. On my days off, I go to other restaurants and support our chefs.

Invaluable utensil?
I love my knifes, of course, and cutting board, too.

Dream chef collaboration?
I have two — Enrique Olvera and then from Pittsburgh, Sonja Finn; she’s a sweet, smart and talented chef.

Go inside Bar Marco (and Borges' kitchen) below:

This article appears in the May 2013 issue of Pittsburgh Magazine.
Categories: Eat + Drink Features, From the Magazine