The young, surprisingly competent Buccos are posing an interesting conundrum for the front office.

In April, the Pittsburgh Pirates’ blueprint for the coming year seemed straightforward and easy to follow: The 2011 season was expected to be better than 2010, but it would nevertheless be a challenging year as the club felt their way through the in-between stages of rebuilding and contending. We knew the Pirates had four good, young hitters in Andrew McCutchen, Neil Walker, Jose Tabata and Pedro Alvarez. We knew they had four interesting pitching prospects between Double-A and Triple-A and top catching prospect Tony Sanchez heading to Double-A. Before this season started, the real question seemed to be how to connect the dots between present and future.

We’re almost halfway into the 2011 season, and that plan has been blown to pieces. The Pirates are 39-38, even though McCutchen is the only one of the so-called "Core Four" at the major league level to deliver on his promise thus far. Walker and Tabata have shown flashes, but on the whole have been average at best. Alvarez was massively disappointing before getting injured. Instead, the club is being kept afloat by the pitching staff. That’s even though pre-season ace James McDonald has yet to find his stride and Ross Ohlendorf has spent most of the season on the disabled list.

In the minors, all four of the young pitchers the Pirates hoped would bridge the gap between the Core Four and prospect Jameson Taillon in the low minors have struggled. Rudy Owens has completely lost his magic, Bryan Morris is in the bullpen, and Jeff Locke and Justin Wilson have shown flashes of brilliance surrounded by lots of frustration. Tony Sanchez is also struggling at the plate in Double-A.

Now, it’s impossible to draw conclusions based on less than half a season. There’s plenty of time in 2011 for players like Tabata and Walker and maybe even Alvarez to right their ships, for prospects like Locke and Owens and Sanchez to get back on track. They’re all young players, after all, and if it were easy to predict what young baseball players were going to do, no team would ever have 18 consecutive losing seasons. Still, the landscape looks like it’s shifting at least a bit for the Pirates.

Do not adjust your web browser. This is real. But now what?

So here’s my question today: what do the Pirates do with this current team? More specifically, how do they get this team to bridge the gap to the club’s top prospects, Jameson Taillon and Gerrit Cole, without asking fans to wait until 2013 or 2014 to watch a competitive team? By that time, McCutchen might only have a year or two left in a Pirates uniform; how do you expand the window? This isn’t the first time the Pirates have faced this question since their epic losing streak started. In 1997 and 1999, Cam Bonifay’s Pirates were young, incomplete, and surprisingly competitive, much like the 2011 version of the club. Bonifay’s front office was aiming for competition by the time PNC Park opened in 2001.

Things went downhill from there. In the interest of contending, Bonifay dealt Jon Lieber to Chicago for Brant Brown. When Jason Kendall went down with a horrific ankle injury in the middle of the 1999 season, Bonifay dealt one of the Pirates’ most promising young players, Jose Guillen, to the Tampa Bay Devil Rays for Joe Oliver and Humberto Cota. Oliver was a short-term solution, Cota was a career back-up catcher.

These Pirates have to avoid falling into that trap and it seems that general manager Neal Huntington knows it. Instead of selling the farm when Chris Snyder and Ryan Doumit went down, the Pirates went out and got Mike McKenry for a pittance. McKenry won’t be confused for an All-Star or even a regular starting catcher, but he’s competent and he fills the short-term need of catcher without giving something up that the Pirates will wish they had back later. 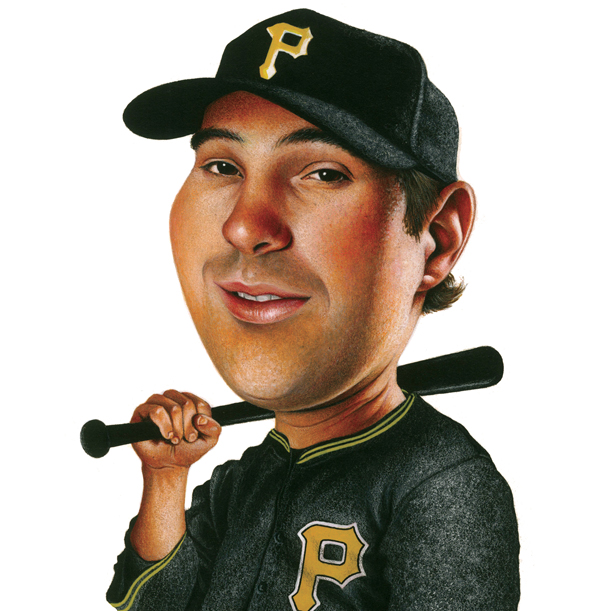 Don’t miss: Neil Walker opens up about the clubhouse, the new manager and his humble "entourage."

But what about beyond the catching situation? The Pirates, for all of their success this year, still have plenty of holes. Can they trade Paul Maholm or Joel Hanrahan to get a shortstop and still be competitive in 2012? Can they afford to trade off one of their young, slightly disappointing pitchers in the minors to get a desperately needed power hitter? How much payroll can they afford to take on with arbitration looming in the not-so-distant future for McCutchen and company?

The rallying cry from the fans right now is that the Pirates need "Major League Ready Talent" at the deadline. That’s true, but getting Major League Ready Talent in a trade was more or less Dave Littlefield’s sole goal in life, and that lead him to disaster. To his credit, Huntington showed a couple ways to do it effectively at last year’s deadline; he agreed to take in salary and got Chris Snyder for the equivalent of dead weight, and he preyed the Dodgers and their over-evaluation of Octavio Dotel to pry James McDonald and Andrew Lambo, in a trade that was almost an immediate win for the Pirates. Those sorts of trades aren’t easy to pull off, though, and there’s no guarantee that the market will provide another chance for the Pirates this July.

The club’s surprising start and the pick of Gerrit Cole in this year’s draft have served to provide a firm timeline for the Pirates on their road to contention. The window’s starting to crack open now, and it’ll be fully open in 2013. For a team that’s been lost in the wilderness for so long, that’s exciting. It’s also scary, because the Pirates are far from a finished product on the field or in the minors. Previously, the only thing the front office had to focus on was acquiring talent. Now they’re on a timer as well.