When Sousa Marched Through Town 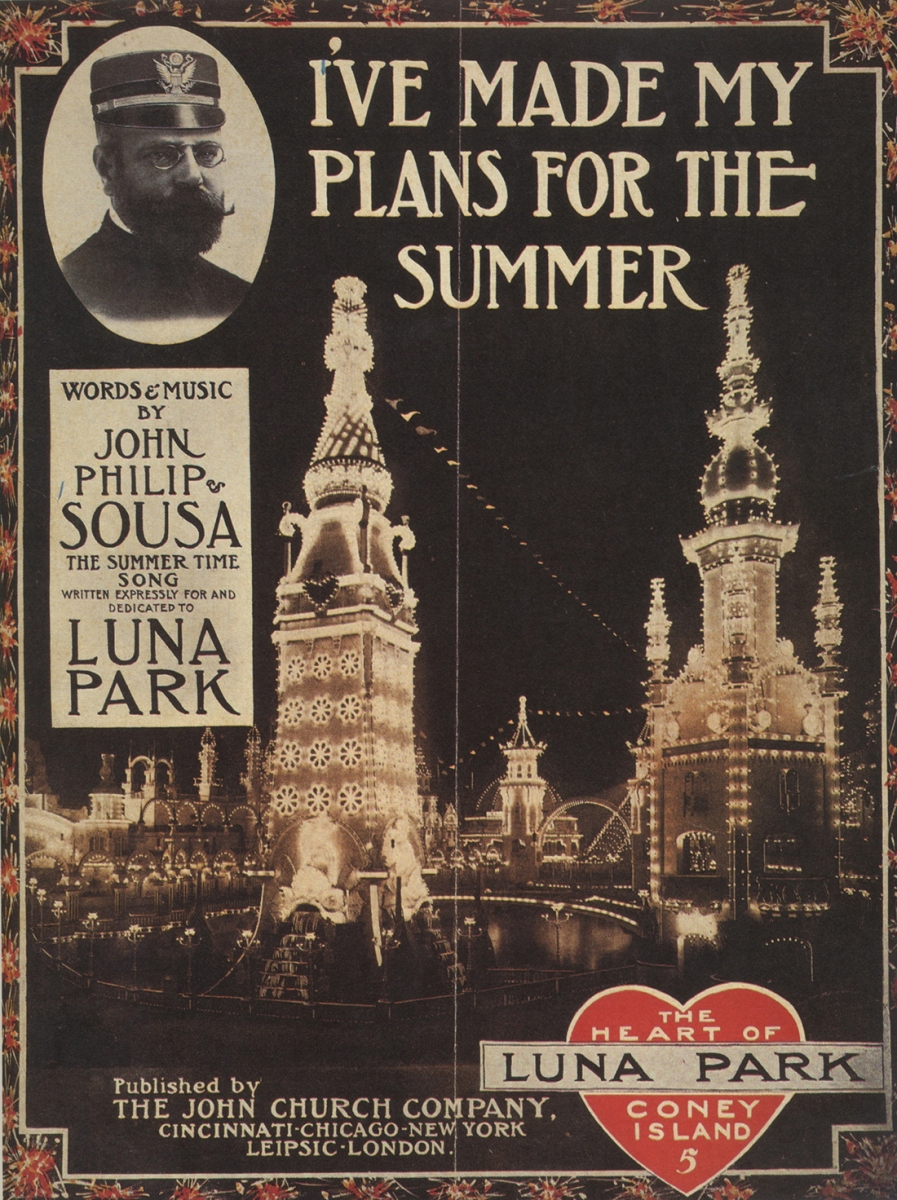 Bring on the sousaphones! It doesn’t have to be Independence Day — there may be no more stirring, all-American sound than a Sousa march played by a brass band on a hot summer evening.

There was a time when Pittsburghers could hear composer and conductor John Philip Sousa in person, as he visited our city often, starting in 1876. At the time, he was the young leader of a small vaudeville-style orchestra touring with “Matt Morgan’s Living Pictures,” a set of tableaux vivants featuring seven nude or scantily draped women posing as classical statues and characters from well-known paintings. In his autobiography, Marching Along, Sousa writes, “When we reached Pittsburgh, the morals of that city were so affronted that the statue girls, all seven of them, were arrested and locked up in the police station.”

In court the next morning, a judge dismissed the case. Sousa writes, “We turned people away that night!”

After he began directing the United States Marine Band in 1880, his visits were deemed to be more respectable. In 1898, as the Spanish-American War broke out, Sousa stopped here twice. That April, he came for a set of concerts at Carnegie Hall in Oakland, featuring the American premiere of his international spectacle, “Trooping the Colors,” which sent audiences into a patriotic frenzy. “Cheer after cheer broke from the crowd and they stamped and howled,” the Pittsburgh Dispatch reported.

Later that summer, Sousa got sick with malaria but bounced back in time to bring his band for a weeklong engagement at the Pittsburgh Exposition Hall, which was located near the Point. On Sept. 11, Sousa and his musicians led a parade of returning soldiers from the 18th Regiment, Pennsylvania Volunteers, with their families, veterans and assorted patriots — a rare event, as Sousa and band marched in only eight parades throughout their 40-year history.

He played in the Duquesne Garden in Oakland in 1901, performed matinees at the Nixon Theater downtown and joined his 250-member Navy Jackies band at the Syria Mosque in Oakland in 1917, soon after it opened. He returned often to the mosque and spoke highly of its acoustics.

In 1901, Sousa was booked to help dedicate the new Music Hall at the Pittsburgh Exposition after the older one burned down. He created a special composition for the event, titled “The Pride of Pittsburgh.” It’s not one of his greatest hits, but he played it later under other names, including “The Belle Of Pittsburgh” and “Homage to Nevin and Foster” because it incorporated musical themes borrowed from great local composers Ethelbert Nevin and Stephen Foster. It remains unpublished. John Philip Sousa died in 1932, at age 77, after a concert in Reading, Pa.

(Thanks to Carnegie Library’s Pennsylvania and Music Departments and WQED-FM for assistance with this article.)

This article appears in the July 2013 issue of Pittsburgh Magazine.
Categories: Rick Sebak