The Pittsburgh Cultural Trust promises fireworks, fortune tellers and a grand finale on the first night of 2020. 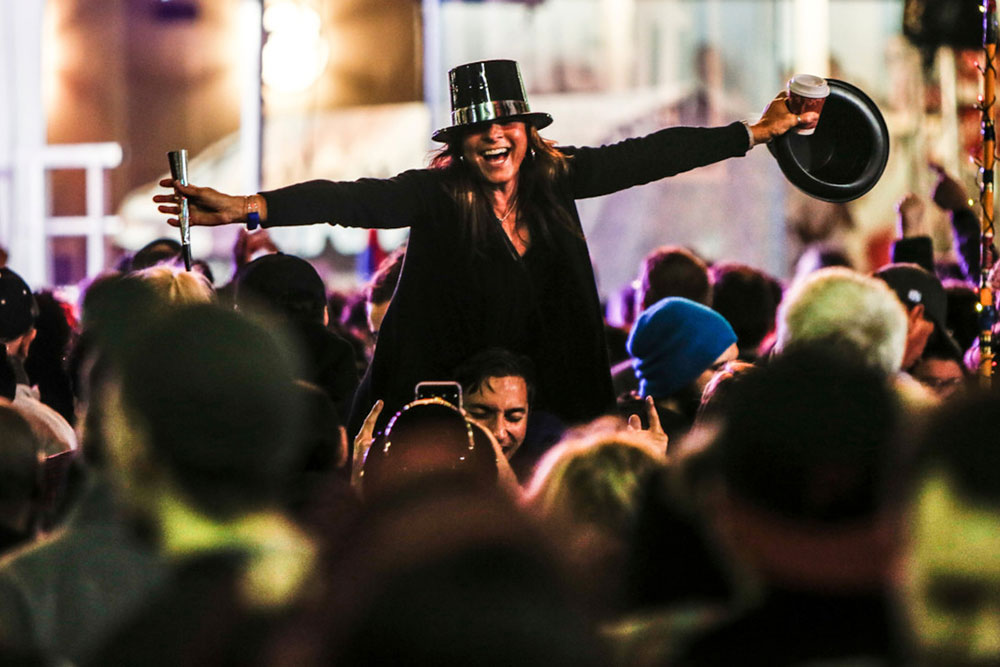 Pittsburgh plans to usher in the next decade with fireworks displays, giant puppets and entertainment of all kinds at this year’s Highmark First Night festivities.

The programming will be spread out across the Pittsburgh Cultural District, kicking off at 6 p.m. on Dec. 31 with the Dollar Bank Children’s Fireworks at the Dollar Bank Stage. After the show, Pittsburghers can warm up inside, where 90 percent of First Night programming takes place at different venues and event spaces throughout the Cultural District. 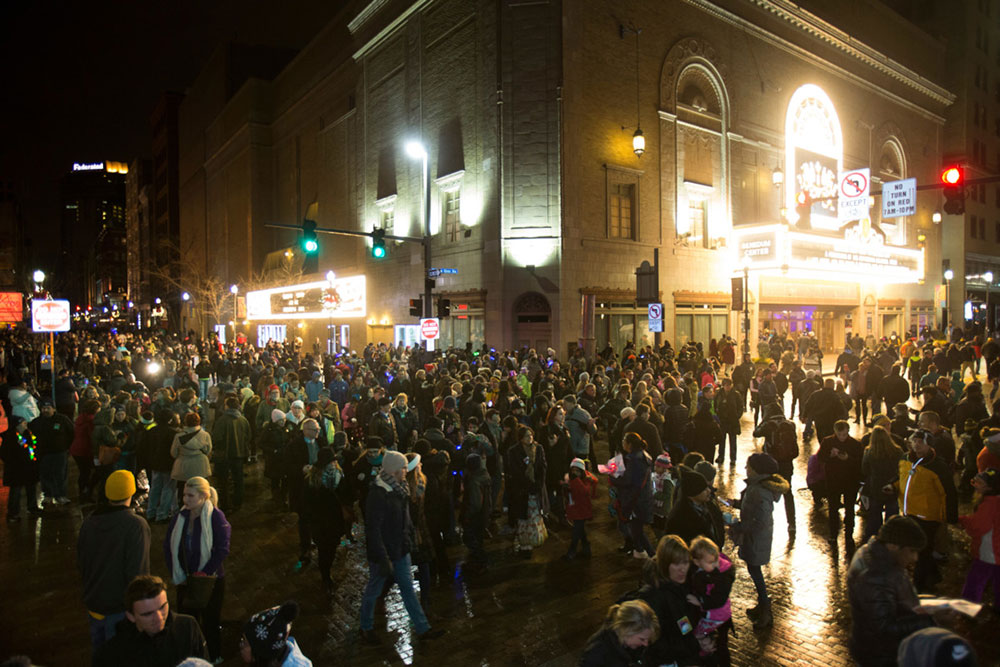 Those looking for a glimpse at the year ahead can check out the tarot card readings — along with face painting and caricatures — at Fifth Avenue Place, while Liberty Magic and the O’Reilly Theater will host magicians Jon Tai and Robert Ramirez respectively.

Attendees can kick up their feet and take in a show, choosing from Bookish in the ‘Burgh author talks, the New Year’s Eve Comedy Showcase at the Byham Theater and Zuzu African Acrobats at the August August Wilson African American Cultural Center among others. 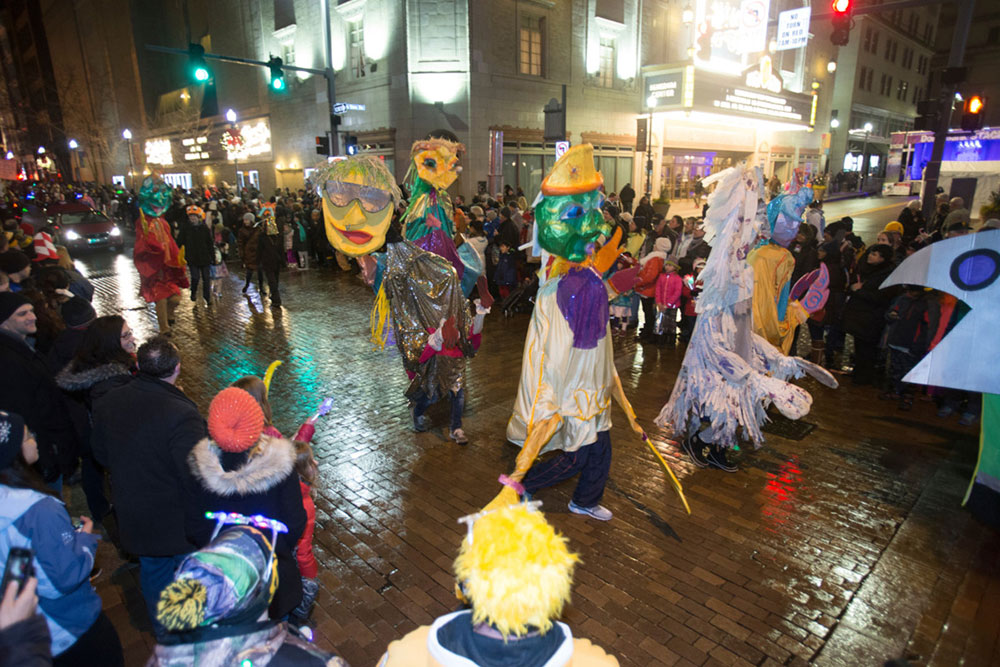 New this year, the Trust Arts Education Center is offering a sneak peek of a live game show called “Game Time!,” ahead of its April premiere. Meanwhile, the art crowd can peruse a plethora of galleries, including the public art space “Trust Oasis” on Seventh Street and an ice palace exhibit called “Prismatica.”

Those willing to brave the cold can enjoy the annual parade starting at 8 p.m. — this year featuring Studio Capezzuti’s giant puppets. 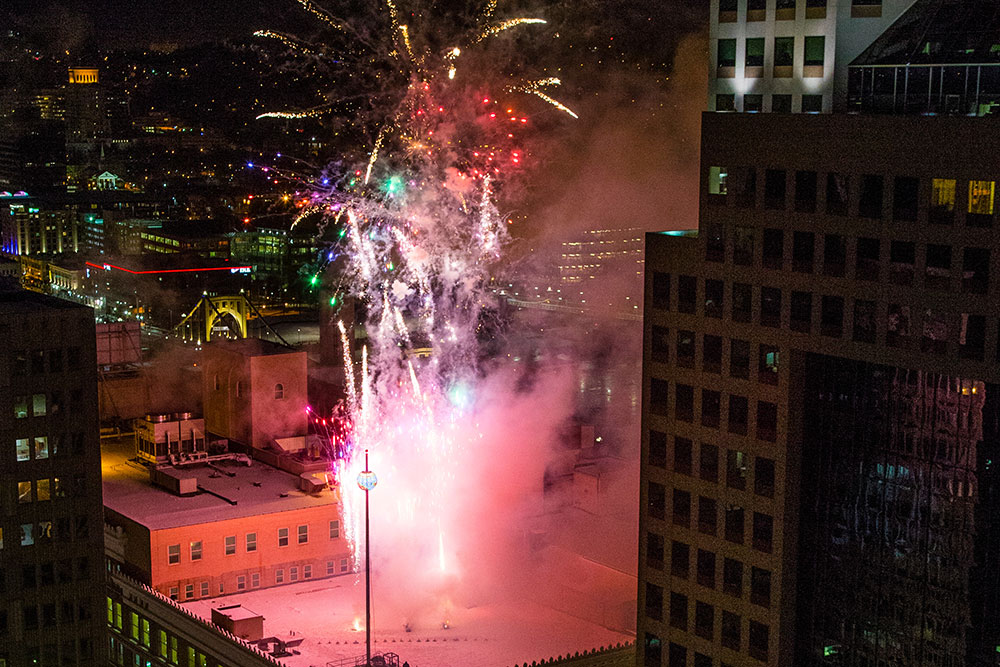 The evening will culminate in a grand finale, beginning at 10:45 p.m. when pop group The Shadowboxers take the Highmark Stage, and concluding with a countdown to midnight accompanied by a Zambelli fireworks display and raising of the Future of Pittsburgh Ball.

First Night admission buttons are $10 each, with free admission for children 5 and under. The First Night Friend VIP experience is $40, and includes priority access to seating, parking and a private lounge. Find more information at TrustArts.org/FirstNightPGH.