It was a deeply odd year for movies, but the big show is (finally) coming up Sunday. 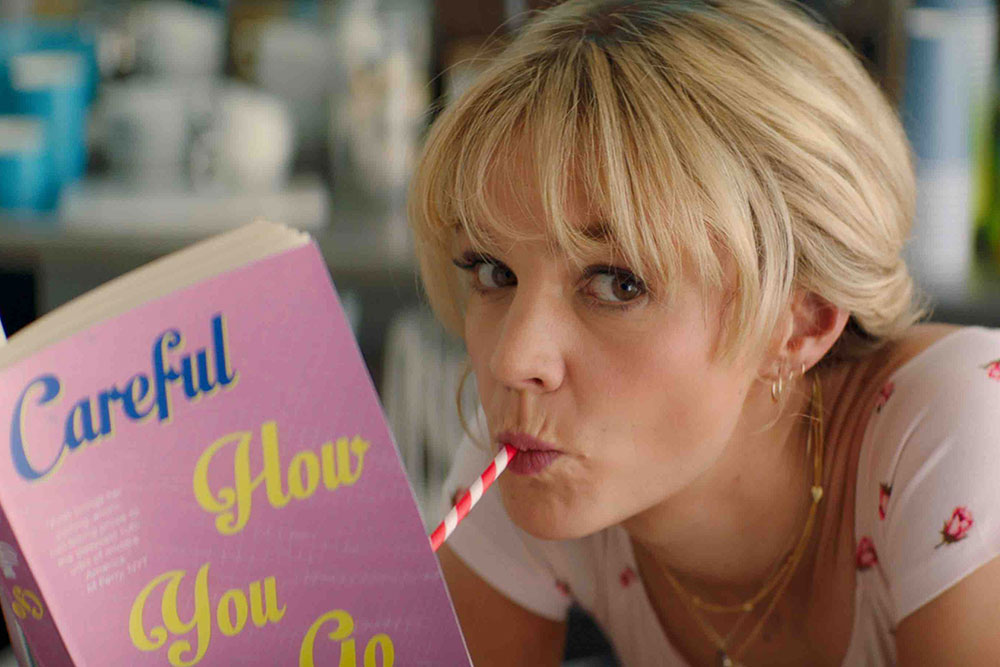 You’re more than forgiven if the Academy Awards have not been on your radar this year.

Aside from several gigantic, earth-shaking distractions, the movie business went through unprecedented shifts in 2020, both due to the pandemic and as part of the overall change to where, when and how we watch films. There were few blockbusters — and even the marquee films that appeared on streaming services did not, for the most part, light the world on fire. Many movies struggled to pull attention in a streaming environment so saturated it can rightly be called a digital swamp.

Yet there were dozens of great movies and plenty more very good ones. In a big silver lining for film fans, they’re more accessible than ever; many of the films that will compete at Sunday’s belated Oscar ceremony can be watched right now as part of a subscription fee you’re almost certainly already paying.

Consider this a two-part Oscar preview: What you should watch if you’d like to play a bit of catch-up, then, what’s going to win. (You can still ace your pool, even if you’re gathering over Zoom for the ceremony.)

Five Movies to Watch This Week
If you’d like to go into Oscar night with as much insight as possible, you can concentrate your pre-show viewing with some of the films most likely to have big hauls.

I’d start with “Ma Rainey’s Black Bottom,” the handsome adaptation of August Wilson’s classic. It’s all but guaranteed to win one acting award (see below for more on specific races) and could conceivably leave with two; it should also be very competitive in a few other categories. Plus: It was filmed in Pittsburgh, and we are rightfully proud of Wilson’s work around here.

Move on to “Nomadland,” still considered to be the front-runner for Best Picture and Best Director, with a shot to win in several other categories. Chloé Zhao’s beautiful, wandering story has a dynamite lead performance by Frances McDormand and that rare quality most prestige pics look for: Real, genuine insight into a hidden part of society. (It will also make you want very badly to visit Wall Drug in South Dakota.)

For my money, the best of all the nominated films this year is “Minari,” the semi-autobiographical, hard-luck tale from writer/director Lee Isaac Chung. It’s nominated widely, though no result — from an unlikely sweep and a mild-upset Best Picture win, all the way down to a heartbreaking shutout — would surprise me. In this case, though, who cares; it’s an excellent, moving film. Watch it.

Speaking of upsets: Don’t be shocked if “Promising Young Woman” pulls off a big one. The thriller is not thought of as a sure thing for any awards, but I’d put it in the mix for a bunch, including Best Actress and Best Original Screenplay. It may end up just happy to be nominated, but I’m crossing my fingers for a surprise. (Note that this one can be a bit of a heavy watch, but it’s worth the turmoil.)

Finally, I’d be sure to make time for “Judas and the Black Messiah,” the razor-sharp historical drama and civil-rights history lesson from director Shaka King. I think it’s likely to pick up Best Supporting Actor, and it’s a Best Picture nominee.

If you’ve already seen some of those — or if you’d just like to watch a bunch this week — here’s the tier I’d go to next. “Trial of the Chicago 7” has a lot of support, and could end up taking him some major prizes, including the big one at the end of the night. “Mank” is the most widely nominated film; I don’t think it’s going to win much, but it certainly has opportunities. “Sound of Metal” is most likely going to be a bridesmaid on Sunday, but it’s a great movie and well worth your time. “One Night in Miami” should’ve had more nominations, but probably won’t leave empty-handed; it’s at least favored to win Best Original Song. Pixar’s “Soul” is the heavy favorite for both Best Original Score and Best Animated Film. And, yes, “Borat Subsequent Moviefilm” could end up with gold; it’s got a shot at both Best Adapted Screenplay and Best Supporting Actress.

Before we move on, here’s where to watch all of the above: Netflix has “Ma Rainey’s Black Bottom,” “Trial of the Chicago 7” and “Mank.” Hulu has “Nomadland.” Prime has “Sound of Metal,” “One Night in Miami” and “Borat.” Disney+, of course, has “Soul.” Finally, you’ll have to shell out a one-time payment to rent “Minari,” “Promising Young Woman” and “Judas and the Black Messiah” via on-demand services, such as iTunes, Amazon, YouTube and your cable provider.

What’s Going to Win?
Let’s take a look at the big races, then I’ll provide a full list of predictions (for those of you simply looking for that Oscar-pool cheat sheet).

Taking it from the top, there are eight nominees for Best Picture, but it’s looking like a three-horse race. “Nomadland” has been the favorite since long before we had seen any of these movies, but “Trial of the Chicago 7” has fervent supporters and netted the top prize at the SAG Awards. If those two split voters, there’s room for a “Minari” upset. Any one of those three could win, but — reluctantly, as I think it’s the weakest of the field — I’m predicting a win for “Trial of the Chicago 7.” It feels like the kind of movie Oscar voters go for, and neither “Nomadland” or “Minari” has the steam to overcome that in the way that a movie like “Moonlight” did a few years ago. That said, this is a close one; don’t bet the farm on anybody.

Two of the acting races feel preordained. Chadwick Boseman has been likely to pick up a posthumous Best Actor Oscar since the moment of his untimely passing, and I think he’s certainly going to win, given his fantastic performance in “Ma Rainey’s Black Bottom.” Daniel Kaluuya also feels like a lock for Best Supporting Actor, with his turn in “Judas and the Black Messiah” being perhaps the surest bet among the nominated performances.

In Best Supporting Actress, I’d predict that Yuh-Jung Youn will net “Minari” its most high-profile award, though there are two potential spoilers: Maria Bakolova, who has earned several critics’ prizes since becoming the breakout star of “Borat Subsequent Moviefilm,” and Glenn Close, who is eventually going to win an Oscar when we least expect it (and “Hillbilly Elegy” certainly is when we least expect it). I don’t think there’s an upset coming, but one is more likely than in either of the acting races.

As far as Best Actress goes: In short, I have no idea. (Except that Vanessa Kirby is not going to win.) Carey Mulligan could absolutely win for “Promising Young Woman,” since she’s a highly respected performer (and it’s the most likely spot for the Academy to honor the movie). Viola Davis could win because she’s Viola Davis; her Ma Rainey already triumphed at SAG. “The United States vs. Billie Holiday” may not have been well-received, but Andra Day’s performance was, and she won the Golden Globe, so she’s in the running. And two-time winner Frances McDormand can never be counted out; for much of the year, she was seen as the favorite. I know that the smart money is (slightly) on Mulligan, but I think that “Promising Young Woman” will be seen as too much of a genre film by the dusty element among the Academy’s voting block, opening the way for Viola Davis. As in Best Picture, I’m not full of confidence, but I’d pick Davis.

The lock of the night: Chloé Zhao is absolutely going to win Best Director, becoming just the second woman to win the award.