Our Next 75 asks civic leaders to set a course for the region’s future. 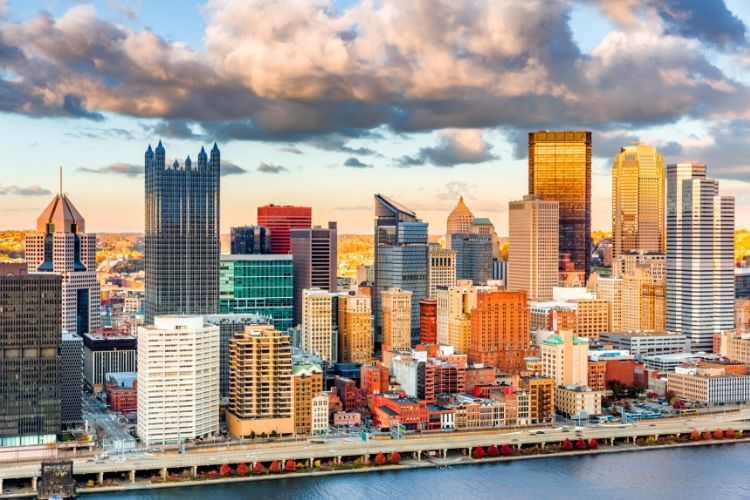 It’s been 75 years since R.K. Mellon and Mayor David L. Lawrence launched what would be known as the Pittsburgh Renaissance to clean up the city’s air and water. The challenges for the next 75 years are not as obvious, but an initiative by the Allegheny Conference on Community Development is asking civic leaders to take stock of where we are and where we can go.

The Our Next 75 initiative had its coming out party on Thursday at the Wyndham Grand Hotel Downtown when more than 1,000 leaders from across the 10-county region gathered at a summit to compare notes and be inspired to work together on projects to take the region into the future.

“We are in a far better position now than we were back then,” said Jeff Broadhurst, president and CEO of Eat’n Park Hospitality Group, who is co-chairing the effort’s steering committee comprised of a diverse group of emerging and established leaders.

“Pittsburgh gets studied by a lot of other cities, a lot of other regions, as a place that has been successful in facilitating a turnaround,” said summit speaker Andy Levine, chairman of Development Counsellors International, an economic development and marketing firm. He noted that challenges remain, including improving the public transportation system and diversifying the population.

“What it lacks in diversity, it makes up for in community,” said steering committee co-chair Toni Murphy, Regional Vice President of Comcast Business.

“People generally really like each other, get along and work together,” Broadhurst added.

Keynote speaker was Caterina Fake, a serial entrepreneur and venture capitalist who was the co-founder of Flickr and former chair of Etsy. The Pittsburgh native noted the “incredible talent pool” of technology experts in the region, thanks primarily to Carnegie Mellon University and the University of Pittsburgh.