What We're Reading in May 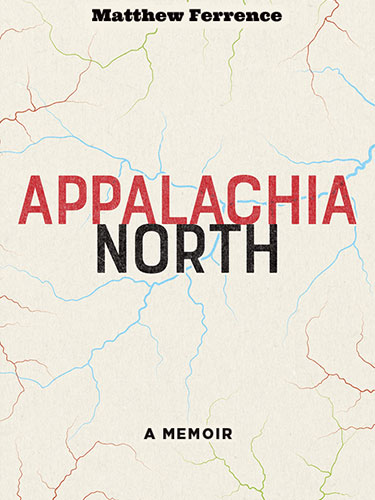 The word Appalachia certainly can conjure a set of stereotypes: poor, white, backwoods and backwards. This set of tropes is so pervasive and reductive that we continue to use it as the narrow lens through which we view the 2016 presidential election.

Pittsburgh is very much a part of Appalachia, a region that stretches from Alabama to New York. The fact that “very few people” in our area “actually see themselves as Appalachian,” encouraged Ferrence to explore the tensions surrounding that identity. As he admits, “The writing of this project is at once the continuation of my own self-discovery as Appalachian, a reassertion of the validity of western Pennsylvanian experience as more than Pittsburgh steelwork, and a further investigation into how the labels of Appalachia have been drawn and written.”

Ferrence, a creative writing teacher at Allegheny College in Meadville, was diagnosed with a brain tumor in February 2016, and his memoir is very much a study of crisis; his cancer precipitates an interrogation into his identity. The cultural and topographical landscapes of Appalachia intersect with the author’s biology, creating a confluence into which Ferrence’s book wades.

“Appalachia North” acts as a kind of ridgerunner, those staffers who walk the Appalachian Trail offering brochures and reassuring faces alike to the hikers, by providing a deeply meditative study of both the geology and literature (and therein the complex identity) of Appalachia, a region that “has long persisted in the American imagination as an ahistorical, Rip Van Winkle sort of temporally frozen wilderness.” 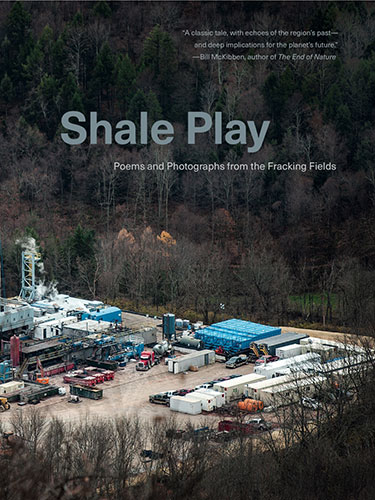 Hydraulic fracturing, aka fracking, is an incredibly contentious subject in Pennsylvania. Poet Julia Spicher Kasdorf and photographer Steven Rubin have created Shale Play: Poems and Photographs from the Fracking Fields as a way of returning the arguments, which too often feel like the sole province of industry and government, to a more human scale.

Barbara Hurd comments in her foreword, “the poet and photographer are teaching me how to see this landscape and the everyday lives of individuals who live here.”

The here she refers to are Tioga and Lycoming counties in north-central PA and Westmoreland and Fayette in our southwest corner.

Kasdorf’s poems are told in the voices of the members of these communities in the style of Edgar Lee Masters’ classic volume “Spoon River Anthology.” A pastor laments, “Oh, I’ve got plenty / to keep me on my knees.” while an angry mother rages, “Let them think I’m too dumb to back down. My son / won’t play on any T-ball team with industry logos on their shirts.”

May 28/ Local writer Stewart O’Nan has quietly created a large body of impressive work, including a book co-written with Stephen King on their shared Boston Red Sox fandom and “The Circus Fire,” a work of historical non-fiction investigating the Hartford circus fire of 1944. He’ll read from his latest novel, “Henry, Himself,” (a prequel to his lauded “Emily, Alone,” published in 2011) at City of Asylum.
NORTH SIDE: 40 W. North Ave.
412/435-1112, cityofasylumbooks.org