Reviews of “An American Odyssey: The Life and Work of Romare Bearden” and “Patsy Cline is on the Radio.” 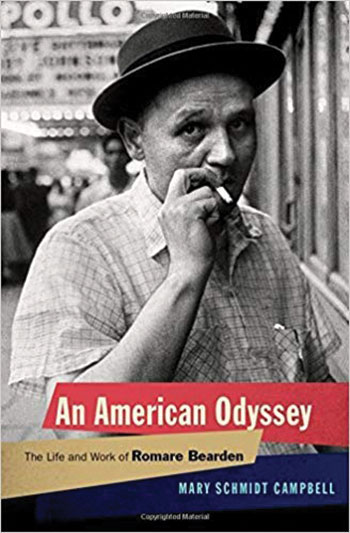 The artist Romare Bearden may have been born in North Carolina and raised in New York City, but Pittsburgh played a major role in shaping his art and aesthetics. Mary Schmidt Campbell’s biography, “An American Odyssey: The Life and Work of Romare Bearden,” provides not only a detailed account of Bearden’s life but also an astutely critical examination of every facet of his art.

Campbell spent a decade as the executive director of The Studio Museum in Harlem, where Bearden’s “Conjur Woman” hung in her office. There’s a familiarity between author and artist felt in these pages that allows even the theory-heavy passages to come across as warm and knowing rather than clinical.

Bearden’s grandparents owned and operated a boarding house on Penn Avenue in Lawrenceville. He lived with them twice for extended periods of time — first around 1920, then in 1927. Bearden came back to Pittsburgh as an adult while working on a piece of journalism that examined the role of black laborers in steel mills. The article appeared in the Amsterdam News with an accompanying photograph of Lawrenceville.

Campbell writes, “Scenes of Pittsburgh are pervasive in his art, from his earliest political cartoons that took up the cause of oppressed mill workers to his early social realist paintings that represented the lives of struggling families and laborers. Pittsburgh appears again, more forcefully, in his mature collages, often as a city of mysteries and secrets.” Bearden’s mural, “Pittsburgh Recollections, 1984,” was commissioned by the Port Authority of Allegheny County for the Gateway Center T station.

Campbell also explores Bearden’s influence across artistic genres, particularly in regards to the work of famed local playwright August Wilson, who took inspiration from the artist for “The Piano Lesson” and “Joe Turner’s Come and Gone.” 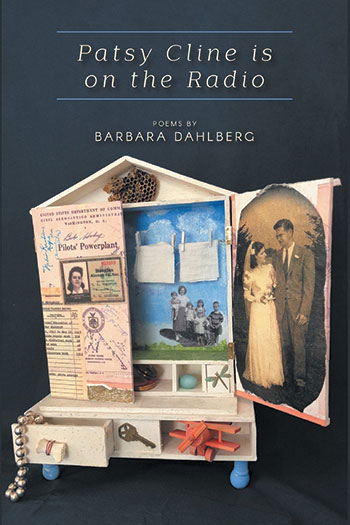 Patsy Cline is on the Radio
By Barbara Dahlberg
Finishing Line Press; $19.99

The visual arts inform the work of Regent Square poet Barbara Dahlberg as well. Her poetry collection, “Patsy Cline is on the Radio,” is rife with elegant imagery. You can almost smell the odor of decay in lines from “Minnesota Summer,” and she deftly conjures a Hitchcockian unease in “Crows.”

Dahlberg spent 20 years working as a teacher in Pittsburgh Public Schools. It’s an experience rendered poignantly in lines such as, “One cold recess in February, my favorite second grader, / shivering, leans into me and I wrap my coat around us both. / His teeth are rotted. / In the background I see the city skyline.”

Her work traverses not only the “snow mounded, sky black” hills of Pittsburgh but also the variegated topographies of Oklahoma, Minnesota and New Mexico. Grief and survival form the emotional core of the collection, but Dahlberg is never sentimental. She deals explicitly in hard truths, whether it’s the disintegration of a marriage, the exigencies of military service or life after a cancer diagnosis.