Reviews of two books that explore in fine emotional detail the relationships among blood relatives..

The phrase “blood is thicker than water” has been kicking around for a long time. A Google search tracks its first appearance to the 12th century, but the saying is most commonly attributed to Sir Walter Scott’s novel “Guy Mannering” (c.1815). It continues to hold sway in the popular imagination all these years later.

Two recent works offer deep dives into their respective author’s family lines, exploring in fine emotional detail the inheritance of blood and those ties that bind. 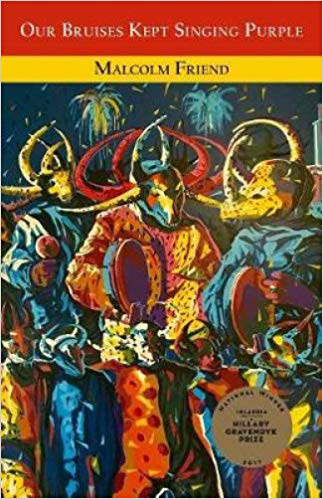 The poet Malcolm Friend’s debut full-length collection, “Our Bruises Kept Singing Purple,” winner of the 2017 Hillary Gravendyk Prize, animates the dual streams of the author’s heritage in a series of poems that depicts an inner dialogue taking place at a level we’ll call the cultural-cellular. Friend’s Puerto Rican legacy by way of his father and his mainland lineage (Friend comes to Pittsburgh via his hometown of Seattle) are given form as The Bomba Man and The Blues Man.

The two hash things out in dual-voiced poems such as “The Bomba Man and The Blues Man Argue Over Who Has to Bury Malcolm’s Body”: “his lengua is yours his arms yours // pound a tambor for him play a few notes on them strings”. It’s in the double-spaced void Friend leaves between each phrase, here in the “reverb of bone and tissues” that personal identity is forged from the competing voices.

Friend’s poems offer a sometimes painful level of intimacy to the reader, as in the prose poem, “Why I Can’t Watch Any Videos Where Black People Are Attacked,” “Every night you sleep / with corpses in your bed, see your face in every one of them, wonder / how your bed became coffin, mass grave.” Later in “On Being Told I Look Like the Rapper J. Cole, or List of Black People I Apparently Look Like, or Do All Black People Look Alike?,” he provides the reader with a searing answer to that very question, “Which is to say I wonder if / our faces will ever stop / bleeding together, if we’ll ever stop bleeding together, if we’ll ever / stop bleeding.” 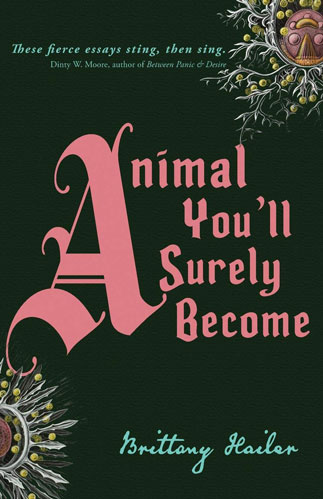 Brittany Hailer’s excellent collection of personal essays, “Animal You’ll Surely Become,” shares in Friend’s interrogation of one’s forebears as a search for self.

“I was born to two alcoholics: a mother and father in their early twenties”, she observes in “Girl Born with a Janus Head.” Throughout the attendant essays, Hailer seeks to understand her parents’ struggles with addiction as well as her own. Later, in “A Body Marching Blindly Home,” she’ll confess, “I got drunk for the first time when I was 12.”

A freelance reporter and creative writing instructor, Hailer sees writing as a path not only to understanding who you are but also to owning and loving that self. “To say, look, this is how it feels, this is my truth. It is naming the ether, drawing an outline out of the dark”.

This article appears in the February 2019 issue of Pittsburgh Magazine.
Categories: Things To Do