What We're Reading in August

Two recent and very different books share in the conviction that writers must take a good look at the world around them and report what they have witnessed. 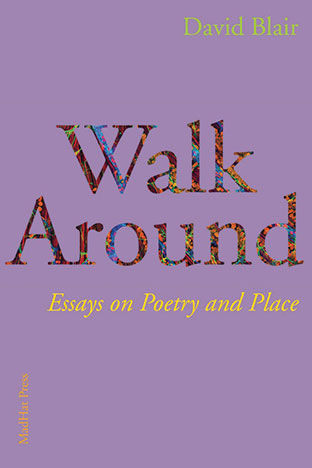 David Blair’s peripatetic Walk Around explores poetry by way of the places he’s lived, many of the essays lingering around Squirrel Hill, which the author called home in his youth. “What was Murray Avenue? An existential art movie, people wandering around, poking around, kids, senior citizens, a precipitous hill turning its citizens into classical goats, used books, used records, pizza, crummy winter, endless … the capital of nowhere but commanding the closest scrutiny, the neighborhood, our own.”

Blair, a poet himself, shows off his musicality and command of cadence throughout this inquisitive collection as he wanders his cities, which also include Boston, Dublin and Greensboro, N.C. Whether browsing the bins at Jerry’s Records or delighting in the “disreputable resources” employed by the Slovenian poet Tomaž Šalamun, Blair is an excellent companion for an afternoon ramble. 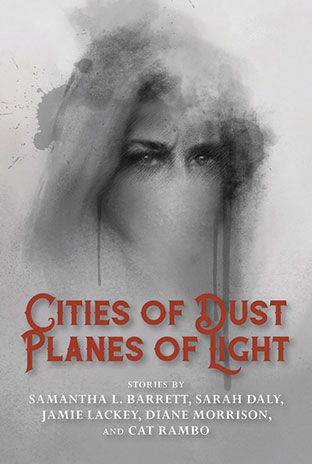 Cities of Dust,
Planes of Light
Air and Nothingness Press; $20

Much less earthbound, Cities of Dust, Planes of Light is a slim anthology of contemporary science fiction stories written by women from local publishing house Air and Nothingness Press. There’s a recurring theme of pioneering throughout this fine collection, which evokes the plight and adventure found in being a settler on a new world.

Stories of this type are resonant because they tap into the pop culture tales of the Old West that are essentially America’s mythology. This bit from the story “Lot 814: A Series of Letters – Dated Before the Lunar Defection, Recently Discovered Amongst the Possessions of the Late Princess Alicia III,” by Pittsburgh author Jamie Lackey, fuses the sentiment of Manifest Destiny to the notions embodied by a certain statue in New York Harbor.

“I left the earth because I was tired of inequality, because I wanted to help build a world where people were acknowledged and respected for their accomplishments, not for their class or gender or race or proclivities.”

It’s sobering to see the idea of America rendered as science fiction. For the reader this begs the question, Why is this character leaving the planet in search of something we claim already exists?

AUG. 20
Journalist Beth Macy visits Pittsburgh Arts & Lectures’ New & Noted series to discuss her latest book, “Dopesick: Dealers, Doctors, and the Drug Company that Addicted America.” Macy investigates the opioid crisis from its beginnings with the introduction of OxyContin by Purdue Pharma into the marketplace in 1996. Since then, deaths from drug overdoses have reached an all-time high. Bleak and frustrating, Macy’s book paints a picture of avaricious drug companies, doctors blithely over-prescribing addictive narcotics and the communities left in their wake.

Earlier this year Pittsburgh lost two literary giants. The poet Jimmy Cvetic presided over our city’s longest-running reading series. Operating continuously since 1975, his Hemingway’s Summer Poetry Series has given poets young and old a welcoming space to share their work with an appreciative and engaged audience.

Chuck Kinder was the author of three novels, a memoir and a handful of poetry collections. Kinder taught creative writing at the University of Pittsburgh for 34 years, beginning in 1980.

Both writers were tireless when it came to encouraging new writers in their craft. Equally important to their legacies was their shared insistence that literature existed in, and played an important role in shaping, the greater community. The notion is that literature is not a hermetically sealed objet d’art, but rather something vital and necessary that shows us ourselves and asks that we do better.