What We're Reading in April

I don’t know about you, but spring makes me eager to get out into the sunshine and explore the city. From cruising the streets and waterways via Just Ducky Tours, to traversing our hillsides by way of city steps, to taking in an afternoon of neighborhood breweries on the Pittsburgh Party Pedaler, we have a cornucopia of options when it comes to discovering Pittsburgh anew.

But what if you can’t get out? What if you’re stuck at work or just don’t have the time? Well, you are in luck. You can take an unconventional excursion in the pages of three new books, each with a very particular lens on Pittsburgh. 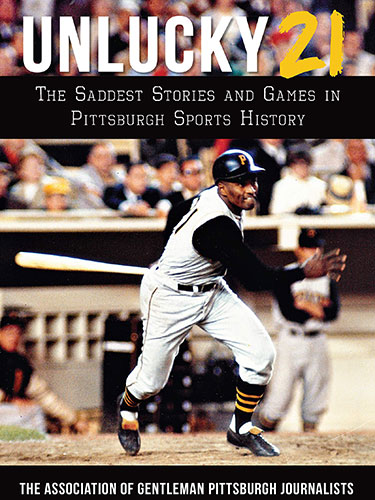 Unlucky 21: The Saddest Stories and Games in Pittsburgh Sports History
By The Association of Gentleman Pittsburgh Journalists
The History Press, $24.99

The Association of Gentleman Pittsburgh Journalists’ “Unlucky 21: The Saddest Stories and Games in Pittsburgh Sports History” is a compendium of woeful tales sure to open new vistas for the reader. As David Finoli writes in his introduction, “While it is easier to tell stories of victories that evoke sweet memories, the stories contained in this book are equally important parts of the phenomenal history of sports in this town.”

The well-known tragedies of Roberto Clemente and Mike Webster are here, but so are the lesser-known tales, those of the likes of Pirates pitcher Bob Moose, who died in a head-on collision in 1976, and boxer Harry Greb, who suffered the final KO after receiving routine eye surgery. As with all good sports writing, these stories are told with wit and vigor. There may be no crying in baseball, but you wouldn’t know it from this book. 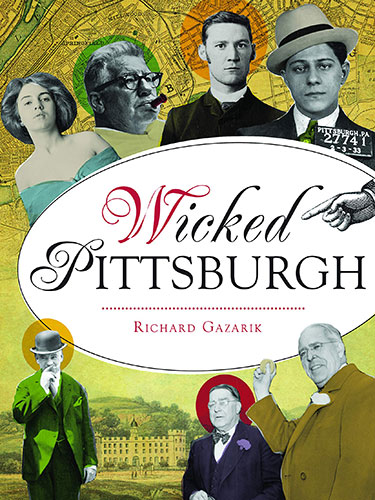 Muckraking journalist Walter Liggett nicknamed Pittsburgh the “Metropolis of Corruption” back in the 1930s. Richard Gazarik’s modern-day “Wicked Pittsburgh” argues that the steel city’s dalliance with ill-repute is really more of a long-term engagement. Gangsters, bootleggers, racketeers, gamblers and crooked politicians run roughshod over the law in these thrilling pages by the longtime Pittsburgh journalist.

“Wicked Pittsburgh” is the stuff of film noir. Who were the mysterious skeletons dug up under the floor of notorious Downtown dive Oyster Paddy’s? Did some of the most wanted criminals in the country lay low on the streets of the North Side, aka “Little Canada”? How did Roxie Long earn his reputation as the most arrested criminal in the city? Gazarik’s gritty little tome takes a fresh look into the darker corners of town. 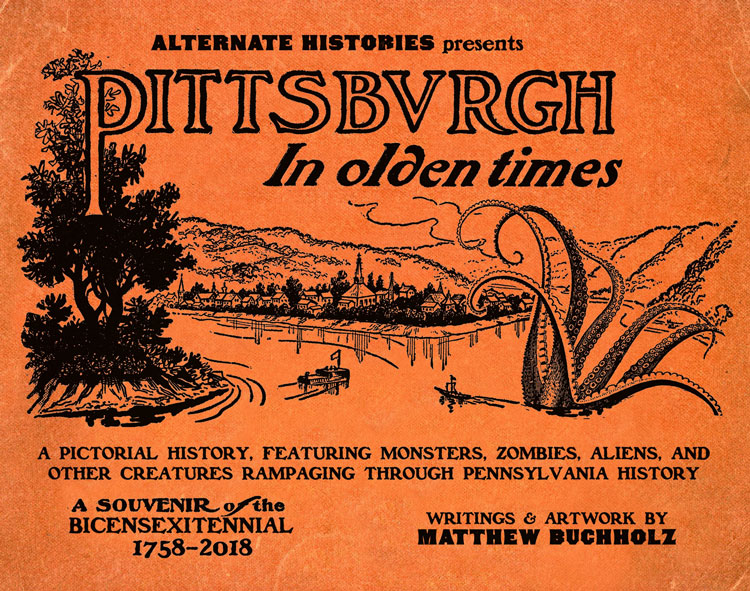 And finally, Matthew Buchholz’s Alternate Histories presents “Pittsburgh in Olden Times,” a truly different look at our town. Buchholz repurposes vintage maps, lithographs and photographs by inserting imagery from old science fiction and monster movies. In these pages, it’s not unusual to see giant squids emerging from the muck of the Monongahela River or Gamera stalking past the Allegheny County Courthouse. Andrew Carnegie’s personal robot servant even makes an appearance in this love letter to the ’Burgh.

April 29/ Bestselling author Erik Larson visits the sixth annual Mt. Lebanon Public Library Speaker Series. Larson writes narrative nonfiction that tells true stories with all the punch and character insight of a great novel. He regaled readers in 2003 with the thrilling tale of a serial killer loose at the 1893 World’s Fair in Chicago in “The Devil in the White City,” which spent six years on the New York Times Best Sellers List and won an Edgar Award. His latest, “Dead Wake: The Last Crossing of the Lusitania” recounts the sinking of the great ocean liner during World War I.
MT. LEBANON: Mellon Middle School Auditorium, 11 Castle Shannon Blvd.
412/531-1912, mtlebanonlibrary.org

This article appears in the April 2019 issue of Pittsburgh Magazine.
Categories: Things To Do