What to Do with an Old Bank? Redecorate with Part of a Plane

The former PNC Bank in West View is now a community resource center with some very unique features. 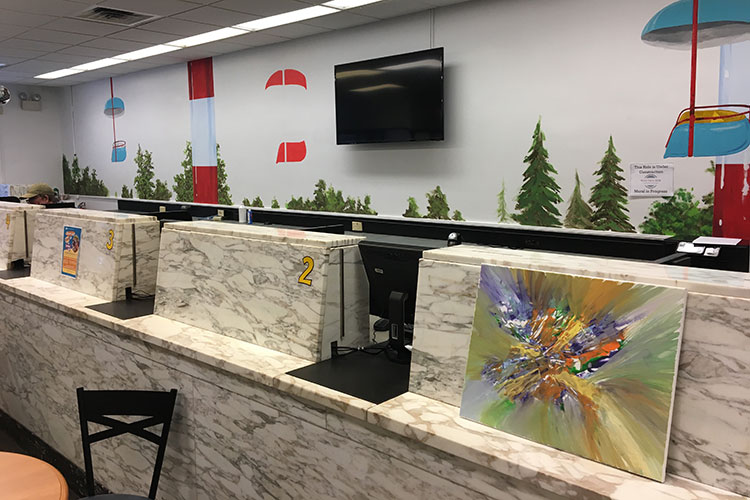 A West View native’s interest in giving back helped transform a former bank into a community asset.

The West View Hub opened on June 5 in an old PNC Bank on Perry Highway. At first glance, the Hub appears to be a long-needed library, but the community resource center offers a variety of services.

The creation of the Hub was spearheaded by Scott Pavlot and his companion after he retired from IBM and was looking for a way to help the community.

With a $68,000 grant from Ethel Varney Foundation and a deal from the borough on the abandoned bank, he and more than 60 volunteers put in nearly 4,000 hours of work since March to create the Hub. 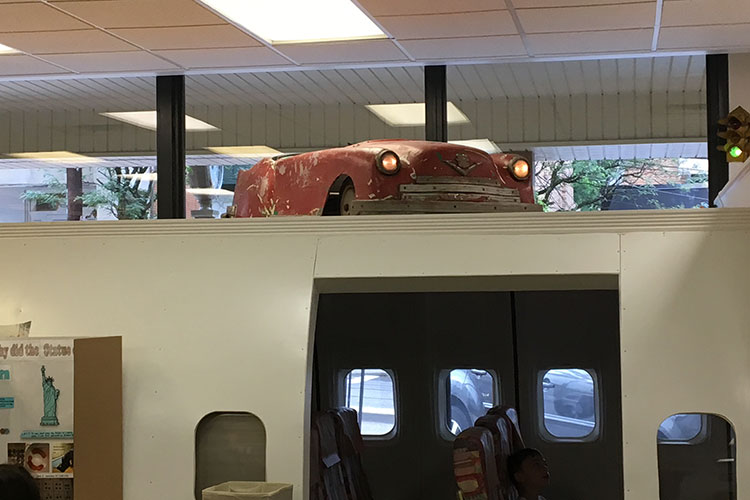 The grant covered the remodeling, which includes turning the bank vault into a children’s reading room, adding the interior of a Boeing 727 aircraft – obtained from a Netflix prop sale – as a children’s theater, and converting the bank teller windows into a technology bar. The technology center provides access to public computers and free Wi-Fi, something Pavlot says about 30 percent of the community didn’t have access to before. The Hub’s children’s programs attract 25 to 30 children a day, says Pavlot.

“The concept is basically to serve a real defined need in terms of being a library, but also in a very discreet, respectful way, provide access to agencies and services,” says Pavlot. 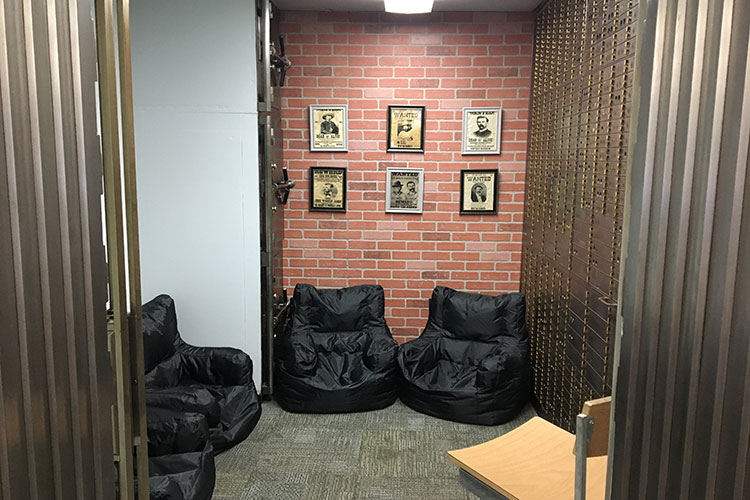 In the future, the Hub will offer a variety of programs on subjects such as financial planning, parenting and technology with the help of community partners. There also are plans for a food pantry.

The Hub also features memorabilia from West View Park, an amusement park that closed in 1977 but has remained a large part of West View’s identity.

Pavlot says he wants the Hub to be “fully immersed and engaged with the community.”