Before walking down the aisle, Pittsburgh couples try all kinds of things to calm their nerves and pass the time.

It’s the big day — the bright red circle on your calendar, the numbers written in rolling calligraphy on the invitations, the date you will celebrate every year for the rest of forever. But there are still a couple of hours before you walk down the aisle. How can a soon-to-be-wed couple pass the time before the marriage starts? 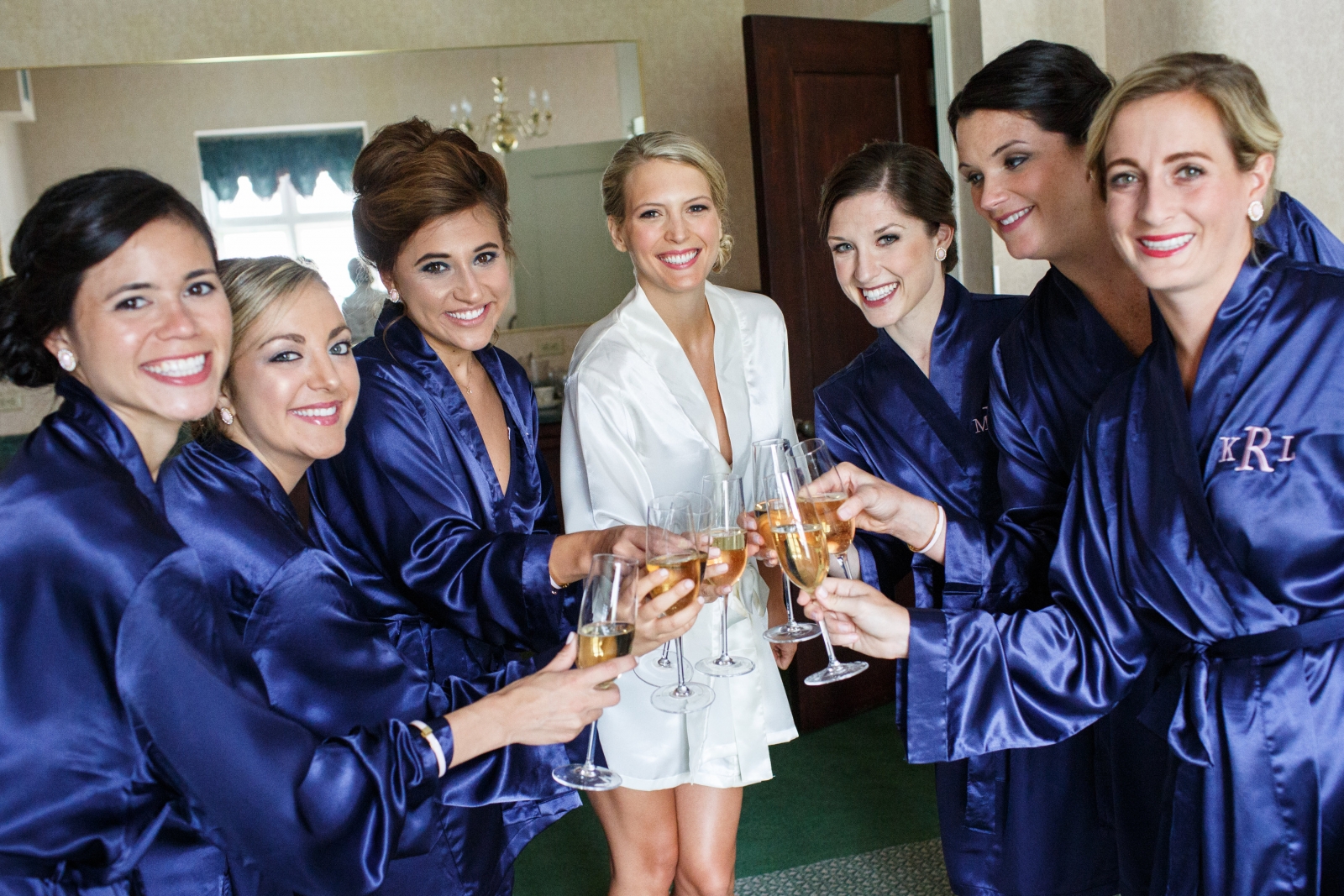 photos by alisa milnthorp, for Weddings by Alisa

Option 1: Apart ‘till the Marriage Starts

While Ashley Miller and her six bridesmaids sat on the couch, sipping champagne in matching silk robes, Ashley’s groom-to-be was sweating at the gym.

The couple married on Aug. 30, 2014, at St. Mary of the Mount church, with a reception at the Pittsburgh Athletic Association — a venue that came with a basketball court. Joseph Haynos and his groomsmen, as well as a few other family members and friends, filled the hours leading up to the ceremony with a rousing game of basketball. 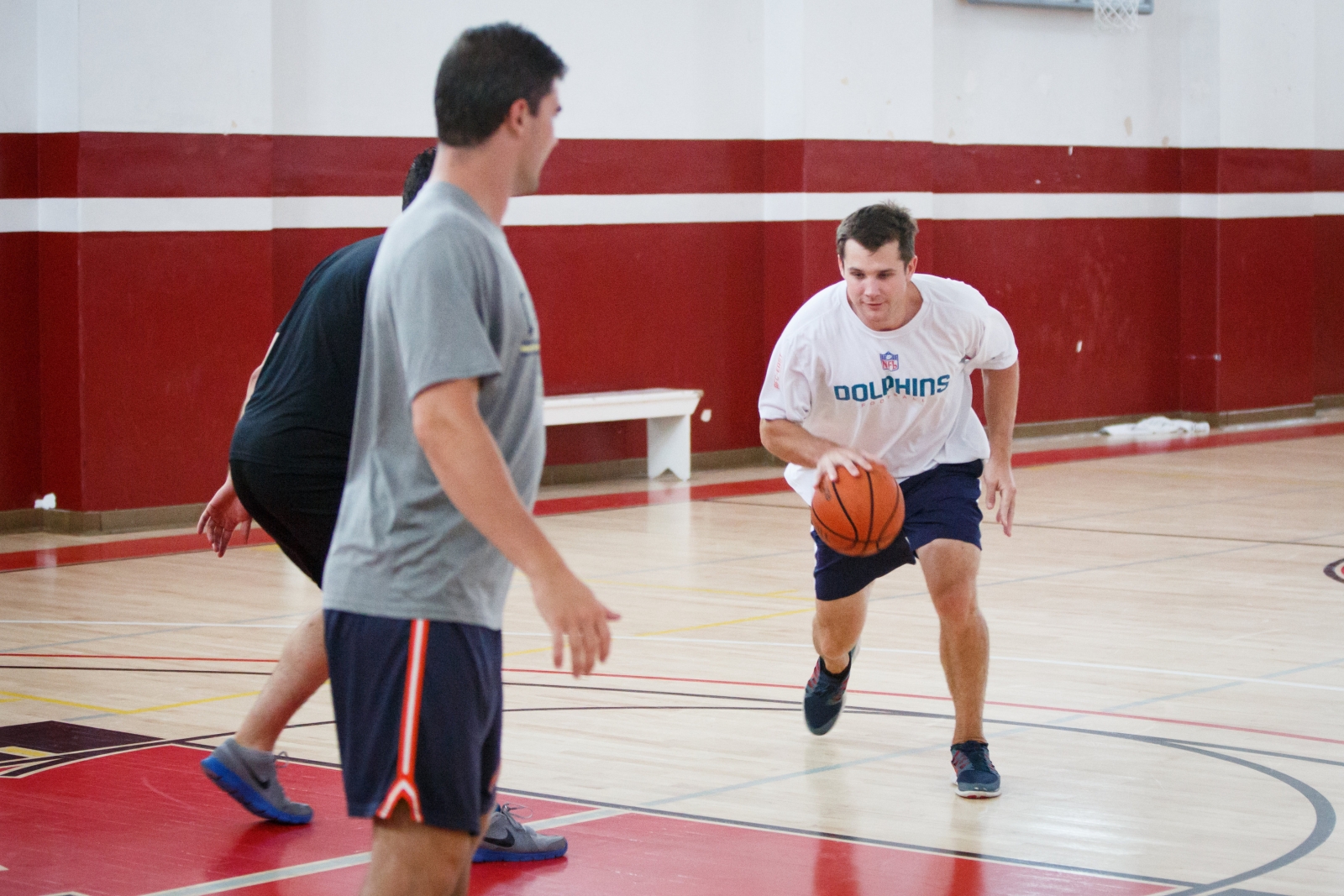 According to wedding planner Ashley Moss, this type of activity is not uncommon. The groom, who usually requires significantly less amount of time to get ready for the wedding, often will plan an outing with groomsmen such as a meal or a sporting event. Moss says the activity they choose depends on the time of year and the groom’s personality. 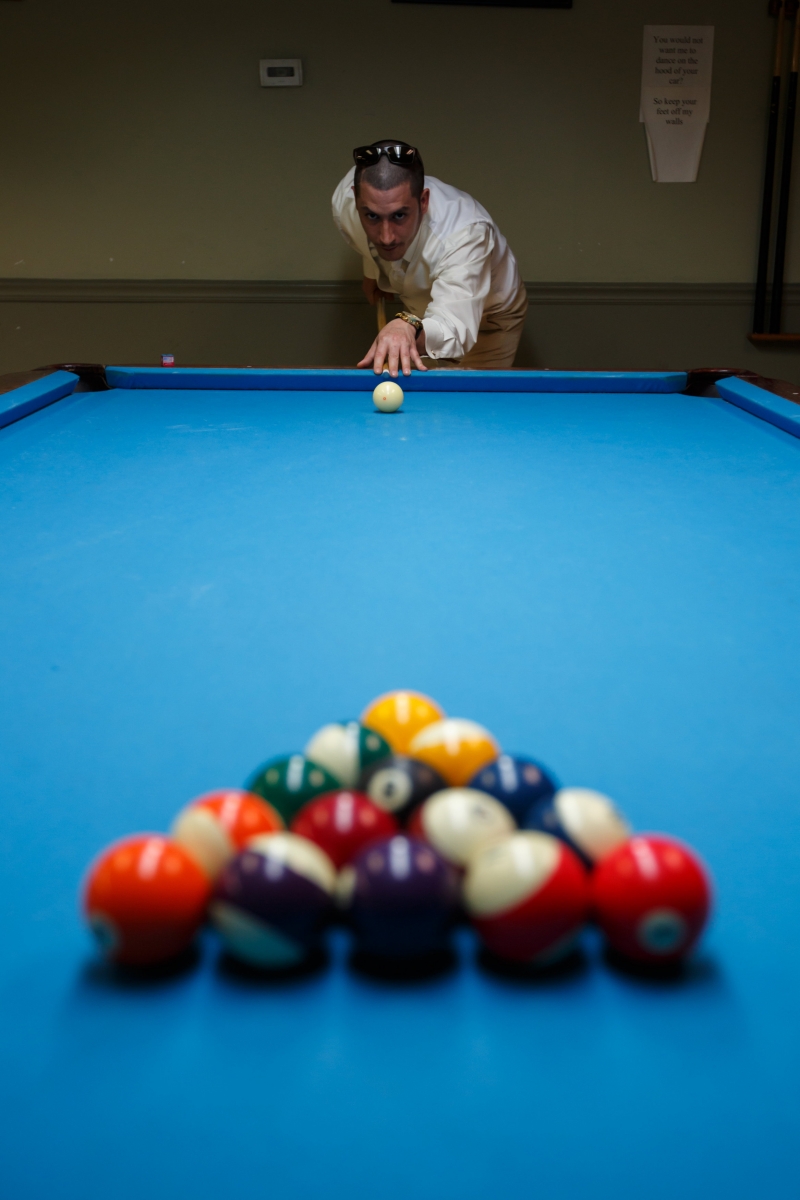 Don Kuhn, who wed Angel Malley on May 10, 2014, at Futules Harmar House, played pool before his wedding ceremony. He stayed at home enjoying pizza and beer sent over by his fiance, who worried he would forget to eat without her around. The couple, who had been living together for almost 10 years, spent the previous night apart. Angel said the separation was hard for them, but they wanted to amp up the excitement of finally seeing each other down the aisle.

While Don took over the house, Angel and her bridesmaids went to a salon for a makeup application before the ceremony.

Couples who prefer to dodge one another before the ceremony may choose to send letters or gifts with last-minute sentiments instead. In her letter, Angel reminded Don to stay calm, as he tends to become nervous in front of large crowds.

Regardless of how brides and grooms choose to spend their time apart, Moss says the most important thing is to be around the people who came to celebrate with you so you can enjoy the time with family and friends before the ceremony. 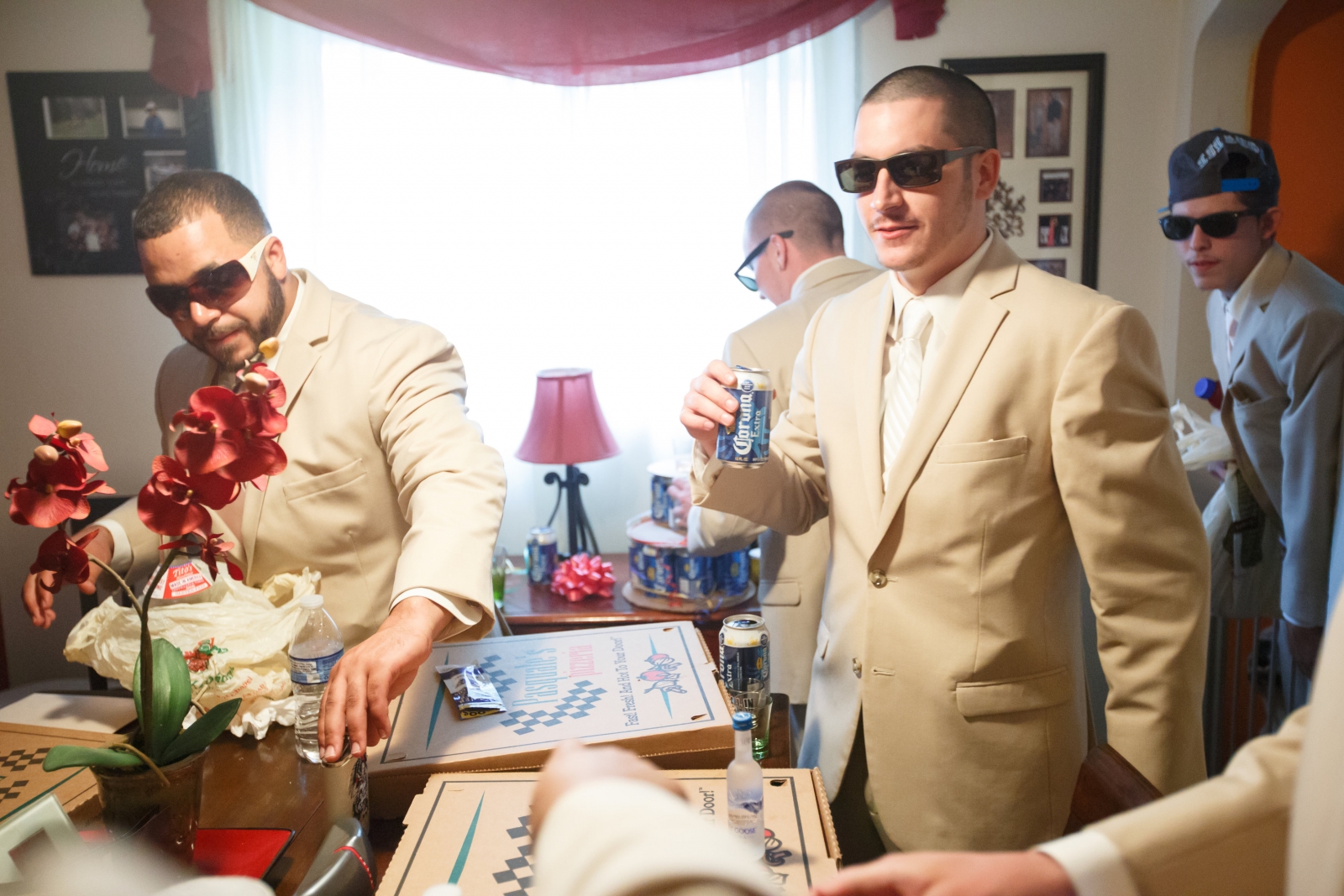 Option 2: Together (even before you say) Forever

The old myth holds that it is bad luck to see one another before the ceremony, but nowadays, couples are turning that tradition on their head. “First looks” — in which couples meet face-to-face after getting ready — are gaining in popularity, according to Jen Flores, wedding planner for Garnish Event Designs.

Once ready, the couple meets at a designated location with the photographer and the rest of the bridal party. Here they will choose a meaningful way to have their “first look.” According to Flores, sometimes that involves backing into one another or descending a grand staircase.

Nikki and Corey Jacobs, who wed on Apr. 12, 2014 at St. Sebastian church, chose to use blindfolds to make the moment perfect for them. The couple met at a park where Corey stood blindfolded waiting for Nikki to arrive. As she untied the blindfold, Corey had his first look at his bride-to-be.

Flores says a first look is a great way to ease nerves before the ceremony and can make the experience more fun for the bride and groom. As an added benefit, it can result in fantastic pictures. 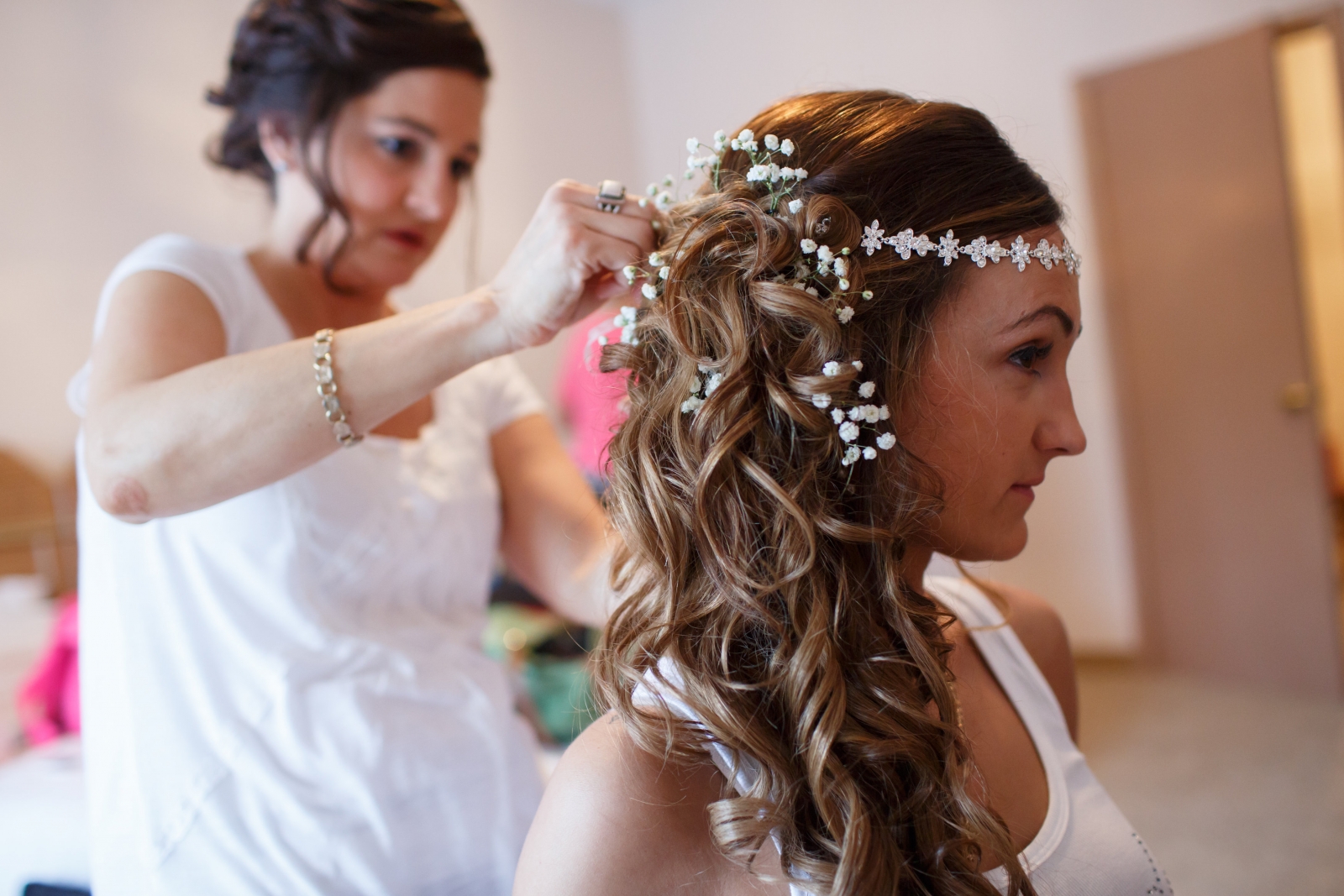 Options 1 and 2 sound pretty good, but sometimes a stressful wedding day can’t be avoided. If you find yourself in a last-minute panic, Flores recommends reminding yourself that this day is about the two of you getting married and all the little things won’t matter so much down the road.

To stop the little things from getting in the way, both Flores and Moss say it is crucial to check in with all vendors in the week leading up to the wedding day. This way you will make sure they know what you expect of them and what they expect of themselves, so that no one is caught off guard. To make this even easier, Flores recommends choosing vendors you connect with and trust so that you can comfortably leave them to do their jobs.

“There’s a lot of things happening between the time they planned and the day-of,” Flores says. “Just remember that this is the two of you getting married. Focus on that and give up the piece of the puzzle that’s causing stress.”

However you decide to spend the time, make sure you take a moment to appreciate what you have planned.

“Enjoy the moment because it goes by so fast,” Ashley Haynos says. “Step back and say ‘I did all of this for a year,’ so step back and enjoy it.” 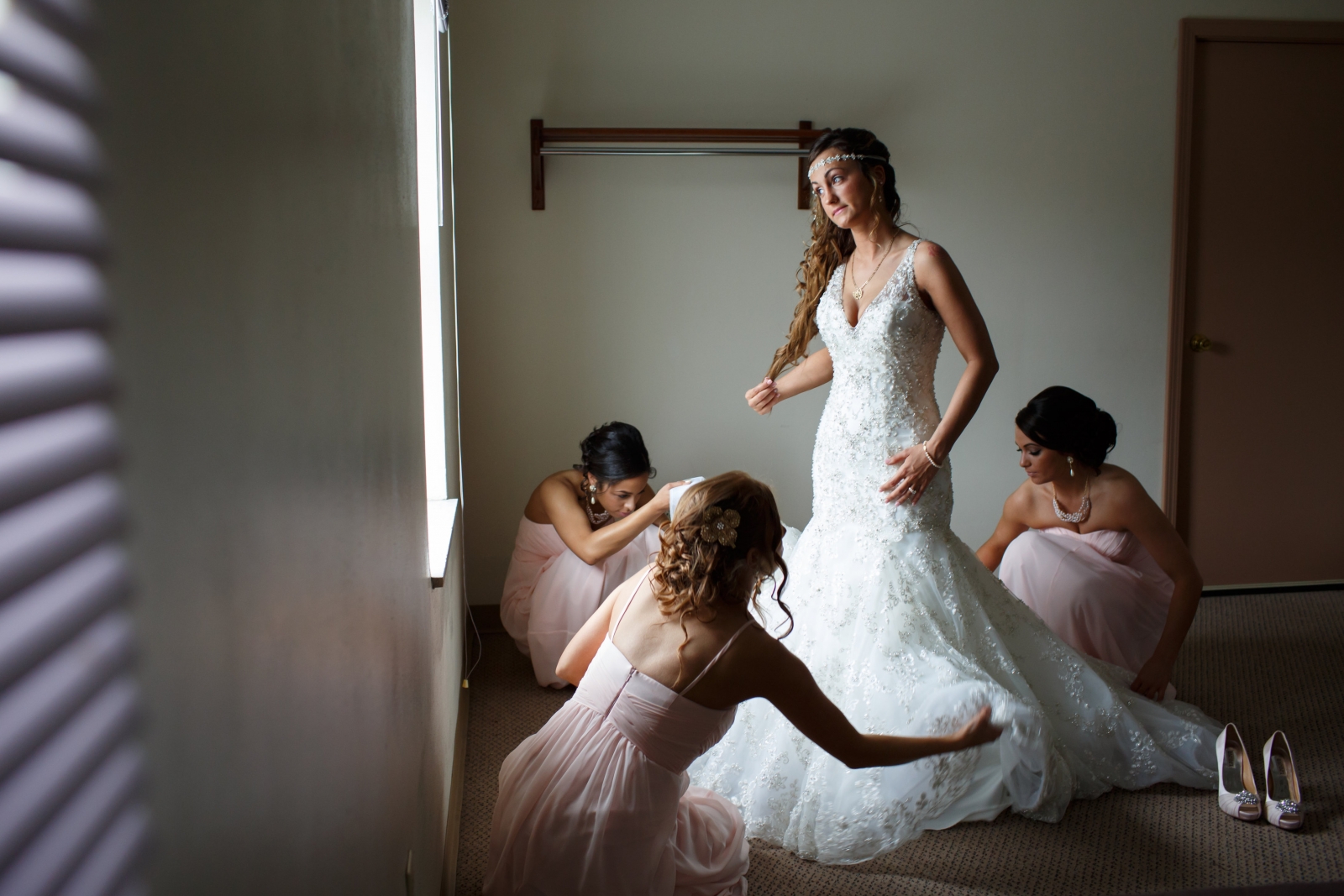