What the Frick, Mellon?

Inspired by a trip to Frick's palace, PittGirl puts on her historian hat and explores the fate of a lost Mellon manse. 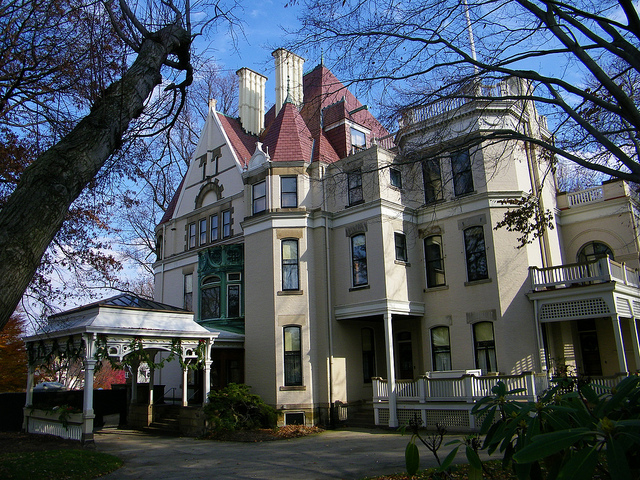 I recently knocked one off my list of 2012 Pittsburgh Resolutions when I toured Clayton, the home of Henry Clay Frick. I'll be writing more about that visit later, but one thing I can tell you now is that I could not wrap my brain around what it would be like for Frick’s children to grow up in a house that large, which was actually small by the standards of wealth in those days.

Everything was velvety, expensive, plush, posh, polished, hand-painted and eminently BREAKABLE. I was afraid to even gaze at a gaudy Tiffany mantle clock for too long for fear my stare alone would cause it to fall to the floor and shatter.

You become very aware of how gangly and awkward the human body is when you're surrounded by priceless artifacts.

The day after my tour, I was reading a book about art collecting in Pittsburgh during the Gilded Age when I stumbled upon something that, as our columnist Rick Sebak would say, isn't there anymore.

And it took my breath away. 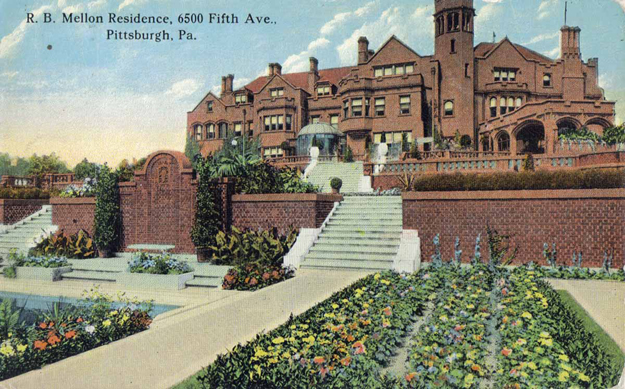 The Richard B. Mellons raised two children in that "house," which included a bowling alley in the basement and a carriage house. Stunned, I started researching the house, asking myself, "You'd remember if you saw that, right? Clearly that house isn't there anymore."

The 1994 book Architecture after Richardson reports that the house was torn down in 1941 for no reason that I have found as of yet. The land was then given to the city to become what is known now as Mellon Park, while the carriage house is the Phipps Garden Center.

I sat there stunned anew. One of the richest men in America tore down a 65-room mansion when it was only 30-years-old?! Didn’t he know how badly I would want to walk through it?

Saddened, I pressed on in my research, discovering The Punk Priest's blog, where I learned that the house lives on in some small fashion today. Father Bob Lubik, who coincidentally is an old friend of mine and the wildest priest you will ever meet, has a complete history on the Mount Saint Peter Church in New Kensington on his blog, including this taken from the December 1995 issue of The Barque of Peter:

At that time the Mellon mansion, in suburban Pittsburgh, fifteen miles distant, was being razed and its furnishings sold. Was there anything there, the pastor and building committee wondered, that a parish with little money could procure for a new church building?

Pastor and committee investigated. Indeed, there was much here that had ecclesiastical potentialities. Too bad they couldn’t take it all, mourned Father Fusco, whose artistic soul revolted at the desecration of priceless stone by a careless wrecking crew.

"We can do just that!" jubilated a practical minded committee, upon learning that all they surveyed could be theirs merely for the cost of hauling it away!

When it was all delivered, Saint Peter´s had what amounted to a stone quarry in their back yard, together with thirty tons of steel beams, sixty-five oak doors, and all the other innumerable items concomitant with the wrecking of a sixty-five room house.

So while I'm sad the house is gone, because I could picture it being a breathtaking museum and tourist attraction, there's solace in knowing the land became a park for Pittsburgh, and the stones and wood became a church that to this day gives us a tiny glimpse of what once stood majestically at 6500 Fifth Avenue.

The moral of this story is this: Millionaires, don't tear down your 65-room mansions until you give me a chance to walk through them! It's all about ME.