The great English novelist Charles Dickens came to the very young city of Pittsburgh 170 years ago. 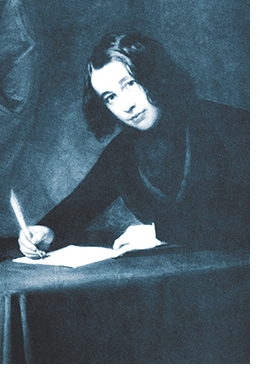 One-hundred-and-seventy years ago, the great English novelist Charles Dickens was just 30 years old — but already internationally famous — when he, his wife, Kate, and her maid came to town in March 1842, surprising many locals. They were in the middle of a five-month visit, traveling around America via train, stagecoach, steamboat and whatever means necessary. After a night in a tavern in Torrance, Pa., the trio arrived here on a canal boat, entering the city via the unusual suspended aqueduct over the Allegheny River.

The Dickens spent three days in this young city (with a population of 21,000) that he spelled “Pittsburg” (although the “h” didn’t officially go away until 1890). Dickens’ travel memoir, American Notes: For General Circulation, was candid and often snide: “Pittsburg is like Birmingham in England; at least its townspeople say so. Setting aside the streets, the shops, the houses, wagons, factories, public buildings and population, perhaps it may be.” Ouch.

He didn’t seem to mind the accommodations, however, stating, “We lodged at a most excellent hotel and were admirably served.” Although he didn’t identify it, that was the Exchange Hotel at the corner of Penn Avenue and Sixth Street downtown (at or near where Heinz Hall is now). Rooms were a steep $1.50 per night. The couple stayed in Room 12, where fans and prominent citizens came to call after the Morning Chronicle reported that Dickens was in town. Among the visitors was William Foster, mayor of Allegheny City (not yet absorbed as the North Side), and his 16-year-old son Stephen — as in the future “father of American music,” Stephen Foster.

While he was here, Dickens visited the Western Pennsylvania Penitentiary and the Arsenal, and saw enough of the town to remark that “It is very beautifully situated on the Alleghany River, over which there are two bridges.” On all three evenings, Dickens and his wife dined with portrait painter George D’Almaine, an old friend from London who relocated to Pittsburgh.

They left Pittsburgh on Friday, April 1 on the recommended steamboat “Messenger” and headed to Cincinnati.

Charles and Kate left New York for England on June 7, 1842. Before December of the following year, Dickens would write A Christmas Carol, establishing many Victorian customs that are still followed today.  Who knows if three days in Pittsburgh may have influenced or inspired any of that classic tale. God bless us, every one.

This article appears in the December 2012 issue of Pittsburgh Magazine.
Categories: Rick Sebak