What Steve Jobs Did During his Three Visits to Pittsburgh

Rick Sebak dives into the deep connections between the city of Pittsburgh and the late tech visionary Steve Jobs. 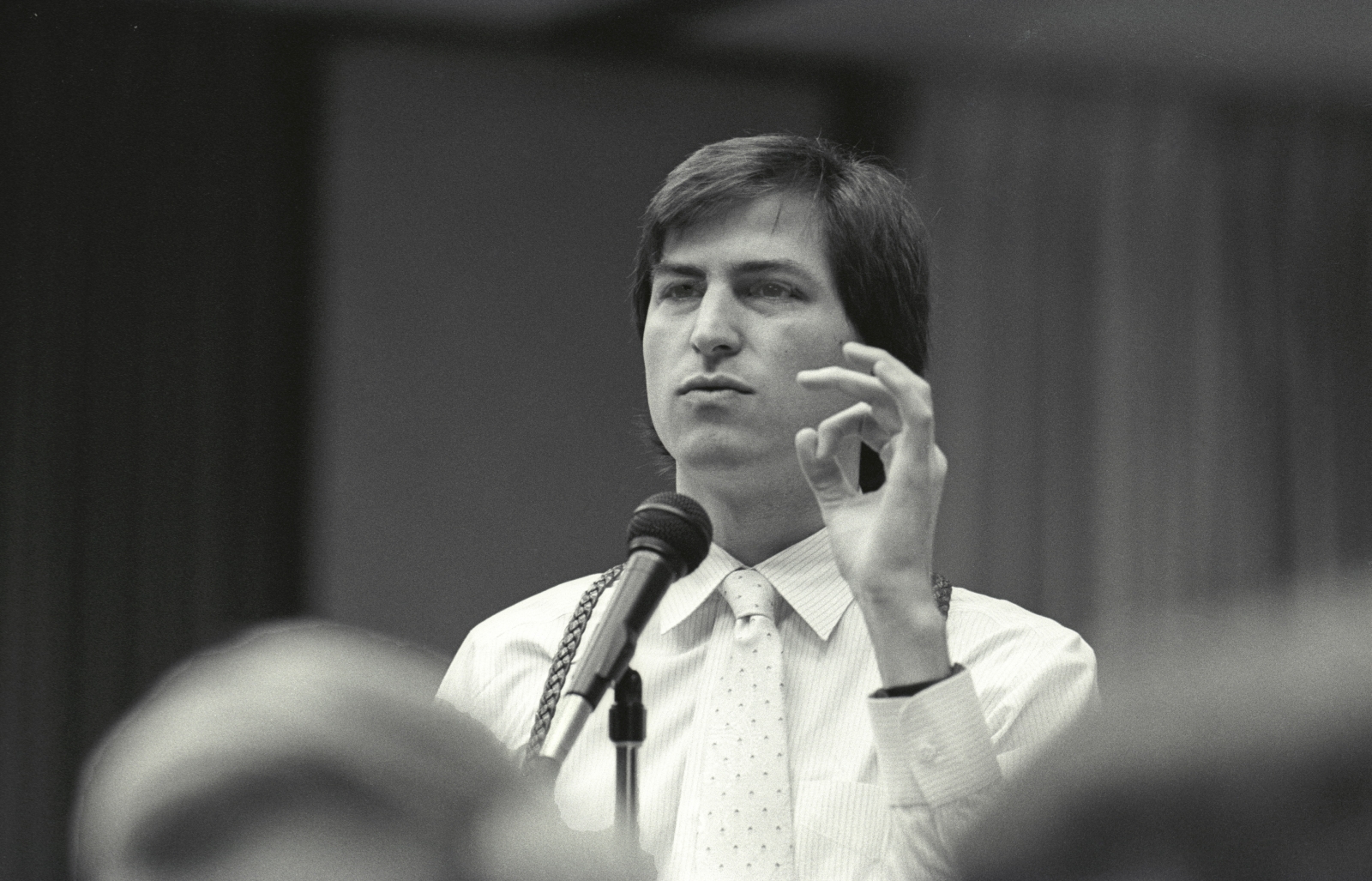 Steve Jobs was 28 years old when he first came to Pittsburgh in 1983 to meet with folks at Carnegie Mellon University. Pittsburgher Bob Longo, now co-founder and CEO of a startup called Knowmatters, Inc., was working here for Apple Computers at the time and helped to set up the visit from the company president; he remembers it as a “rock-star appearance.”

“Engineers and computer students already knew and loved Steve Jobs for his work founding Apple, and we at Apple knew that the best place to take Steve was to universities,” Longo remembers. “He loved to romp through research labs and see what people were working on.”

In 1983, Jobs attended a very important meeting in Pittsburgh: He met with French government officials to discuss plans for Apple to build a factory in France. “His executive assistant called me and asked if Steve needed to wear a suit,” Longo recalls. “I thought it was obvious, but I wasn’t sure when he got off the plane with just a small duffle bag.

Jobs resigned from Apple in 1985 under pressure; soon thereafter, he came back to town with a new team working on the “NeXT” computer. They met with a CMU research group led by Richard Rashid, then an associate professor of computer science; the team developed the Mach operating software used in the NeXT machine.

On that trip, Jobs also made sure his team traveled to Ohiopyle to see Fallingwater and Frank Lloyd Wright’s outstanding design that combined beauty and function — qualities that Jobs would incorporate into many of his own influential products.

When Jobs introduced the NeXT computer workstation — a stylish black cube — in 1988 in San Francisco, CMU owned 1 percent of the company. By then, Jobs had also hired Bob Longo away from Apple and made him sales chief for NeXT’s East Coast headquarters, which were located in Pittsburgh. NeXT first located its offices in the North Shore Center and later moved into more spacious accommodations in the Union Trust Building, downtown. Longo says Jobs’ only restriction was that the office not be in PPG Place because he didn’t like that building or its architect, Philip Johnson.

When Jobs came in April 1990 to dedicate the NeXT offices, he also agreed to speak at a luncheon meeting of the Pittsburgh High Technology Council. Jobs wasn’t happy with the lighting at the David L. Lawrence Convention Center, among other issues. Backstage, he wanted to cancel. Organizers convinced him to go on; he had the whole audience move their chairs so the set-up was more to his liking, and he went on to wow the assembled crowd.

When Steve Jobs returned to Apple in 1997, Apple bought NeXT and successfully incorporated many of its CMU-designed software improvements into the new iMac computers. Jobs made no more known visits to Pittsburgh, but Bob Longo mentioned that Jobs’ respect for CMU was constant. It was one of the few places where Apple would allow work to be “farmed out.”

“Steve would often say that arguably CMU had the best software-design education in the country,” Longo says.

Jobs died from cancer in October 2011.

Special thanks to the excellent librarians at the Pennsylvania Department of Carnegie Library of Pittsburgh and to Emily Forgash at Zer0 to 5ive for help with this column.

This article appears in the November 2015 issue of Pittsburgh Magazine.
Categories: Rick Sebak