What Special Meanings Do The Clemente Bridge’s Locks of Love Hold?

There are 11,000 of them on the span. They’ll soon be removed as part of the bridge’s rehab project 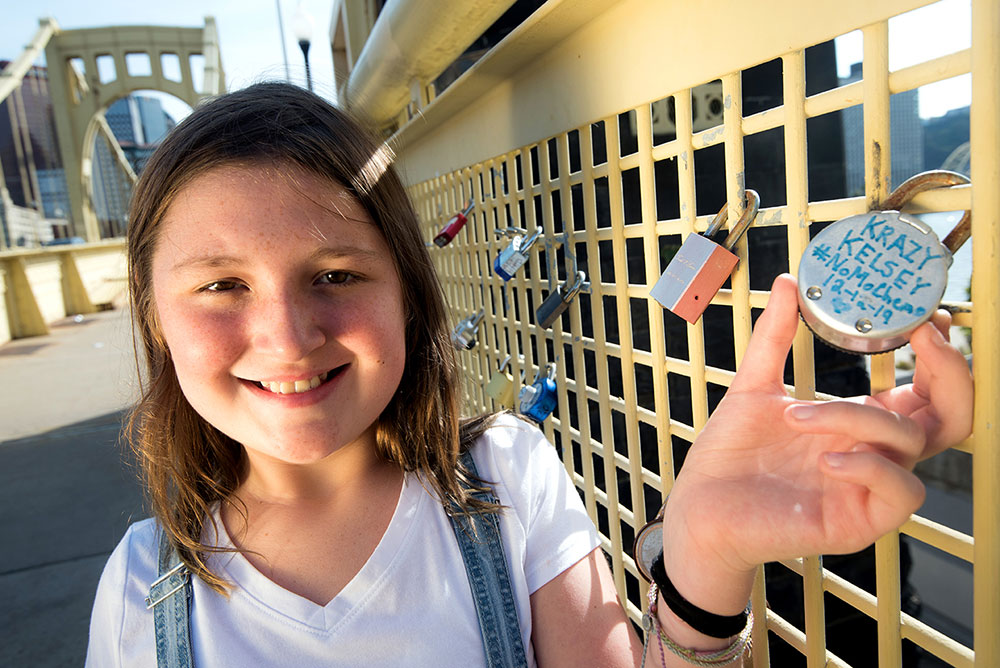 On Dec. 12, 2019, 9-year-old Kelsey Hanahan started her morning with her 52nd — and final — chemotherapy treatment at UPMC Children’s Hospital of Pittsburgh. She went to lunch with her parents and, before they drove to Virginia for a celebratory trip to Busch Gardens, they stopped at the Roberto Clemente Bridge. 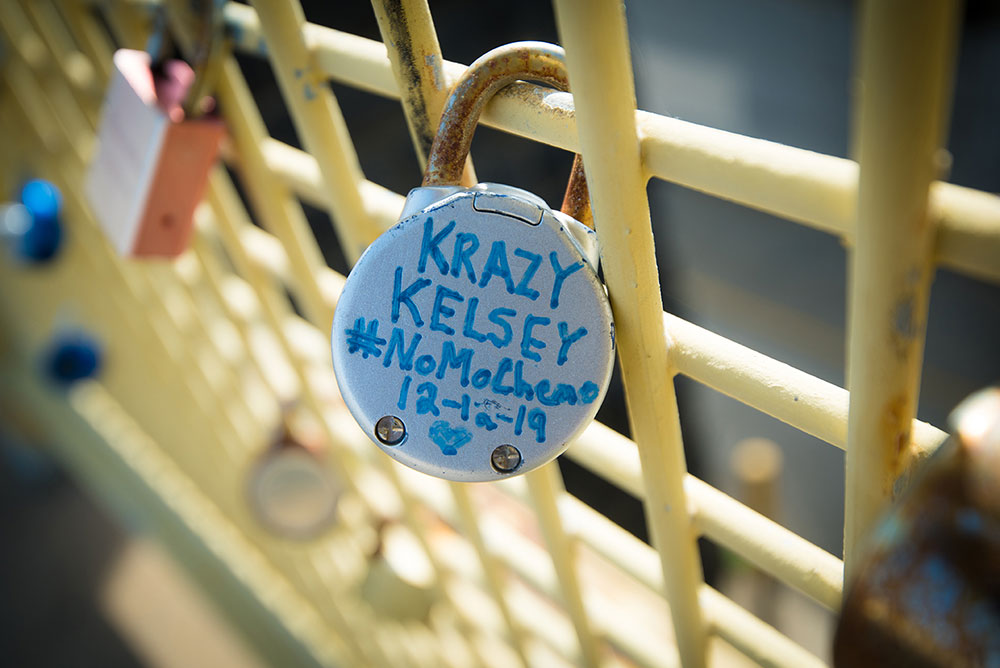 On the bridge near the entrance to PNC Park, Kelsey attached a silver padlock with blue marker writing on its back: “Krazy / Kelsey / #NoMoChemo / 12-12-19 / ”

The Monroeville family had many connections to the bridge, so it seemed the right way to mark Kelsey’s special milestone.

Kelsey’s lock, its shackle now rusted, is one of 11,000 locks adorning either side of the Clemente Bridge: combination locks, keyed padlocks and brass animals personalized with initials, dates and other tidbits with permanent marker, puffy paint and professional engraving. Most celebrate a couple’s romantic commitment to one another while others mark friendships, people moving away from Pittsburgh and families attending baseball games. 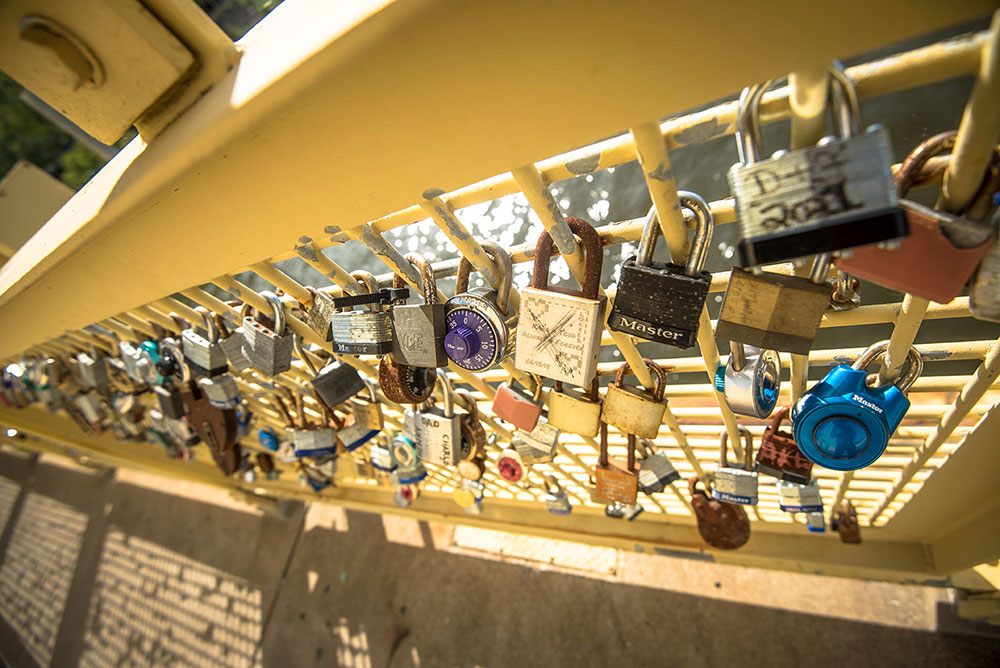 They are all slated to be removed soon by the Allegheny County Department of Public Works as it kicks off 21 months of routine rehabilitation on the 94-year-old bridge, also known as the Sixth Street Bridge, that connects Downtown with the North Shore.

Kelsey was diagnosed with an optic glioma brain tumor in 2013 and immediately started chemotherapy, protecting what remained of her vision (she’s legally blind). Afterward, she became a youth league cheerleader and, in 2017, Krazy Kelsey as one of WWE’s Superstars of Tomorrow. WWE works in conjunction with Connor’s Cure, based out of Children’s, to support pediatric cancer research.

By 2018, tumor regrowth warranted another round of chemotherapy. As treatment progressed, the subject of putting a lock on the bridge came up. “I wanted to do it when I was little, but we never did,” Kelsey says. The Hanahans also attended Pirates games on occasion, so “we’d see [the locks] when we’d come down for the games,” says her dad, Tom. 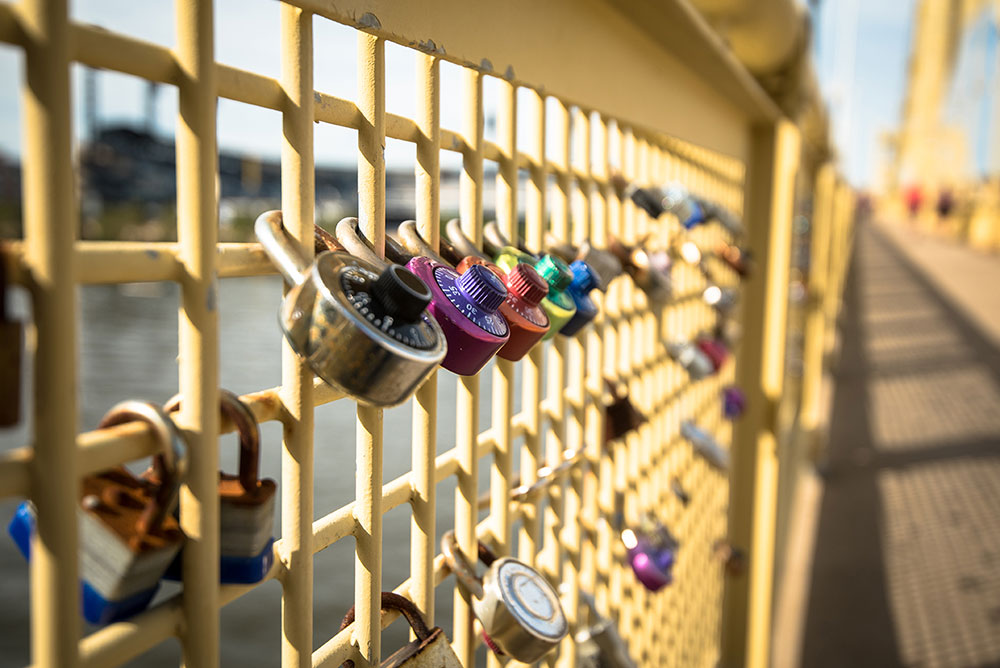 The bridge holds additional meaning for the family: Kelsey’s mom, April, completed the Pittsburgh Marathon, the route crossing the bridge, months after Kelsey’s initial diagnosis and again the following year. “She was my inspiration for both,” April says. “I always tried to make the bridge part of my route. Seeing the lock on my runs reminded me that if Kelsey can get through the things that she did, I could pretty much do anything.”

The $34.4 million bridge rehabilitation project, funded by Allegheny County, the Pennsylvania Department of Transportation and the Federal Highway Administration, begins Feb. 14 and will include structural repairs, deck and sidewalk replacement, repainting the bridge and handrails their signature Aztec Gold and replacing the street lighting to resemble the original fixtures, among other improvements.

The public, in community feedback, urged DPW to find a way to reuse the locks instead of throwing them away. DPW will donate the locks to the Industrial Arts Workshop, a Hazelwood-based nonprofit that teaches metalwork as both artistic creation and technical training. Tim Kaulen, workshop executive director, “has not yet determined what will be created using the locks and where that art might be displayed upon completion,” according to a DPW press release. 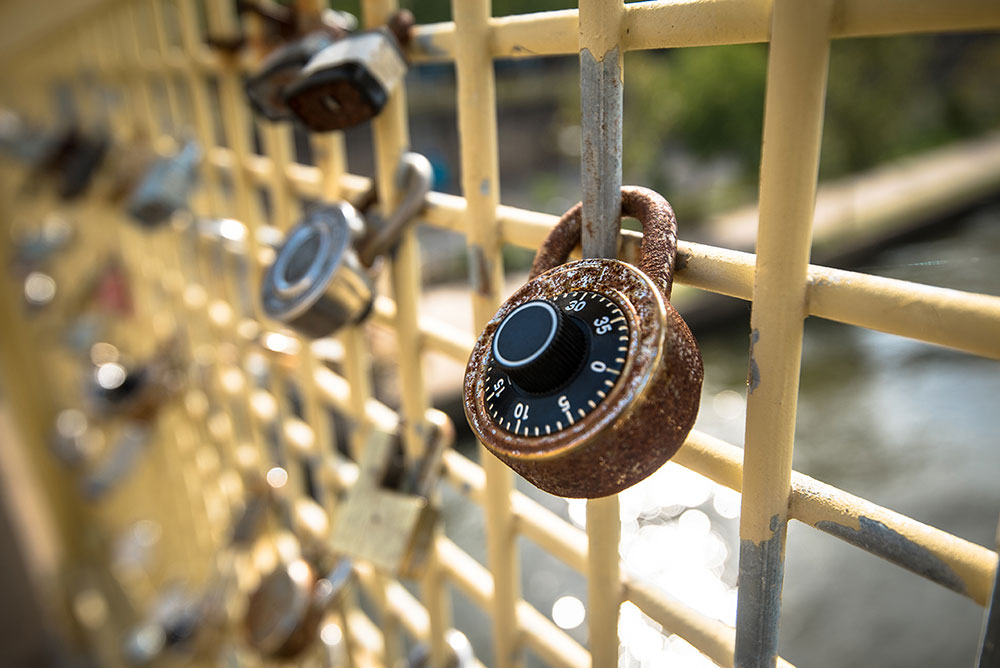 The lore of affixing locks to bridges stretches back 100 years to young women in World War I-era Serbia who wanted to protect their relationships from the broken-hearted suffering of a local school mistress who used to meet her fiancé at the Most Ljubavi Bridge before he fell in love with another woman.

The trend didn’t explode in worldwide popularity until this century. Most famous for the practice was the Pont des Arts, a pedestrian bridge that crosses the Seine in Paris, where people started adding locks in 2008. By 2015, the bridge held 700,000 locks weighing approximately 45 tons, and they were damaging its structure. The city removed them and added Plexiglass panels to the railings to prevent new locks from being attached.

Since the Clemente Bridge’s railings are still relatively new — installed in 2000 — they won’t be replaced at this time. When they are replaced later, DPW will look into designs that would make adding locks and other graffiti difficult. Until then, DPW public information officer Brent Wasko says, “We just kindly ask that residents and visitors help us protect the railing from damage and keep the historic and iconic bridge looking as beautiful as possible by not adding more locks to it.” DPW will periodically remove any future locks as needed. 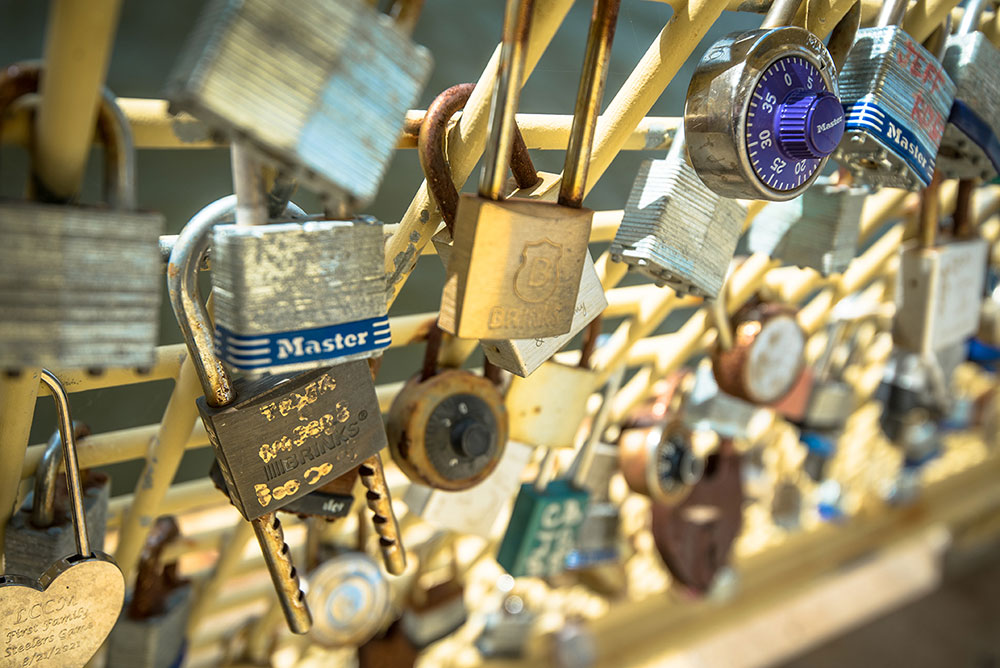 The Sixth Street Bridge opened in 1928 as the third of the “Sister Bridges,” alongside the Andy Warhol (Seventh Street) and Rachel Carson (Ninth Street) Bridges. In 1998, the Sixth Street Bridge was renamed after Roberto Clemente, who played for the Pittsburgh Pirates from 1955 until his death in 1972 and was posthumously inducted into the National Baseball Hall of Fame, the first Latin American player to hold that honor.

The first time locks were noted on Pittsburgh bridge inspection reports was in 2014, Wasko says. They were removed from the Warhol and Carson bridges when they underwent similar maintenance projects.

The DPW is urging people to remove their locks before the Clemente bridge is closed. 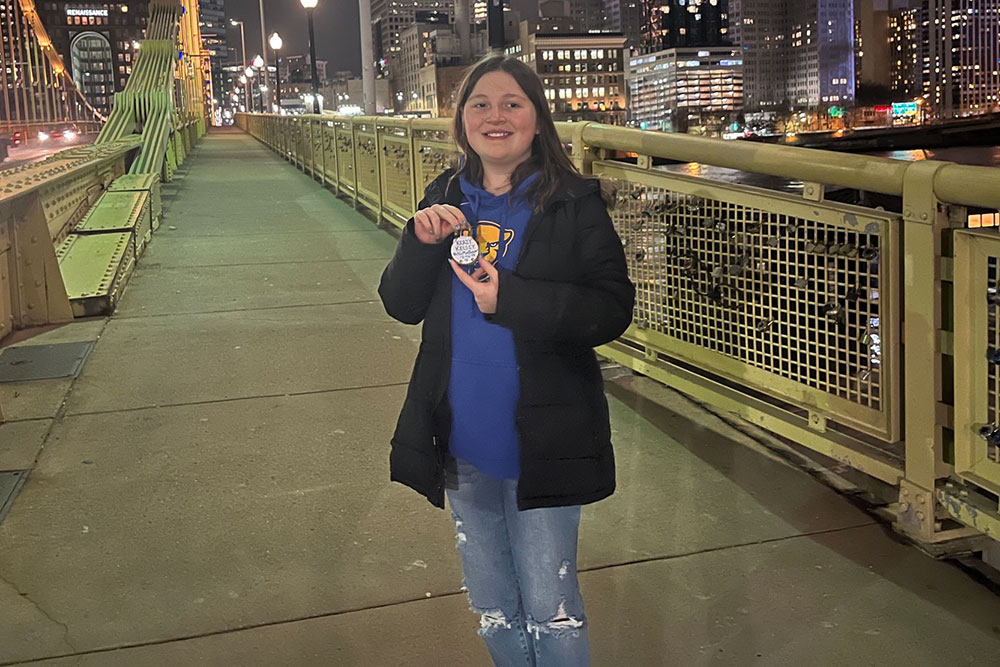 Two days before the bridge was shut down, Kelsey, now 12, removed her lock. “I think removing it [is] a sign of positivity,” says Kelsey’s Mom, April. In December 2021, Kelsey celebrated two years without chemotherapy.

“I’d like to think that taking the lock down means we are one step further in the process of moving on,” April says. “Our hope is that this is the end of locks on bridges for us.”