A public forum will be held Oct. 6 to get public input on an issue affecting tourism and quality of life. 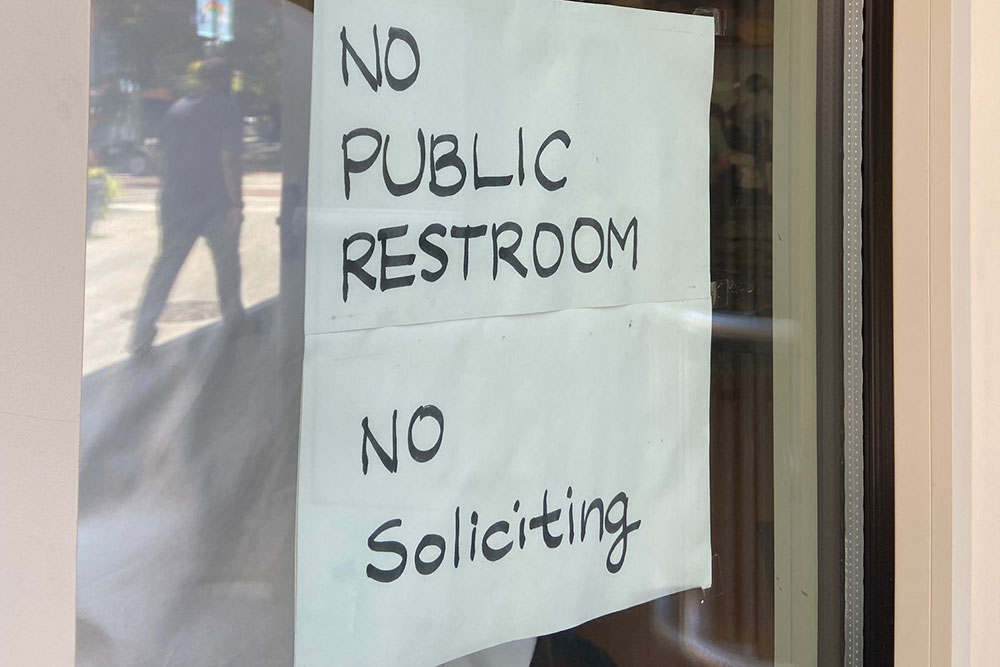 SIGN ON A RESTAURANT NEAR MARKET SQUARE | PHOTO BY VIRGINIA LINN

But where to go is becoming a more pressing problem Downtown, and stakeholders say the lack of public restrooms has gotten worse since the pandemic.

The Building Owners & Managers Association of Pittsburgh and the Department of Community Engagement and Leadership at Point Park University are inviting the public to pose questions and provide feedback on this issue at a meeting Thursday, Oct. 6 in the Pittsburgh Playhouse, Downtown.

The two groups collaborated on the Public Restroom Research Report, which was released in August and found no year-round public restrooms Downtown that are open 24/7. It’s an uncomfortable reality that can discourage tourism, shorten Downtown visits and spur public urination and defecation, according to advocates for public bathrooms.

The free session is part of BOMA Pittsburgh’s regular monthly meeting. It begins at 10 a.m. in the PNC Theater, 350 Forbes Ave. Attendees are asked to register here.