What 'Love The Coopers' Director Liked Most in Pittsburgh

The movie's all-star cast worked under the direction of Jessie Nelson, who fell in love with the 'Burgh.

The story of the new film “Love the Coopers,” which filmed in Pittsburgh last winter (it was called “Let it Snow” at the time), will be familiar to a lot of people who grew up in the Steel City. Four generations of a family make plans to return home for Christmas, all carrying their own troubles, secrets and apprehensions along with them — only to find that the power of family can turn plans upside down in a hurry.

In the increasingly storied history of filmmaking in Pittsburgh, it may be the case that no previous production brought such an impressive roster of performers to town. “Love the Coopers” boasts an ensemble cast featuring the likes of Diane Keaton, John Goodman, Alan Arkin, Marisa Tomei, Ed Helms, Amanda Seyfried, Anthony Mackie, June Squibb, Olivia Wilde and Jake Lacy.

That all-star roster worked under the direction of Jessie Nelson, also the director of “I Am Sam” and “Corrina, Corrina” and the screenwriter of “Stepmom” and “The Story of Us.” Nelson sat down with PM to talk Christmas, family and (of course) Pittsburgh. “Love the Coopers” arrives in theaters nationwide this Friday.

“Love the Coopers” belongs to a genre that’s not in theaters every week — a very earnest family dramedy. What drew you to a story like this?
I had taken some time off from directing to raise my family, so doing a story about family was meaningful to me. Also as a parent, you begin to realize how wonderful it is when the whole family can see each other over the holidays … Then I read the script and thought, ‘I could get some really extraordinary actors to play these roles.’ And that’s something that’s very meaningful to me as a director, who I get to work with and who I’ll be sculpting with.

Speaking of which, the film has an astounding number of incredibly talented performers. What was it like to realize you were going to get so many gifted people together in one movie?
I remember the day Alan Arkin committed to being in the movie, just how thrilling that was for me. I had wanted to work with him my whole career. John Goodman was someone I had always dreamed of working with. So when you get that ‘yes’ back that they’re coming aboard, it’s really, really meaningful … Your film totally hangs on who interprets these characters. I was already in such a good place with such remarkable actors.

It seems like, thirty years ago, a movie like “Love the Coopers” would always be a madcap comedy — Home Alone or National Lampoon’s Christmas Vacation. Now, the tone of stories like this has shifted into more of a dramedy. Do you think there’s a reason for that change?
The only thing I can speak to is, it’s a hard time in our world. There’s a lot of unemployment; there’s a lot going on. So for me, I was grateful for that aspect of the script — that it felt like a real family, but also a family you’d want to be a part of even though they’re insane in many ways. There’s a real warmth and a love there, but also real dynamics that they’re all dealing with.

With so many characters, how do you strike a balance when there are so many storylines moving at the same time?
It’s something you do in the writing — where you’re constantly weighing, are you giving this story enough attention, is this a story you want to bring more front and center in the movie. And in the cutting room … the film tells you what it wants to be.

There’s a cliché that every Christmas movie is fundamentally about Christmas healing people. Did you struggle to break that mold?
I think for me, my entry point was more family. And the fact that this family was coming together each hiding what was really going on in their lives from each other. The people that you should be closest to and most comfortable revealing yourself to are often the people that you feel the need to present an image to. I was less thinking of a Christmas movie than a movie about what would happen when what’s really going on with these characters is revealed and their forced into a different kind of an intimacy with each other.

How did you decide to film in Pittsburgh?
I knew I wanted an eastern city — and yes, you have a remarkable [tax] rebate here. But they showed me some pictures of Pittsburgh and I was just like, ‘Oh, this is exactly what I want it to look like.’ And then they brought me here on a location scout, and it gave me everything I needed and then some. And it’s some of the kindest people I’ve ever worked with in this city; it was a very special experience shooting here.

What was your experience with the locally-based film professionals and crew?
There were two levels to my experience here. First, there was the crew, which was just a wonderful crew — and such hard workers. Really a great attitude and really collaborative. But then it was just the people of Pittsburgh; we would go into a store, or we’d go into a diner, like when we went to Pamela’s. The waitresses I met, the cooks I met — I couldn’t wait to put them in the movie, because they were just great people … And the people here are particularly kind; there’s just a kindness in the air.

We have productions underway fairly regularly, but there’s always a desire for another big step forward. What do you think the city needs to attract more films?
I think they’re addressing it by building some sound stages here. You’d know you’ll have the studio space to build if you need to, and know you’ll have soundproof space. But to me, that’s really the only missing link, here — and even without that, there’s still so much. I think it’s a matter of if your story can be told in this environment.

Did any places or parts of the city really strike you while filming?
How great to go to Pamela’s Diner? How great that place is! We shot in Sewickley; I loved that town. We shot at Phipps Conservatory, which was beautiful — exceptionally beautiful. Because there were so many storylines, it took me into a lot of different neighborhoods and places. It was a wonderful way into the city. 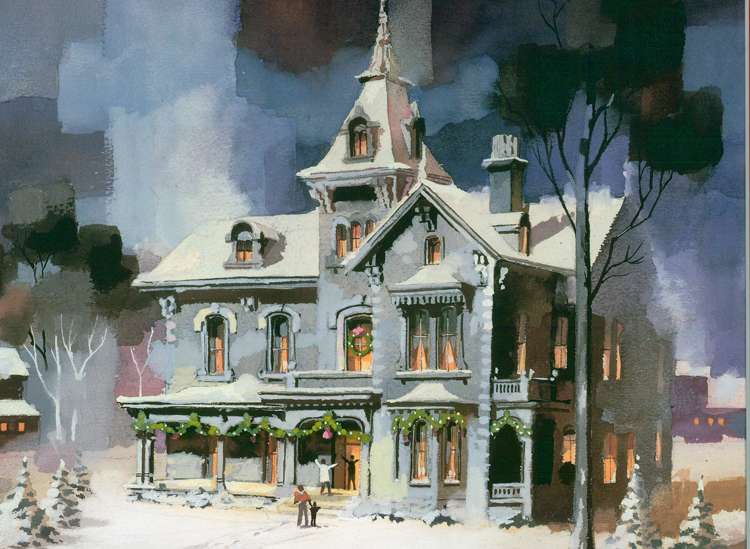 “Wonder what they look like inside?” The eternal curiosity surrounding passers-by of the historic mansions in Pittsburgh, thanks to Shadyside Splendor, can now be answered.

For the second year in a row, four, historic, Shadyside mansions will be open to the public with proceeds from the self-guided tours benefiting the Pittsburgh Symphony Orchestra.  It's a great way to get into the holiday spirit by seeing how the mansions are decorated.

Three of the four mansions will be celebrating their first public debut. The tours are from 11 a.m to 5 p.m., Sunday, November 22.

To fill the atmosphere with holiday cheer, over 50 musicians and carolers will be performing in each mansion. Because what would a Pittsburgh Symphony Orchestra benefit be without music?

Tax deductible tickets are $50.00 in advance. Click here to buy tickets or call (1-888-718-4253.)  If you buy online, just bring your receipt to the ticket counter to receive your free program, which includes a map of the area and other helpful information. You can purchase your ticket the day of for $60.00 at the ticket counter that will stand on the corner of Fifth and Amberson, Shadyside. (bring cash, credit cards will not be accepted).

Free, on-street parking will be available as well as spots at the Rodef Shalom Temple and WQED. 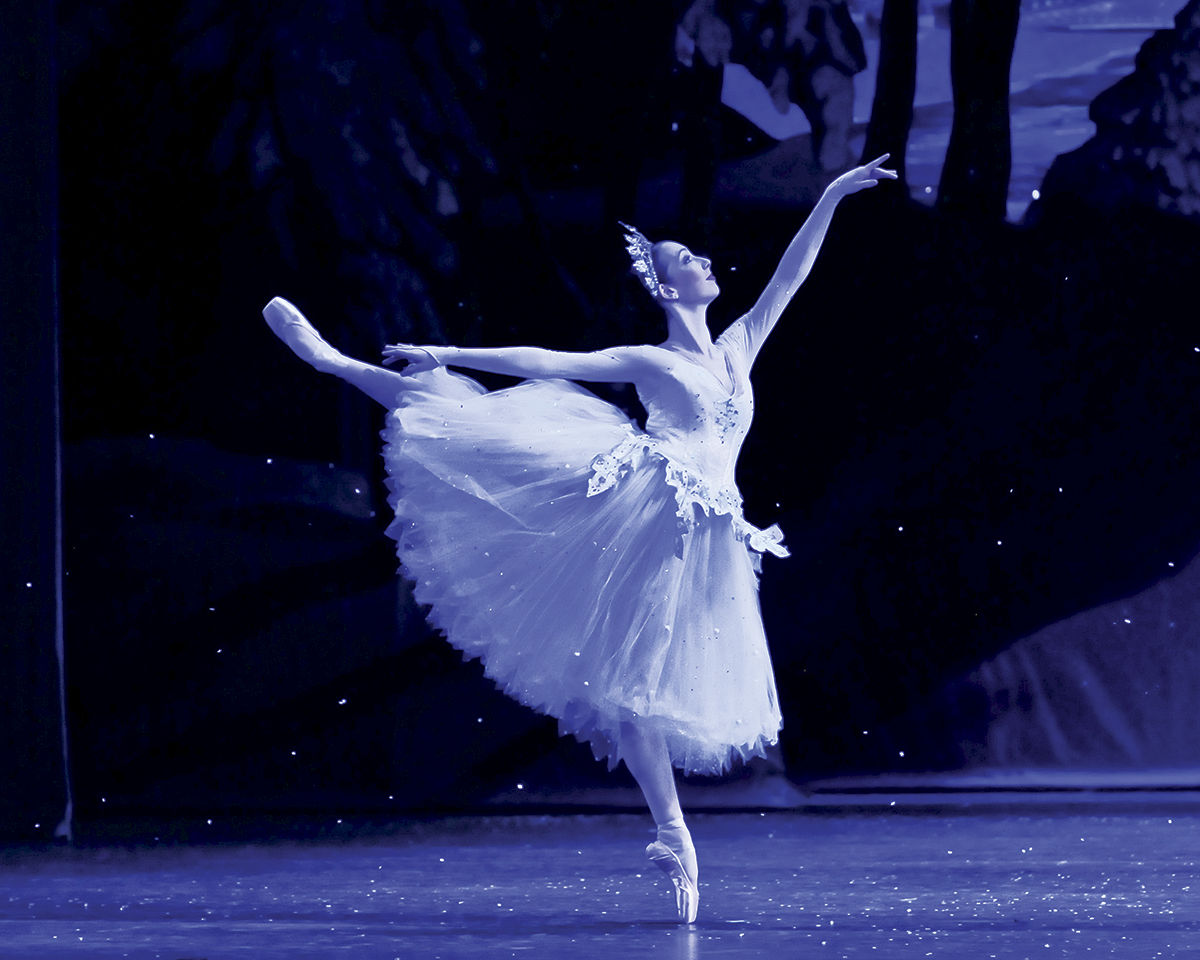 #Ballet: 15 Fabulous years of The Nutcracker

The Pittsburgh Ballet Theatre will premiere its 2015 production of The Nutcracker December 4-27 at the Benedum Center downtown. There are several new things to keep an eye out for in this 15th production of the holiday classic by the PBT.

A brand new Christmas Tree will be revealed at this year’s production, with a hand-crafted drop to make the special effects truly shine.

And what is more satisfying than spotting the Pittsburgh-inspired scenery throughout the production? There’s the snow-scene Mt. Washington view, the Land of Enchantment carousel inspired by local amusement parks, the clock reminiscent of the one outside of the old Kaufmann’s department store, and the Stahlbaum home setting, situated in Shadyside.

Additional dancers and costume flourishes have also been included this year. Surprises of other sorts have been promised as well, so there is no end to the potential discoveries on stage this year.

Choreographed by Artistic Director, Terrence Orr, costume and set design by Emmy-winner, Zach Brown, and with over 100 dancers age seven and up, the 2015 production is a must-see for every Nutcracker fan.