The Tax Foundation has created a cool, interactive map comparing the relative purchasing power in the 'Burgh when compared to different states and metropolitan areas. 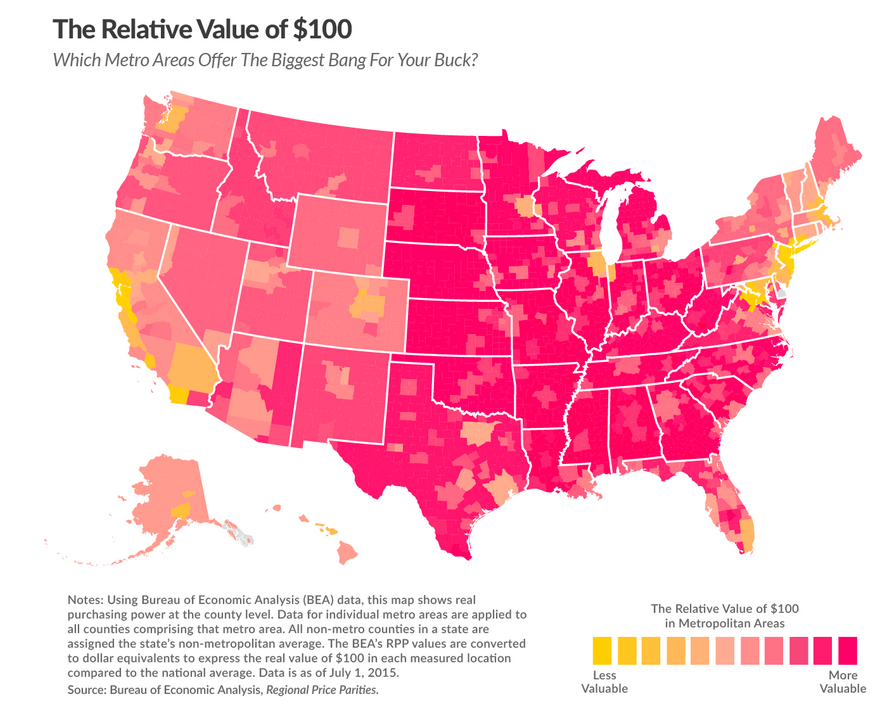 map by the tax foundation

Compared to a lot of big cities, both nationwide and in Pennsylvania, a Ben Franklin travels pretty far.

The Tax Foundation studied the cost of living in metropolitan areas across the country, and found that $100 in the Pittsburgh-metropolitan area buy you about $106.16 worth of things. Jump outside the metro area and your $100 purchasing power increases to $109.65.

In fact, Pittsburghers can enjoy the fact that their dollars go further than in just about any other area of the state:

Pittsburgh is even a better deal when compared to big cities on the east and west coast:

However, large portions of the rural midwest and south fare better than Pittsburgh, with $100 stretching as far as $119.05 in parts of North and South Dakota, but seriously, would you want to spend winter there?

Alan Cole and Tom VanAntwerp of the Tax Foundation point out that one's purchasing power varies greatly across states, even in rural areas. "This suggests that policy — not just geography and urbanization — may play a role in these price differences," they write. "A lot of policies are based on income, like progressive taxes and means-tested federal benefits. If real incomes vary from place to place due to purchasing power, this matters for those policies." 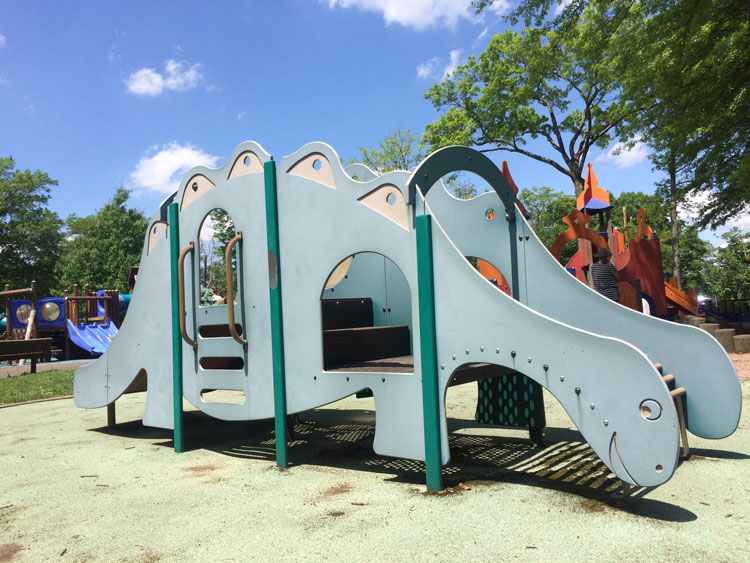 #Pittsburgh Gets High Ranking for Recreation

Because July is National Park and Recreation Month, the folks at Wallethub searched the country for the best and worst cities for recreation.

To get the results, WalletHub took the largest U.S. cities and noted the accessibility and cost of their entertainment options, as well as the condition of their parks and climate. They also took some oddly-specific metrics into consideration, including tennis courts per capita and cost of bowling.

Looks like all of our museums, concert venues and bike programs paid off — Pittsburgh came in at No. 15 overall, just edging out Portland, Vegas and New Orleans. Here’s where we stack up otherwise:

Turns out one of our neighbors in Ohio grabbed the top spot; click here to see the full report.