What in the World is Andrew McCutchen Doing on Twitter?

Anyone in the food industry take note, these messages seem to be aimed at you.

When your waiter does this… pic.twitter.com/eune92wbka

Pirates center fielder Andrew McCutchen is using part of the off-season to further develop his movie-making skills. Or so it seems, judging from a pair of recent posts on his Twitter account.

In the one-man videos, he points out ways waiters can be annoying. Is Cutch really trying to send a message to the service industry or is he hoping to become the next Vine star? Most likely, as suggested by a team spokesman, the five-time All-Star is simply having a little fun.

Make sure to watch the end of this next clip to see McCutchen's callback to his first video.

When your waiter does this… Part 2 pic.twitter.com/Iig6JWpuJO 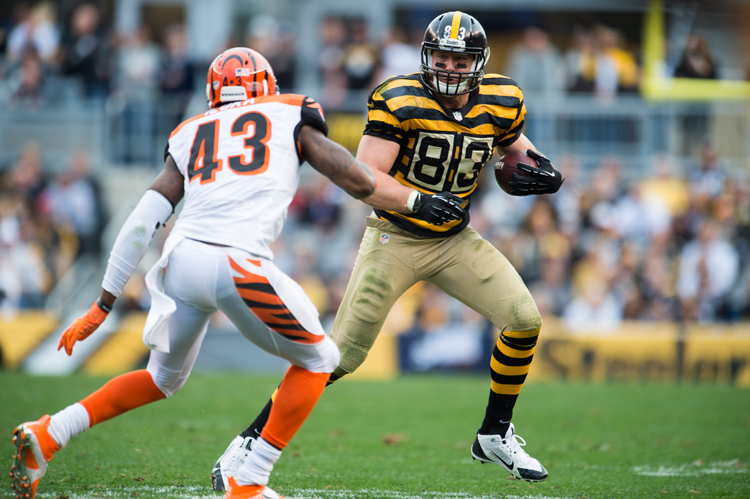 During the NFL playoffs, the leaders of the respective combatant cities place a friendly wager.

For Saturday's showdown in Cincinnati between the Steelers and Bengals, Pittsburgh Mayor Bill Peduto and Cincinnati Mayor John Cranley have local delicacies and the threat of being photographed in the opposing team's jersey riding on the outcome.

When the Steelers win: Mayor Cranley will send Mayor Peduto a care package full of notable Cincinnati food favorites that include sundaes from Graeter’s Ice Cream; chili and Coneys from Gold Star Chili; and some delicacies from the Montgomery Inn.

“I’ve never had Cincinnati’s Gold Star Chili but I think it will pair nicely with a Black and Gold victory,” Peduto said.

In the unlikely event the Bengals win, Mayor Peduto will ship off to Cincinnati a meal consisting of Primanti Bros. sandwiches; franks and pierogies from Franktuary; ketchup, mustard and macaroni and cheese from the Kraft Heinz Company; ice cream from Dream Cream Ice Cream; and Smiley Cookies courtesy of Eat'n Park and smileycookie.com.

The losing Mayor will also be required to serve a meal at his local rescue mission wearing the opposing team’s jersey.