PittGirl shares some thoughts on the Buccos, Bologna, Hines, heat and a hockey heel. 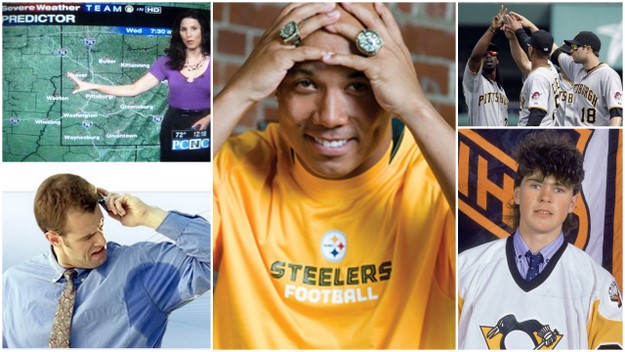 Lucky for you readers, you shall not perish; here’s what I’m thinking about all those things and more:

1. Jaromir Jagr, traitor
Remember how much I loved Jaromir Jagr and how much I wanted him to be a Penguin again and how I said I had no intention of booing him when he returns to Pittsburgh? Strike all of that from the record and replace it with this: "I will boo him so loudly and so emphatically and with so much pure rage that I will probably injure my vocal chords and black out from forgetting to breathe during my epic booing of that jerk-faced, disloyal, elderly Czech. If I could find the autograph he gave me all those years ago, I’d pin it to a voodoo doll and burn it. May the Karma Boomerang do her thang."

2. The Buccos of Suckitude … no longer?
I TOLD YOU SO! I was just a year early. If they end this season above .500, I will officially remove the Suckitude from their name. Last year I couldn’t pay people to ride on my bandwagon with me; this year, I’m just about out of room and letting people ride on the actual horses. Hop on while there’s still room on the roof and hang on tight. I tend to take the turns fast.

3. Julie Bologna, goner
Adios, Julie. I don’t know what I’ll miss most. Her weather reports, in which we would all take a shot each time she said "tornadic," her incredible wardrobe, or the likely loss of Twitter’s brilliant @fakejulie, who bid farewell to her fans with a very terse tweet that included a word that rhymes with witches.  No, not snitches. Try again.

4. The Heat and the Humidity, WAH!
Shush up about it, lest we anger the Karma Boomerang into rewarding us with an epic winter that starts dumping snow in September and doesn’t let up until Memorial Day. Did you learn nothing from Snowmageddon?!

5. Hines Ward, jailbird
The apple of Steeler Nation’s eye, the good boy, the pride of Pittsburgh, the footloose ballroom king who could do no wrong (except maybe smile a little too effusively after dropping an important pass) drove erratically and bumped a curve after visiting a gentlemen’s club and bar in Atlanta, failed several field sobriety tests administered by a DUI Task Force officer, blew an unofficial .128, and was booked after refusing to take the official court-admissible breathalyzer test, continues to maintain via his agent that he was not drunk while driving.

Meanwhile, his agent went to the media to remind them that drinking and driving is not a crime; driving while IMPAIRED is a crime. The problem is that a field sobriety test in which dance champion Hines couldn’t balance on one foot or walk a straight line or even properly recite the alphabet shows that Hines clearly was impaired. His punishment is two very un-smiley mug shots plastered all over old and new media alike, the possible suspension of his driving privileges for a year, and a likely fine by the NFL when the lockout ends. Perhaps the worst, though, is the indelible ding to the armor of his good reputation here in Pittsburgh.

No, Internet, I did not just make that up.

Maybe Hines should change his license plate to whatever part of the alphabet tripped him up.

LMNOPQ is where my kids often stumbled.

This article appears in the July 2011 issue of PittGirl.
Categories: PittGirl