What Happens When a Classic Horror Movie Gets a Pittsburgh Twist? 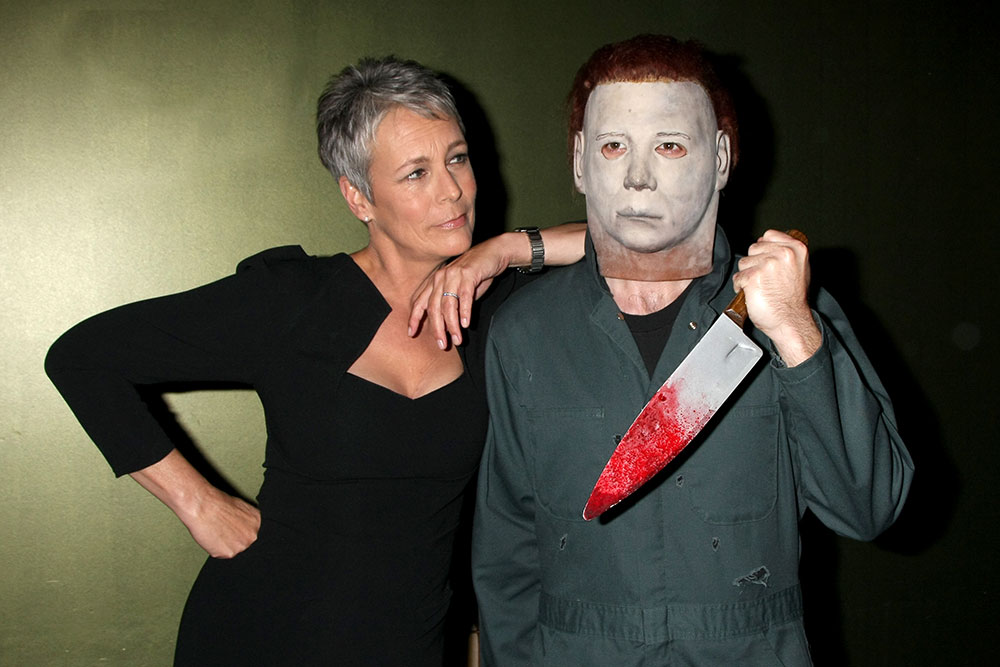 We don’t have to wonder how a horror movie set in the Pittsburgh area would play out. Thanks to the late George A. Romero, we are well aware of how zombie outbreaks would proceed in nearby places such as Evans City and Monroeville Mall.

While we may be susceptible to the walking dead, I have a hunch that a few other classic horror plots simply could not play out in Pittsburgh. Rest easy: When it comes to the madmen of the silver screen, I think we have little to fear. Consider these classics with a Pittsburgh twist …

Halloween
When Laurie Strode first notices Michael Myers menacing her on the afternoon of Halloween, she comments on his appearance to her friend, Annie Brackett. Annie exclaims, “Hey, weirdo, what yinz doin’ dahn ’ere,” causing a confused Myers to flee to a neighboring street. The killer inadvertently walks into the parking lot of a fire hall where a Cash Bash is underway, pursued by Strode and Brackett.

A man smoking outside of the fire hall asks what’s going on; Brackett explains. The man marches back into the crowded venue, exclaiming, “Hey, some jagoff is out there with a knife or somethin’! Lenny, call your cousin who has that big net!” Lenny, who lives two blocks away, arrives within moments. Myers, still confused by the scene, attempts to stoically walk away, but nebby neighbors keep yelling about his current location. Lenny and several ex-firemen capture Myers with the big net.

He is returned to Smith’s Grove sanitarium without further incident.

Hellraiser
The puzzle box, which can summon Pinhead and the other Cenobites forth from hell, is mistakenly placed in a box labeled “For Thrift Store.” It is later sold for $4 to a woman who uses it as a base for a favored Hummel figurine.

The Shining
The Overlook Hotel is purchased by the Nutting family, who immediately convert it to a winter-sports destination. The Hedge Maze is knocked down and replaced with a snow-tubing area. Jack Torrence is briefly hired as the manager of the arcade and bowling lanes, but finds the job not to his liking and returns to New England, where he is able to support his family via a humble but pleasant job editing a community newspaper.

Guests occasionally complain about troubling visions, including a blood-spewing elevator and an oddly sinister British waiter. To avoid negative Yelp reviews, the resort begins quietly offering a free weekend (and, more vitally, an open bar tab) to anyone who experiences anything paranormal. The evil spirits are powerless to counter this offer and eventually retreat.

The Exorcist
Before attempting an exorcism on Regan, Father Karras asks a nearby church’s group of pierogi-makers to pray for the girl. The demon, stunned by the fervor of their prayer, leaves town immediately.
That week’s pierogi orders are delayed by 24 hours, greatly annoying the neighborhood.

Friday the 13th
Plans to reopen Camp Crystal Lake, which sat just up the Allegheny River from Highland Park, are dashed when an international developer buys the land and levels the camp. Within 18 months, the site is home to 48 market-rate condominiums, a spin-cycle gym, an austere coffeeshop and a Primanti Brothers’ franchise. (Plans to attract a Whole Foods failed.)

Jason briefly attempts to stalk the spin-cycle gym, but is constantly being spotted by Uber Eats drivers picking up orders at the Primanti’s. He decamps in search of more suitable hunting grounds in Butler County.

Psycho
The Bates Motel is featured, and lavishly praised, by Rick Sebak in a WQED documentary on out-of-the-way places to spend a night. Demand drastically increases. Norman Bates hires staff to keep up with demand; the socialization serves him well. He quietly buries his mother’s body late one night, spotted only by an intoxicated man walking home from last call at a nearby bar. The man gives a dramatic account of the event on that night’s KDKA newscast; it is shared widely on Twitter but otherwise ignored.