“What Did We Miss?” Designing a Voice for Grief

The Center of Life in Hazelwood partners with Carnegie Mellon University for a very powerful exhibit. 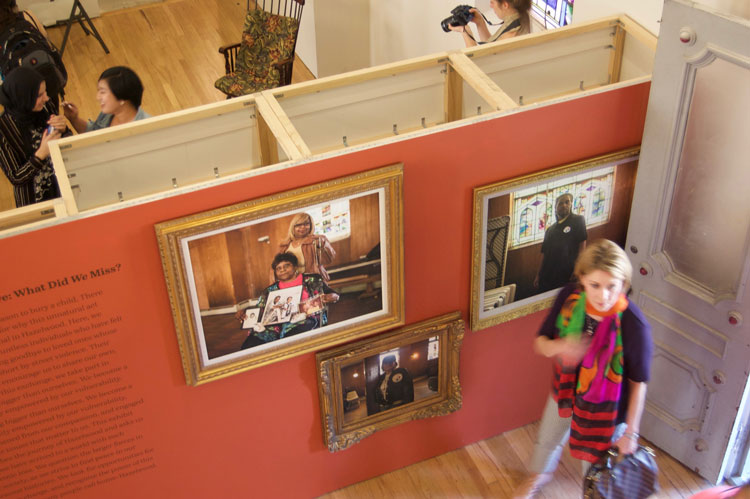 After years of being a pastor at the Keystone Church of Hazelwood, Rev. Tim Smith finally lost count of how many funerals he officiated.

In the fall of 2016, he decided it was time to acknowledge the unusual amount of tragedy taking place in his community and formulated an outlet to reflect on the lost lives. On May 20, the culmination of this idea, entitled “I Lived, We Live, What Did We Miss?,” opens at the Center of Life (COL) in Hazelwood.

The exhibit is meant to give a voice to the parents and families who have lost children with interactive and emotional displays created by Carnegie Mellon University School of Design students, along with COL and other members of the Hazelwood community. 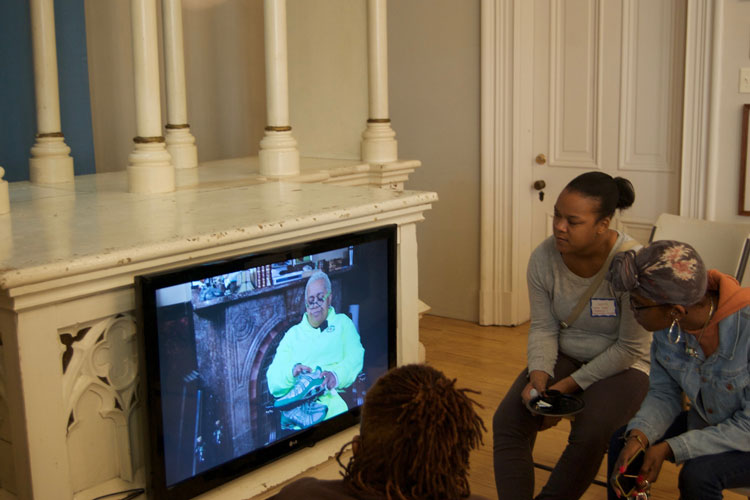 Pictures of victims of violence line the wooden walls of the Keystone church in different forms and mediums. Transparent curtains with images of old Hazelwood superimposed on them hang from the ceiling, while a television plays interviews from the families of victims in the back of the church. Each victim memorial is decorated with objects of the deceased’s hobbies, along with a quote from either the victim or a family member.

Smith founded COL in 2002 to empower the youth and families of community through programs created for community involvement. Smith is also an adjunct professor at CMU, where he would give direction and feedback to the designers of the exhibit to help capture the emotional stories of both the Hazelwood community and the individual families for the memorial.

“As they worked through it, it grew more into an exhibit honoring what has gone on in Hazelwood over the past 20 or 30 years,” Heckman says.

The exhibit will act as a memorial for the lives lost throughout the community as well as a reminder to stop the ongoing violence.