What Defines a Pittsburgh Bar?

Is it a spot for a beer and a shot or one of our nationally lauded establishments on the cutting edge of craft cocktails? 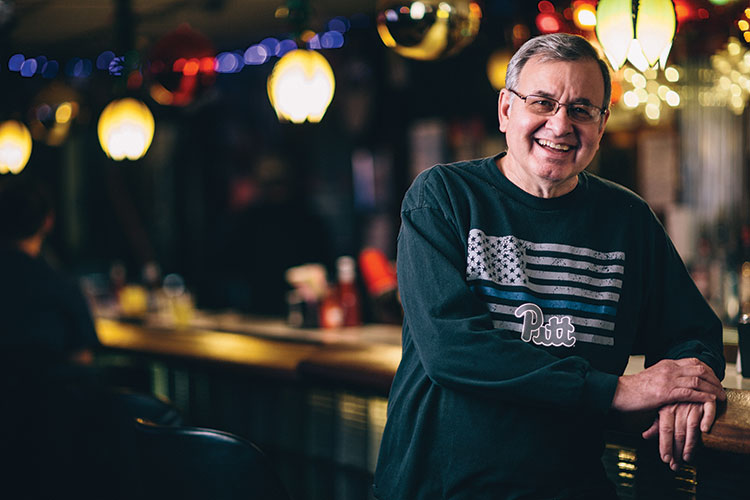 More than eight years ago, I was asked to write a feature for this magazine on the best bars in the city. Unbeknownst to me then, it was a fitting time for such an article. A sea change was upon us as the notion of what, exactly, defines a “Pittsburgh bar,” and I spent the ensuing decade writing this column and our nightlife blog, After Dark.

The old definition of that phrase was championed by a commenter on the original story, who scoffed at the majority of the list, arguing that anything more fancy than a large Moose Club was of no use to Pittsburghers. To his credit, that was the prototypical Pittsburgh bar for nearly a century: cheap, unremarkable beer; clouds of smoke lolling above the room; some kind of numbers game quietly being run; the nightly news on an ailing television.

Then — as Lawrenceville rolled over into a nationally known hipster haven and the South Side started pushing the regulars onto the backstreets to make way for the college kids — something changed. I asked my colleague, Hal B. Klein, about this; not only has he traced the evolution of the city’s bar culture, but he also arrived just in time to witness the shift.

“When I moved here, it was a place called Embury and a couple of other places, like Round Corner Cantina, that were a little bit more cocktail-focused,” Klein remembers. “But it was mostly shot-and-beer places.” Now, he says, there are a great many places with good, carefully constructed cocktails. “The bigger question for the future is … will those shot-and-beer places remain?”

So far, the better ones are hanging in there. Only two bars appeared on both the 2010 list and the updated feature Klein and I wrote in 2017: Gooski’s, the punk-heaven Polish Hill destination, and Kelly’s, the retro-futuristic East Liberty neighborhood favorite.

The 2017 list also added a woeful oversight that I should’ve included seven years earlier: Nied’s Hotel, the deep-Lawrenceville standard-bearer for the traditional definition of the Pittsburgh bar.

I stopped into Nied’s and talked to Jimmy Nied (pictured), the gregarious owner of the stalwart. Over a gigantic fish sandwich, I asked him what a Pittsburgh bar was. “My frame of reference is 5438 Butler St.,” he says, rattling off his own bar’s address. “I can’t change it. It’s not in me.” Clearly, he’s happy to fly the flag and maintain a certain character; at one point, he tells me, he calculated that the average service time of his employees was 35 years.

If you thread the needle, you can do both; Spirit, only a few blocks from Nied’s, leads the charge as an exemplar, where millennial craft is effortlessly married to boomer authenticity. (Klein cites the nascent Tina’s, in Bloomfield, as another such example.)

But as the decade rolls over, perhaps the new definition of a Pittsburgh bar won’t be one smoky corner watering hole or one urbane nexus of mixology. Perhaps it will be both of those places, side by side, each with dedicated customers but sharing more than a few regulars who drift back and forth.

And both will have cheap Pabst.

This article appears in the December 2018 issue of Pittsburgh Magazine.
Categories: From the Magazine, Things To Do