What Can Kids Do at Pittsburgh International Airport? Plenty! 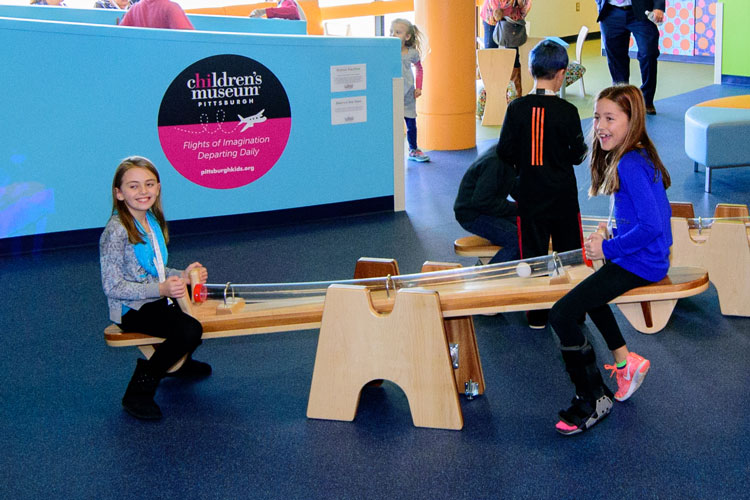 With the TSA recommending airline passengers arrive earlier and earlier, passengers are often left with a lot of time on their hands before their flight actually takes off. For parents with young children, keeping the little ones entertained can be a challenge. Now, they can head to Concourse C at Pittsburgh International Airport and let their offspring explore Kidsport, a 2,100 square foot interactive play area created just for kids.

Kidsport, originally opened in the Greater Pittsburgh International Airport in March of 1983, was the first play place of its kind. 33 years later, the upgraded Kidsport features live video displays, height comparison exhibits, seesaws, an updated Mr. Rogers kiosk and much more. Aspects of a more kid-friendly environment can be seen throughout the rest of the airport as well, with “Skeleton Mirror” in Concourse B, “Color” in Baggage Claim and a new area for nursing mothers, with plans for more exhibits and installations to come in 2017.

The renovations, executed by more than 100 airport workers, were funded by the Richard King Mellon Foundation, in collaboration with the museums, with the goal of giving the airport a taste of Pittsburgh and encouraging travelers to stop by local museums.

“Bringing more of the region’s rich arts and cultural scene and featuring our regional assets here is important,” said Christina Cassotis, CEO of the Allegheny County Airport Authority. “Pittsburghers have a lot to be proud of, and we want that to be reflected at the airport. We’re looking at how we can continue to improve that experience and these programs are just the start.”