What Are the Chances? Two Couples Literally Run into Love

People always say that you should let love find you, but what happens if you run into love? Or in these cases, bump into your future spouse on the sidewalk? 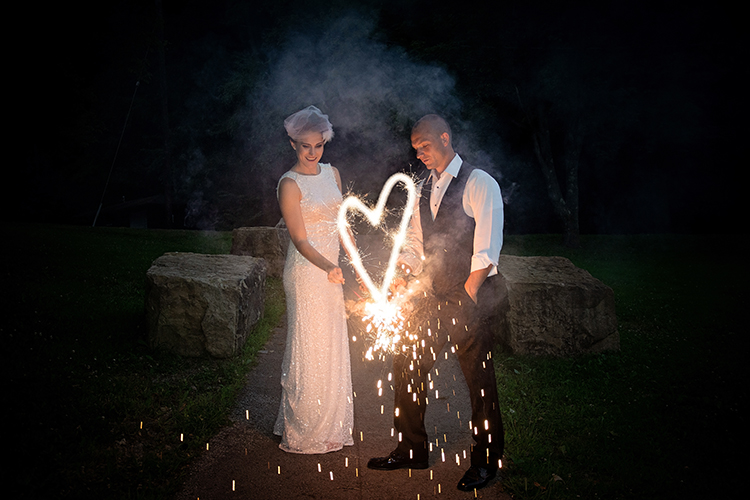 Some couples don’t realize the significance of their initial encounters until years later. For Erika Hricik and Jonathan Kinkead, who married on Aug. 1, 2015, this is was the case. One frigid day in January 2012, Jonathan waited impatiently for the pedestrian walk sign to change at the corner of Rayen Avenue and Elm Street in Youngstown, Ohio. He noticed an attractive woman standing next to him.

“To make light of the cold weather and snow, I said something I assumed was funny to maybe grab her attention. It did,” says Jonathan.

Jonathan and Erika chatted for a few minutes as they walked in the same direction. Just as they were about to part ways, Jonathan offered to give Erika a tour of the Youngstown Historical Center of Industry and Labor, where he worked.

“When I went back into work I told my colleague if a pretty girl were to come in later on to pretend I was the boss!” Jonathan says. Erika had a boyfriend at the time, so she decided not to visit the museum. 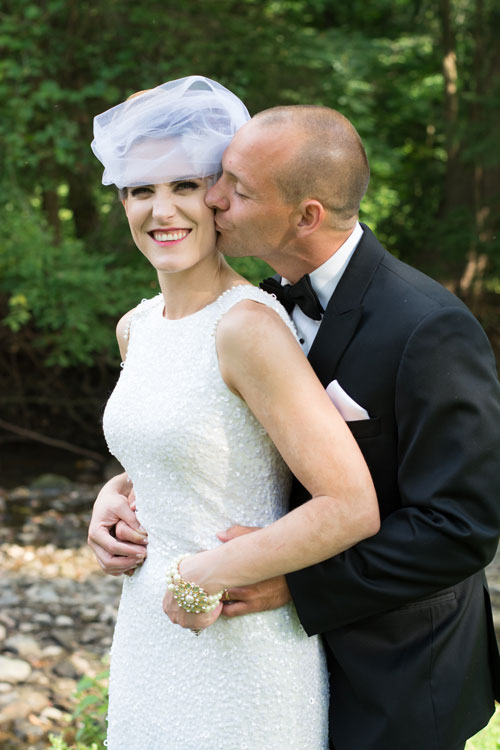 Fast forward two years to an evening at Vintage Estates Wine & Beer, a bar and lounge in Boardman, Ohio. Jonathan was making small talk with a bartender, noticed she had an unusual last name and asked her about the spelling: Hricik. Later on that night, Jonathan chose to make a bold move.

“She seemed really great. In 21st century fashion, I added her as a friend on Facebook,” he says.

As they chatted through Facebook messages, Erika blatantly asked, “So when are you going to ask me out on a date?” A few days later, the two met up at O’Donolds Irish Pub and Grill in Youngstown. 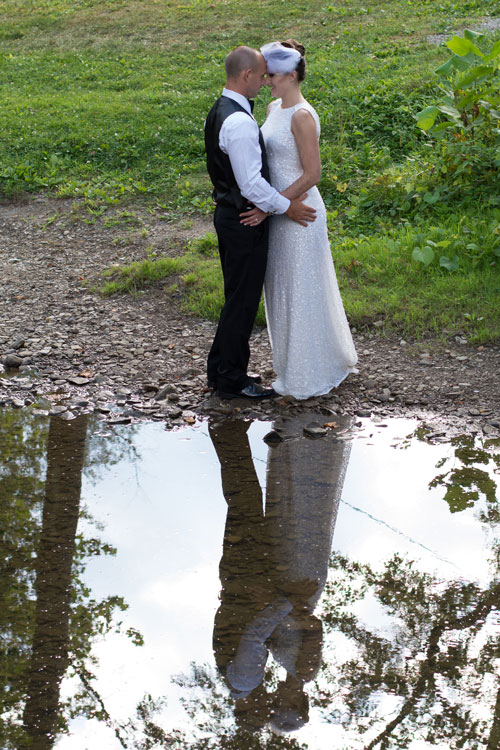 As they shared stories over drinks, it dawned on Jonathan that he had met this woman before. It finally hit him — this was the woman he met at the intersection of Rayen and Elm. Hoping she would remember, Jonathan asked Erika: “Did you ever talk to a person that worked at the YHCIL museum in the middle of winter while waiting for the pedestrian light?” She responded that she remembered a “handsome young man” inviting her to the museum for a tour. And the rest is history.

“That is the long story of how Erika and I met under the most serendipitous of circumstances two years apart,” says Jonathan. “I guess it’s true when your parents and grandparents say, ‘If it’s meant to be, it’s meant to be.’” 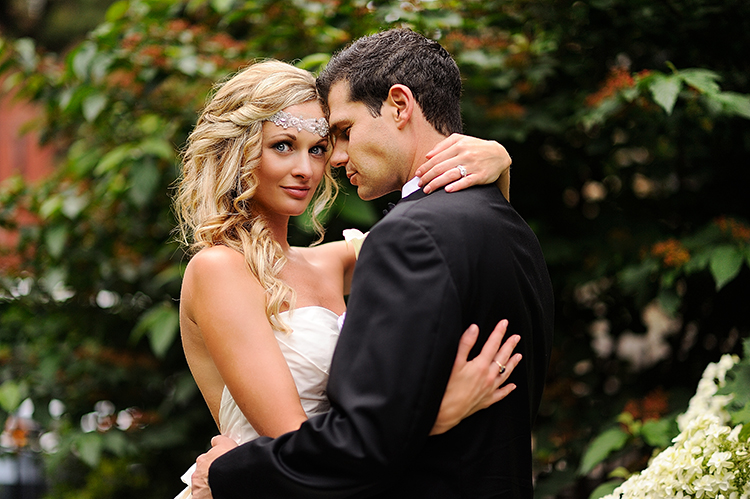 A few months after moving to Delray Beach, Fla. in 2013, Rebecca Magrini and Jeffrey Diamond ran into one another on a summer evening. Rebecca believes pizza brought her and Jeffrey together since her friend insisted on grabbing a slice after leaving happy hour. “If it were not for her pizza request, I wouldn’t have run into Jeffrey,” says Rebecca. “I’m still very thankful for that slice of pizza she so badly wanted.” 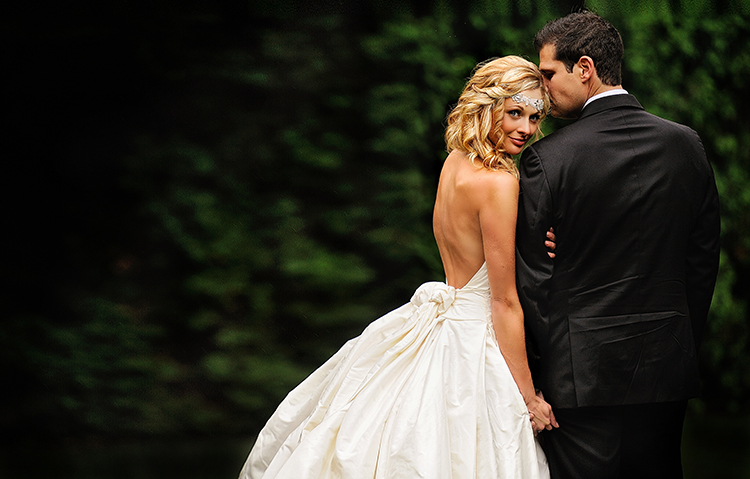 Jeffrey bumped into Rebecca as they walked down the sidewalk on Atlantic Avenue. He told her that she had beautiful eyes, and the rest, as they say, is history.

“Little did I know that one compliment would turn into a long conversation, a coffee date and a lifetime of love,” says Rebecca. “I remember thinking how crazy it was that I was meeting a total stranger ‘off the street,’ but we quickly connected and we both knew there was something special about our relationship.” 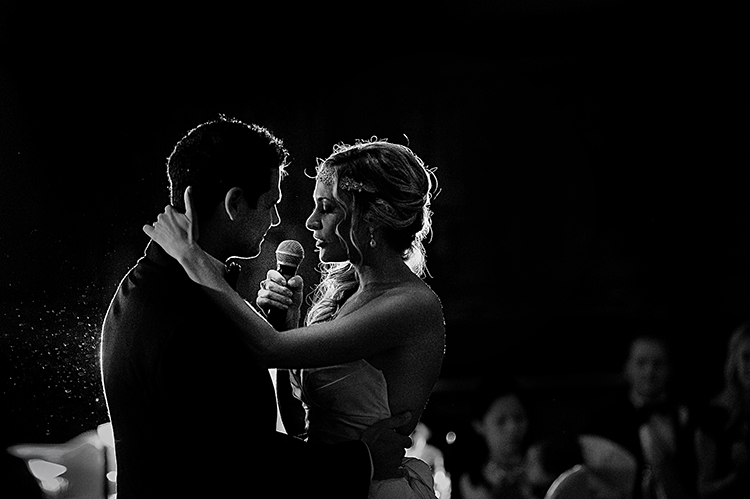 Later that year, Jeffrey surprised Rebecca with a trip to Rome, where he proposed. They held their wedding on June 20, 2015 at Calvary United Methodist Church on the North Side with a reception at the Grand Hall at the Priory. Once they were married, they began to build a home in Delray Beach a few blocks away from where they first met that one summer night.

“I enjoy the constant reminder of how our ‘fairytale’ began, and I love how it continues to grow,” says Rebecca. Her mother always told her that she will meet her prince just walking down the street someday, and that statement couldn’t be any more true.