Beginning this month, Patrick Doyle introduces people who are making a difference behind the scenes in Pittsburgh. He begins with Bloomfield- Garfield Corporation neighborhood advocates Aggie Brose and Rick Swartz. 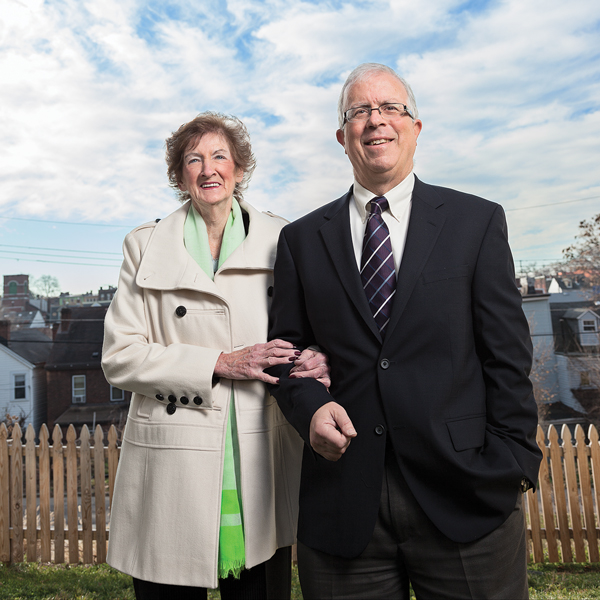 After decades of stagnation, the East End faces a new problem: housing prices are outpacing the wallets of longtime residents. Housing prices are up nearly 370 percent in central Lawrenceville since 2000, while the owners of East Liberty’s Penn Plaza apartments are paying low-income renters to move so they can replace it with a higher-end complex. Even ketchup heir Christopher Heinz told the Pittsburgh Post-Gazette he found some prices in Shadyside to be “out of his price range.” Not surprisingly, a recent study showed the city lacks 21,000 affordable housing units for low-income residents. Hence the question: How can Pittsburgh manage neighborhood revival without letting capitalism stampede working-class residents?

One answer can be found on the once-moribund stretch of Penn Avenue that bisects Garfield and Bloomfield/Friendship. For 40 years, the Bloomfield-Garfield Corporation — led by longtime neighborhood advocates Rick Swartz and Aggie Brose — has pushed a different vision. While passersby might see a neighborhood ignored by developers, Bloomfield-Garfield is choosing affordability and community over glitz. “We don’t think that Garfield has to be the next market-rate housing area,” says Swartz.

“Our goal is to engage with you if you want to develop in the community.”

For the BGC, that has meant playing an active role in creating an affordable, interesting neighborhood. It manages the Penn Avenue Arts Initiative, which aims to attract artists and galleries; the group also has built or renovated more than 200 homes, turning renters into homeowners. The newest crown jewel is the nearly completed Penn-Mathilda Apartments, a three-story, mixed-use building that affordable-housing nonprofit ACTION-Housing Inc. is constructing at the entrance to the neighborhood. The 39 one- and two-bedroom apartments upstairs are reserved for working Pittsburghers who earn between 60 to 80 percent of city median income (veterans also get preference). Those wages, ranging from $31,000-$42,000 a year, once provided stability for a cook or mechanic who worked in the East End to live nearby. Not now.

Lawrenceville’s mossArchitects designed the building, which is both energy-efficient and welcoming — proving that affordable housing can look good, if done thoughtfully. Four ground-floor commercial spaces fit into the broader context of Penn Avenue, providing a location for a restaurant, two retail outlets and community space. ACTION-Housing included parking for residents’ cars and bicycles, as well as a location on popular bus routes. “We’re hoping to facilitate a car-free life,” says Lena Andrews, a planning and development officer for ACTION-Housing. “We’re thinking about the cost of living, literally.”

Building affordable housing isn’t easy — the $12 million for construction costs was met with foundation funding, tax credits and a loan from the Urban Redevelopment Authority — but the need is enormous. Despite little advertising, ACTION-Housing received more than 200 applications in a month. As city leaders who make up Pittsburgh’s new Affordable Housing Task Force discuss the problem, no doubt they’ll look at other cities for models, but they’d also be wise to look to the work of the BGC.

And the area, by the way, is rebounding with completion of the first stage of the Penn Avenue overhaul. Sidewalks have been poured, traffic again flows in two directions, a tea shop, pizza place and Aldi grocery have opened, and restaurants are under construction. “It’s all about making our community a real mix of people,” Swartz says. “Penn-Mathilda is an example of pushing the envelope a little further.”

This article appears in the January 2016 issue of Pittsburgh Magazine.
Categories: Community Feature