What a Ride! A White Water Wedding

This couple took the phrase “white wedding” to a whole new level. 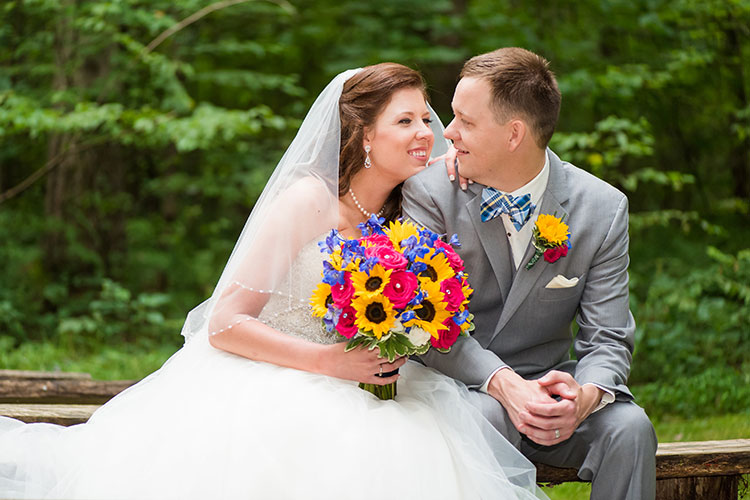 The color white is typically associated with wedding dresses. But when Megan Deviney and Steven Aeschbach were married on July 16, they incorporated the color in a unique way: white water rafting.

While planning their wedding, the couple decided that their theme was going to be “fun.” To carry the theme, they incorporated entertaining elements into their day, which started with the ceremony at 9 a.m., followed by brunch, then white water rafting with a reception afterwards.

“We wanted our wedding to be a full day of activity,” says Megan, 27. “Several of our college friends who we had not seen since school were able to come and we really wanted to make the most of our time together.” 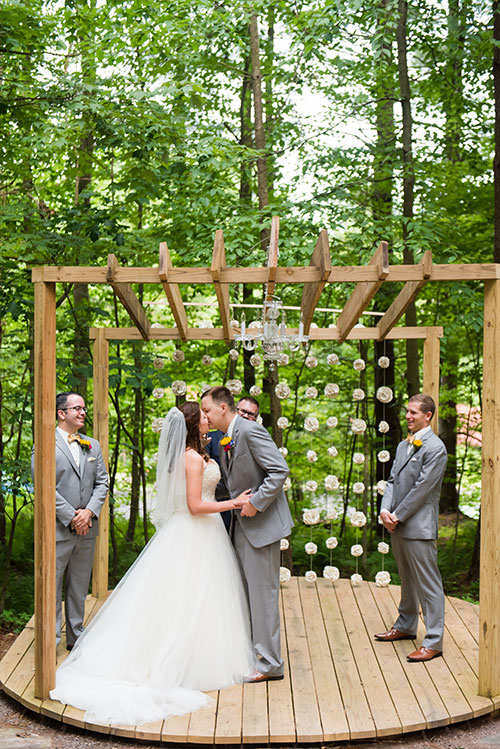 They were married in a ceremony in the woods, in front of an altar adorned with paper flowers made from Harry Potter books, a series of which Megan is a fan. Guests were given wedding wands that Megan made after she saw the idea on Etsy.

“Our officiant was awesome, and included a few Harry Potter quotes and guest interaction with the wands into the ceremony,” Megan says.

After the ceremony and brunch, everyone (except Steven’s parents and aunt, who watched the young children) was off to go white water rafting. 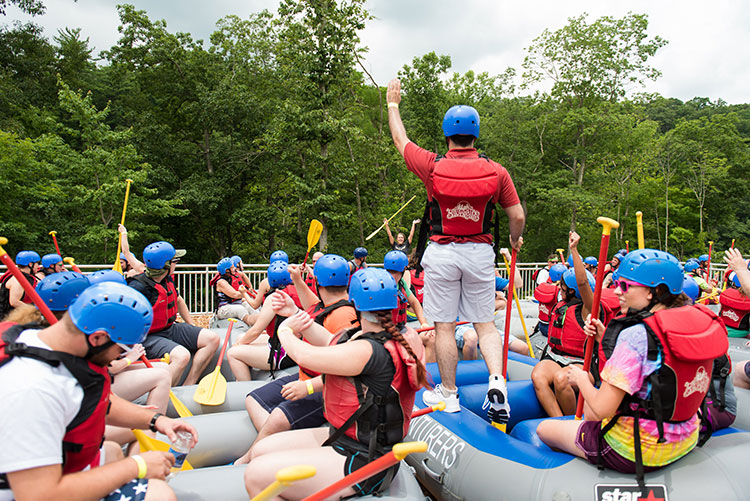 “We had our wedding near Ohiopyle, which is a regular place for locals, but a ‘destination’ wedding for our friends and family, most of which had never been to [Pennsylvania,]” Megan says.

Steven’s mother came up with the idea to go white water rafting, and after they thought about it, they knew that it was the fun and unique idea their family and friends would always remember. Megan had never gone white water rafting, so they took a test run before sending out their invitations.

The wedding party and guests rafted with White Water Adventurers in Ohiopyle. When it was time to put on their helmets, Megan realized she hadn’t thought about one thing: her hair. 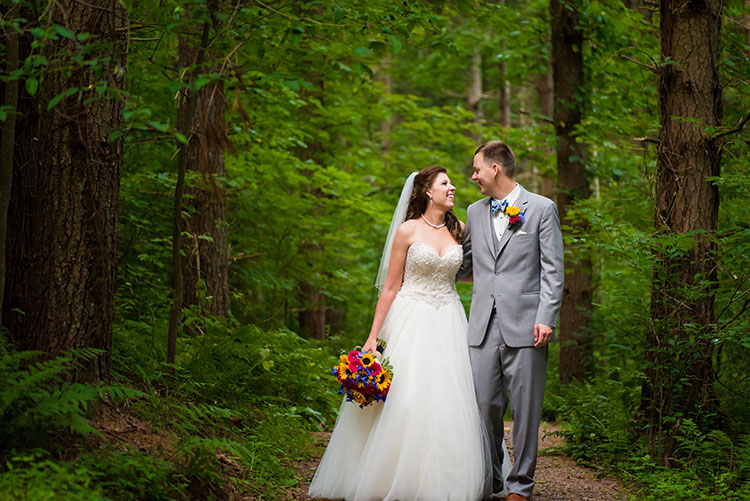 “I hadn't really thought much about [it] until the white water rafting guides gave me a helmet, and I knew I had to put it on my fancy hair. I was really paranoid about running late and ruining the schedule so my hair appointment was at 4:30 a.m. that morning,” she says. “Something about getting up that early for a hair appointment and then dunking it in a river is tough.”

But Megan says that everything worked out fine, and she was able to fix her hair and makeup before the reception.

“My favorite part [of the day] was getting to spend time with all of our friends and family. Moving across the country can be hard, so it was a great opportunity to get everyone back together,” Megan says. 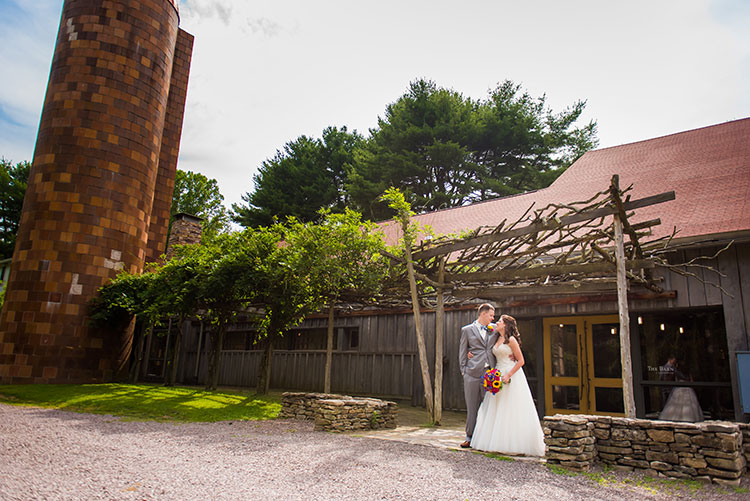