Offered through the university’s College of Business and Economics, the degree focuses on examining and interpreting large amounts of data in the global marketplace 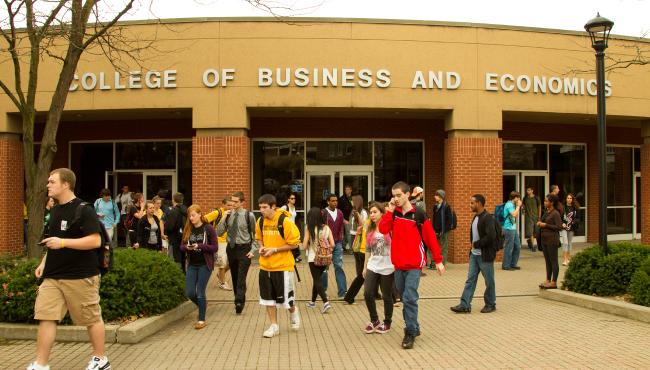 WVU ADDS NEW BUSINESS DATA DEGREE
West Virginia University is among the first universities to offer a Master of Science in Business Data Analytics, now that the university’s board of governors has approved curriculum for the degree.

Offered through the university’s College of Business and Economics, the degree focuses on examining and interpreting large amounts of data in the global marketplace. Provost Joyce McConnell, in a statement, says she sees the potential for West Virginia to become a major player in the field.

Vast quantities of data are compiled every day for purposes ranging from business to medicine and from government to academia,” she says. “With the tremendous expertise we have in these fields across campus, we are determined to make West Virginia University a leader in the area of data sciences and data analytics.”

PITT POURS MORE THAN $26M INTO CAMPUS CONSTRUCTION
The University of Pittsburgh has approved two construction and renovation projects for improvements at its campuses in Oakland and Johnstown.

The university says the projects will cost $25,635,000 and are expected to create 138 construction jobs and 55 support jobs. Five approved leases also will generate $229,688 annually in property taxes for local government, according to the school.

The bulk of the spending — $23 million — comes from the three-phase construction and renovation of the John P. Murtha Center for Public Service and National Competitiveness at the Johnstown campus. At its Oakland campus, Pitt will spend $2.635 million to upgrade elevators in Sutherland Hall. More on the projects and leases can be found here.

DUQUESNE REPRESENTED AT REGIONAL EMMY AWARDS CEREMONY
A Duquesne University biology professor and a graduate of the school’s journalism and multimedia arts program won Emmy Awards earlier this month at a ceremony in Philadelphia hosted by the Mid-Atlantic Chapter of the National Academy of Television Arts & Sciences.

Dr. John Pollock, creator of the Scientastic! program “Are You Sleeping? Dormez Vous?,” won the award in the categories of Children/Youth/Teen Program or Special and Musical Composition/Arrangement. The show, aimed at kids aged 8-13, premiered on WQED in Pittsburgh.

uquesne alumna Samantha Barker, who graduated in May,  won an Emmy in the College/University Production Awards category for her news package that featured a fundraiser walk for blood cancer.

This article appears in the September 2015 issue of Great Minds.
Categories: Great Minds