Partying all night can take a lot out of people. To keep the energy high and give guests a boost, these couples brought in — or went out for — some late-night pick-me-ups on their wedding day. 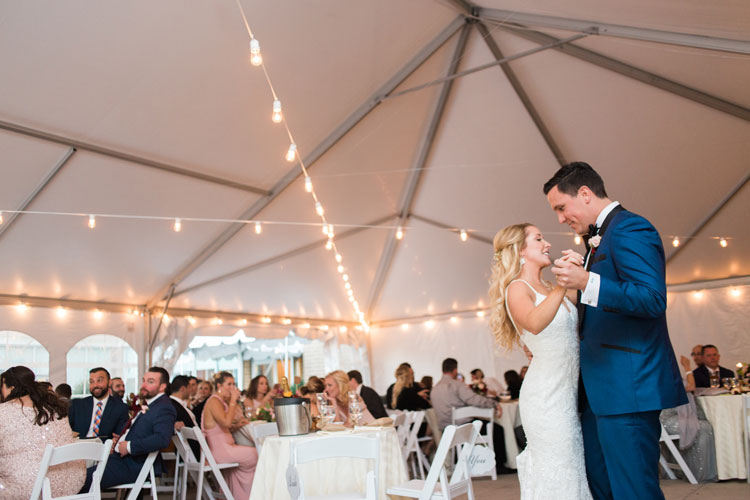 Sometimes it’s the little things that make a wedding day special. On Monica Minetola and Patrick Baker’s wedding on Sept. 30, the showstopper was pizza delivered from Mineo’s Pizza House.

During the reception at the Hyatt House Pittsburgh South Side, guests were enjoying their time on the dance floor. But when someone yelled, “Pizza’s here!” a mob of people left the DJ hanging and swarmed to the food.

“It’s kind of annoying because I spent so much money on [my caterer], and all people talked about was the pizza,” Monica says. “It was quite a hit.” 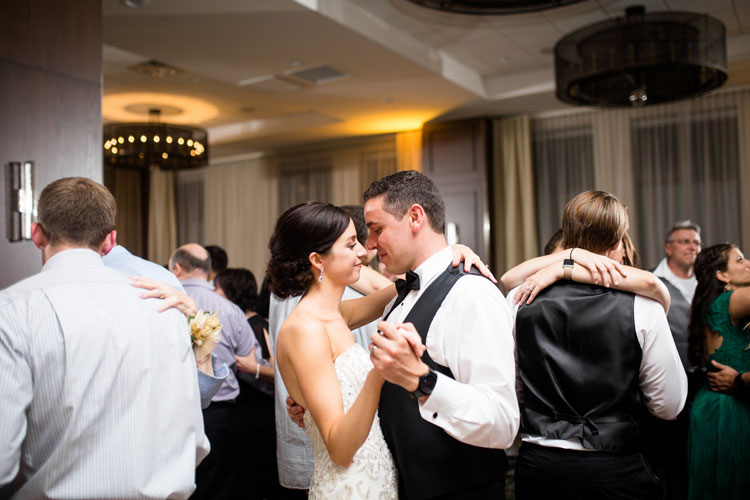 With dinner generally early in the evening, wedding guests often work up an appetite. After the dancing and partying at Janelle Hestin and Josh Bench’s wedding on Sept. 30, guests found themselves in need of something to snack on.

Luckily, these guests were met with a solution. Janelle and Josh provided gourmet popcorn from the Pittsburgh Popcorn Company for their hungry attendees. 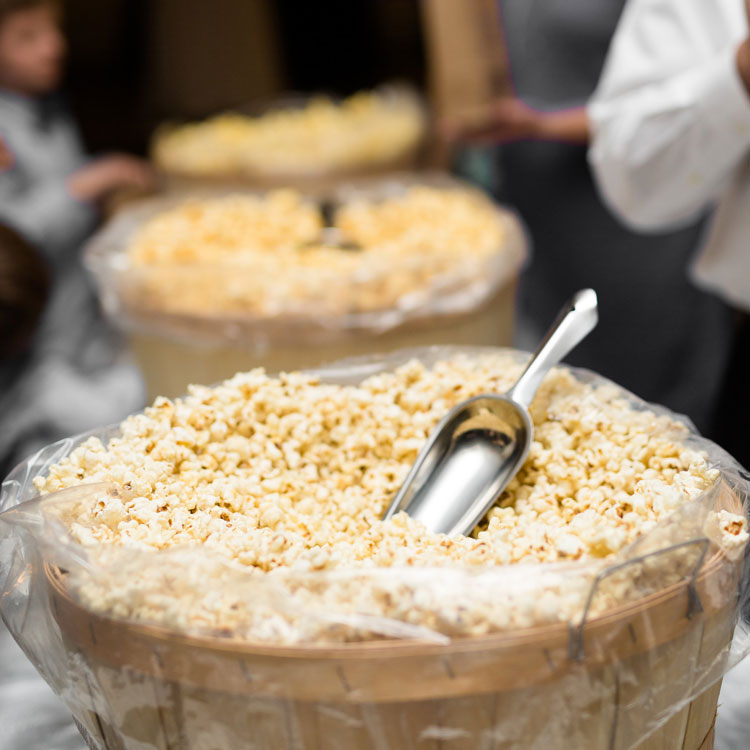 The party-goers were also given to-go bags in case they wanted to take some popcorn for the road, so Janelle and Josh’s late-night snack doubled as a favor.

“The guests loved having a unique and delicious snack later in the night,” Janelle said in an email. 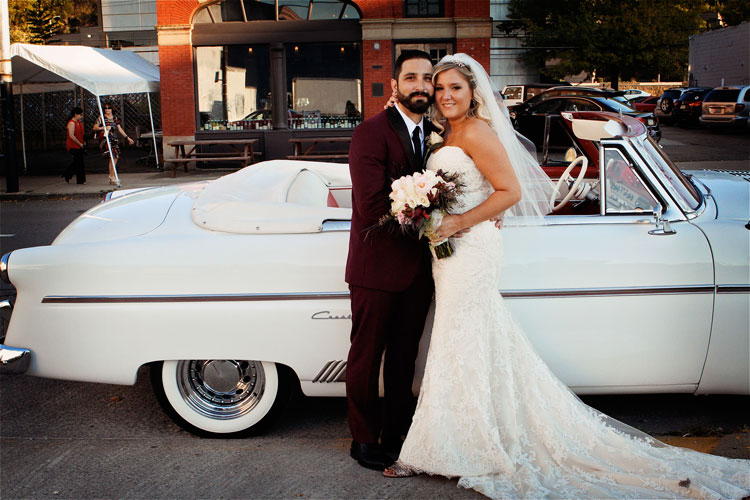 On the day of Jackie Jeskey and Joe Ramuchak’s wedding, the party couldn’t stop. Even though the reception — held at the Union Hall at Bar Marco — ended at 10 p.m., guests stayed around until 10:30. After some debate, the group decided to continue celebrating in the Strip District.

The party moved on to Smallman Galley. Some guests got tired and began to duck out, but Jackie and Joe’s core group of friends and family stayed with them.

The final stop was Primanti Bros., where the crew drank I.C. Light and enjoyed the classic Pittsburgh establishment’s sandwiches.

“We were about as Pittsburgh as you can get,” Jackie says.

Jackie will always remember the night fondly, especially her opportunity to walk around the Strip District in a wedding dress.

“[My dress] got filthy,” Jackie says. “My mom asked if I was going to clean it, but I put it in the attic, and I like to look at it and remember that night.”