From a medic who fainted when his blood was drawn during his physical to an Army nurse, area Vietnam veterans share stories about their time in country. 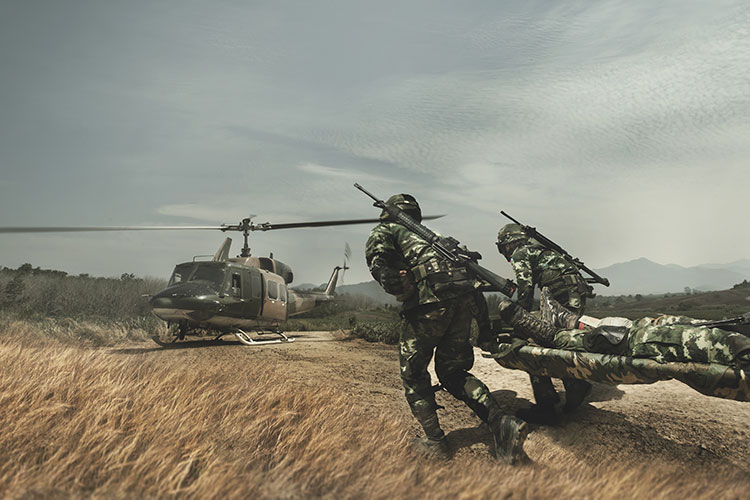 Clem Blazewick, who grew up in the South Side, was ill-prepared for his tour of duty in Vietnam. Drafted in June 1965, Blazewick had felt squeamish at the sight of blood since he was a boy and fainted when his blood was drawn during his physical exam. Murphy’s Law being what it is, Blazewick was assigned to Fort Sam Houston to be trained as a medic and then as a lab technician.

On Christmas Day 1965, Blazewick left San Francisco for Vietnam. Assigned to the 93rd Evacuation Hospital in Long Binh about 20 miles north of Saigon, Blazewick drew blood and performed tests on wounded servicemen. “Not a day went by without serious casualties,” says Blazewick, remembers one soldier in particular, a kid from Colorado, who required 66 pints of blood. “One arm was completely gone, and the other missing below the elbow,” he says. “Both legs from the knees down were gone, and he had shrapnel throughout his body, but he had an incredible will to live, and he left the hospital alive.”

What was difficult, Blazewick says, was getting to know a patient then learning that they died during a second or third operation. “That was not easy to accept.” 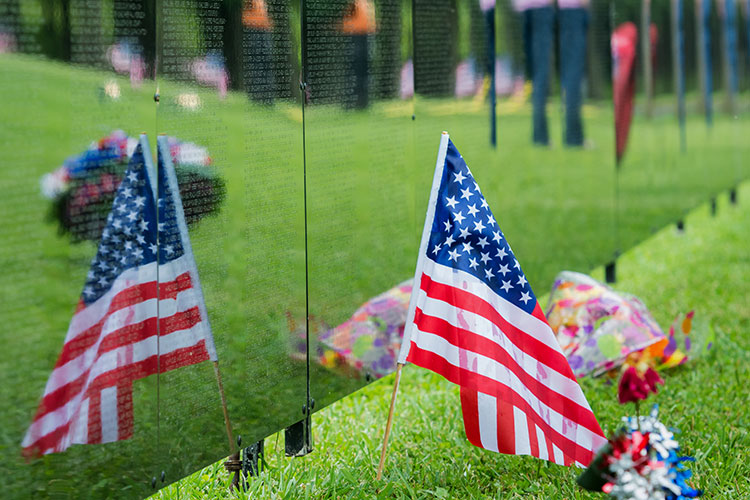 Ken Rozycki, who grew up in Millvale and now lives in Ohio Township, knew that he’d probably be called up for service once he completed dental school at the University of Pittsburgh, so instead, he enlisted in the Army in his senior year and went on active duty in 1967. His first assignment was at Long Binh where he worked with a team of dentists from Alabama. “I don’t think the commanding officer liked the fact that someone from Pennsylvania was infiltrating his group of Southerners,” he says. “He came up with a nickname for me: Dr. Yankee Pullem, and he called me by that name until my orders were changed and I was sent to Northern I Corp in the northernmost region of South Vietnam to replace a dentist who had been killed in a plane crash.”

Rozycki, who came home in September 1969 after a year, is still grateful to the Marines who manned the watchtower and the Army personnel who operated the self-propelled anti-aircraft guns called Dusters that protected him from enemy rocket fire and mortar rounds at night. When a traveling replica of the Vietnam Veterans Memorial arrived in Hampton Community Park last summer right before the Fourth of July, Rozycki volunteered for three 4-hour shifts, two of which were at night, so he could stand watch over those who had kept him safe while he slept. 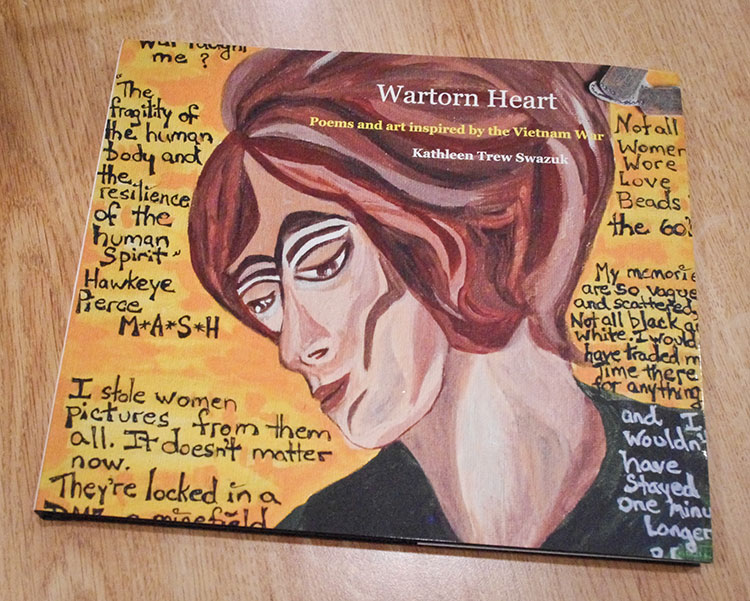 A junior in nursing school at St. Margaret’s Hospital when an Army recruiter paid a visit, Kathie Trew Swazuk was seduced by promises of being able to live in any city in the U.S. once she enlisted. Swazuk, who graduated from Shaler High School in 1965 and had never been out of Pittsburgh, put San Francisco, Denver and Washington, D.C., on her wish list, never dreaming she would be sent to Vietnam, despite the fighting there. Like Blazewick, she was also sent to Fort Sam Houston for basic training, but her dreams of travel and adventure were short-lived.

“They said that 88 percent of us would be in Vietnam by the end of the year,” says Swazuk. She was one of two women — the rest were soldiers — on a transport plane that took off from Travis Air Force Base in California in 1969 headed to the 93rd Evacuation Hospital on Cam Ranh Bay, a long peninsula that has been described as one of the jewels of Vietnam. Swazuk remembers how difficult that landing was because her plane was being rocketed. “That’s when it hit me that we were in a war zone,” she says. Still, things could have been worse. While some combat nurses lived in hootches deep in the jungle, Swazuk had her own bedroom at Bachelor Officers Quarters where she was given a Sears catalog and told to order things such as posters, bedspreads and knick knacks that would make the room look “homey.”

Assigned to a medical-surgical unit, Swazuk worked 12-hour shifts and took care of everything from gunshot wounds to burns. “It was almost impossible to keep things sterile in Vietnam,” says Swazuk, who had to change dressings and peel off dead layers of skin once a day on soldiers who had been severely burned. “It was painful for them, but it was also painful for us because we knew that we were hurting them,” she says.

Swazuk, who is now retired from nursing after working for many years in Pittsburgh, including in in the emergency room at St. Francis Hospital for 18 years, misses how it felt to be part of a team when she was in Vietnam. “This was long ago when it was common practice back home for nurses to stand when a doctor came to the desk, but in Vietnam there weren’t those kinds of distinctions,” she says. “I felt so useful in a military hospital, like I had a purpose. We were a band of brothers and sisters. There’s none of that in civilian life.” 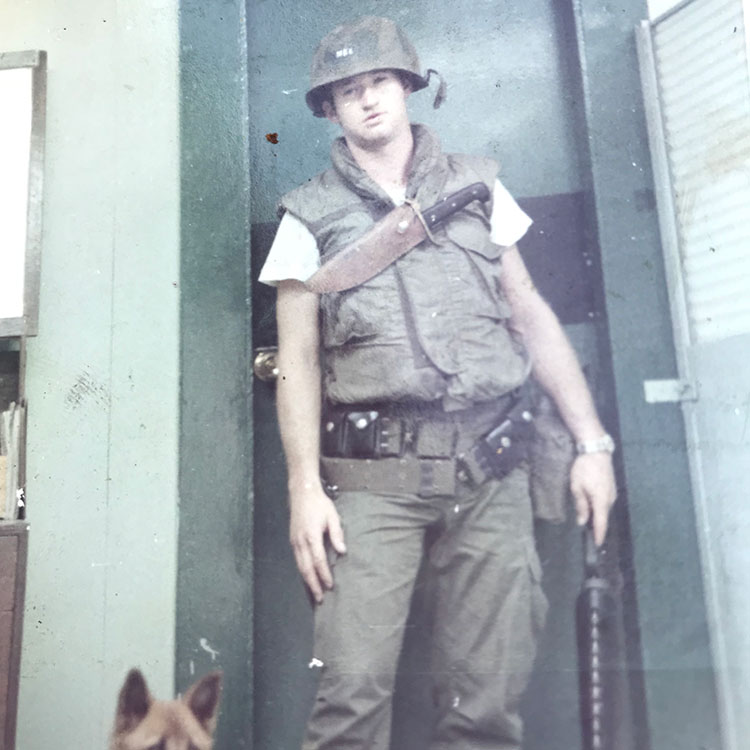 Dave Hathaway at Tan Son Nhut Air Base in Saigon

When members of Vietnam Veterans Inc. went to Washington, D.C., this past November to celebrate the 35th anniversary of the Vietnam Veterans Memorial, Dave Hathaway took his wife, Susan, with him. Theirs is a love story spanning nearly 50 years, and it began with a letter Susan wrote to Private Grover Henson, a fictional soldier feeling forgotten in Vietnam.

“There was a radio station in Pittsburgh called WIXZ,” says Susan, who grew up in Finleyville. “They played this song called ‘Grover Henson Feels Forgotten’ about a soldier in Vietnam who never got any mail. So they asked girls like me to write letters to Private Grover Henson and tell him about us. They said if we mailed the letters to the radio station that they’d send them to soldiers in Vietnam.”

Dave picks up the story. “I went down to the USO in Saigon where they had these big 55-gallon drums filled with letters from Ohio, West Virginia, New York, New Jersey and Pennsylvania,” he says. “I grabbed a bunch of letters from Pennsylvania, stuffed them in the pockets of my fatigues and went back to the barracks to hand them out. Susan’s was the only letter without a picture in it.” 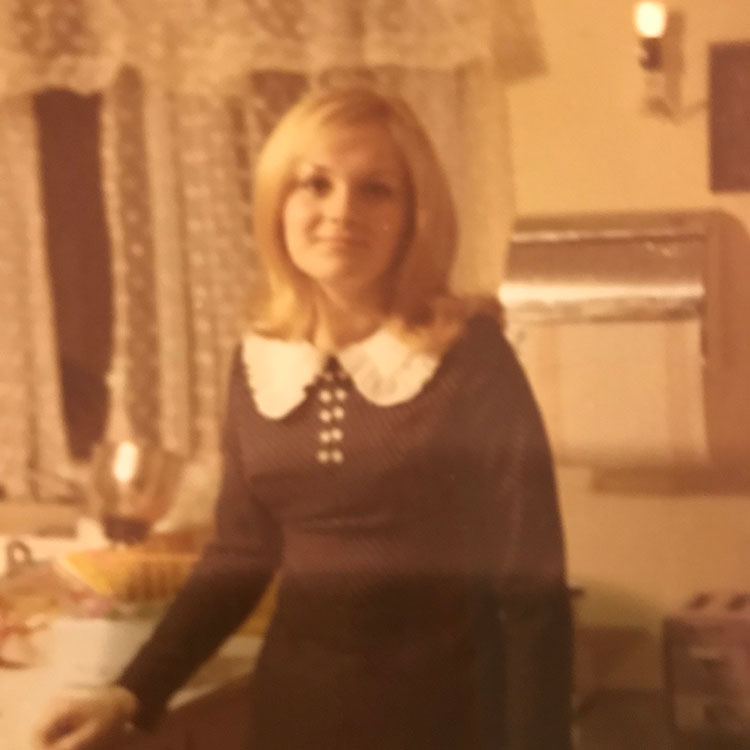 The photo Hathaway’s future wife Susan sent him in 1968

Dave and Susan wrote to each other for six months before she finally sent him a photo of herself wearing a dress with a petal collar. Quite frankly, Susan was a knockout. So did Dave think he’d won the lottery when that letter came in the mail?

Susan admits that she had nothing to do in Finleyville so she baked a lot and mailed weekly care packages with everything from Slim Jims and canned hams to homemade banana bread to Dave. “He told me that all they had to eat was powdered eggs, powdered milk and rice bread,” says Susan, who was not prepared for the scrawny G.I. who showed up at her mother’s house in a snowstorm in December 1970. “He was so skinny that I thought, oh, my God, he’s smaller than me,” says Susan. “I think his legs were the size of my arms.”

This article appears in the July 2018 issue of Pittsburgh Magazine.
Categories: Community Feature