During his month-long stay in Pittsburgh, author Rudyard Kipling still dressed as if he were in India. 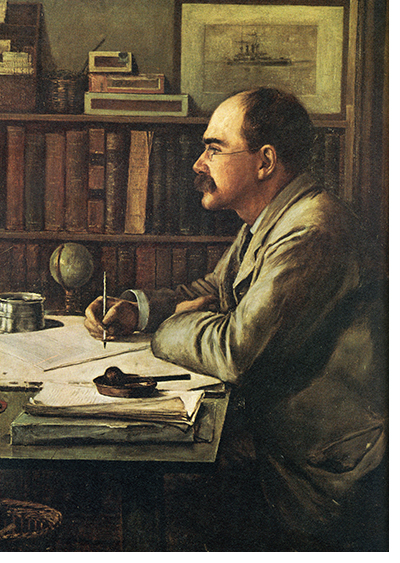 People know Rudyard Kipling as a great writer, renowned for his late-19th and early-20th century collections of vivid tales like Just So Stories and The Jungle Book. Kipling was the first English-language writer to win the Nobel Prize for Literature.

Born to British parents in Bombay, he was a 23-year-old journalist in India when he decided to see some of the world. Kipling headed east from Calcutta in March 1889, eventually making a 20-day steamship crossing of the north Pacific from Japan to San Francisco.

Kipling reportedly dressed as though he were still in India: pith helmet, shorts and leg-wraps known as “puttees.” He attracted a lot of attention in the small town, some of it romantic; there were parties, badminton games, cigars from West Virginia and frequent visits to a local apothecary (one of the only places to get a drink in a dry town).

Kipling did write about his American travels, sending back reports to his newspaper, The Pioneer, in India. Those articles were eventually printed in a travel book titled From Sea To Sea.

He wrote many nice things about the region: “Imagine a rolling, wooded landscape, under the softest of blue skies, dotted at three-mile intervals with fat little, quiet little villages, or aggressive little manufacturing towns that the trees and the folds of the hills mercifully prevented from betraying their presence.”

Kipling spent about a month in Beaver. He did mention Pittsburgh (without naming it) as a memorable stop:  “… a huge manufacturing city of three hundred thousand souls lighted and warmed by natural gas.”

This article appears in the March 2013 issue of Pittsburgh Magazine.
Categories: Rick Sebak