We All Scream for Dave & Andy’s!

This Oakland ice creamery just might serve the best summer treats in town. 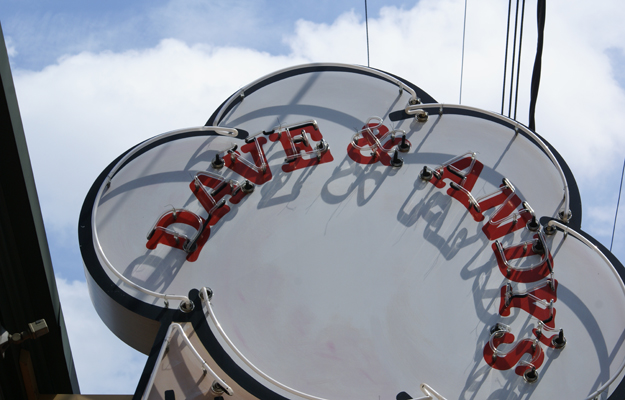 Yes, ice cream is great anytime, anywhere. It may be the best thing on earth. It’s luscious, sweet, flavorful and reassuring. And if you find a place with really good ice cream, you’ll want to cherish it, frequent it and tell people about it. On a hot summer day, it’s where you want to be. In Pittsburgh, you’ll want to be at Dave & Andy’s in Oakland.

Those of us who are lucky enough to live and work near 207 Atwood St. know that place sells excellent, freshly churned ice cream that’s made in small, five-gallon batches, and some of the flavors are hard to find elsewhere. Owner Andy Hardie and his employees also handcraft some of the best malted cones on six small waffle irons as patrons watch.

In 2000, when I was making a WQED documentary called Something About Oakland, I took a video crew to the shop to make a short story about Hardie and his wares. He laughed about people who come back and report (sometimes with concern) that they found an M&M at the bottom of their waffle cone. (It’s a signature trick at Dave & Andy’s; the candy helps prevent ice cream from flowing out the bottom of the handmade cones.) 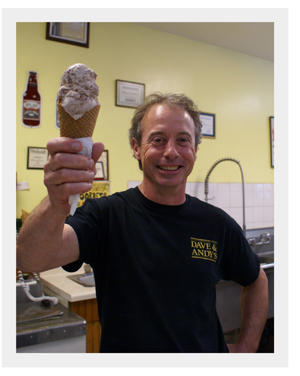 Hardie co-founded this beautiful little business with his friend, Dave Tuttle, in 1983 after they graduated from college and needed a livelihood. “We researched the business, and my sister was at Harvard [University], so we went to Boston and checked out some of the great shops there,” Hardie said. He remembers visiting the legendary Steve’s Ice Cream in Somerville, Mass., where add-ins (or “smoosh-ins”) were first offered, and they became part of the scene here, too. Tuttle departed in the early ’90s, and since then, Hardie has been the sole proprietor of the shop.

“I always say that if I were smart, I would have named one of my sons Dave,” said Hardie, “because people still ask, ‘Who’s Dave?’”

More often, people want to know what flavors are sold. Daily selections are listed on the blackboard and are visible in the freezer case. “We only have five flavors that are always available,” Hardie said. “Vanilla, chocolate, cookies-and-cream and the two most popular flavors:  chocolate-chip-cookie-dough and birthday cake. We sell more of those two than all the others combined.”

And the team whips up all the flavors from scratch. “We make all our own cookie dough, and we bake all our own cakes that get crumbled into the birthday-cake ice cream—along with rainbow jimmies and an icing swirl,” Hardie said.

I have a penchant for the flavor they call sweet cream, which is the high-butterfat dairy mix churned with no added flavorings. On broiling hot days in August, the line at Dave & Andy’s can be long. “One of the nice things about ice cream is somebody can be having a miserable day, and they’ll come in and get cheered up by the ice cream,” Hardie explained. I believe him.

This article appears in the August 2011 issue of Pittsburgh Magazine.
Categories: Rick Sebak