Can Allegheny County solve its stormwater problem by fixing its streams? 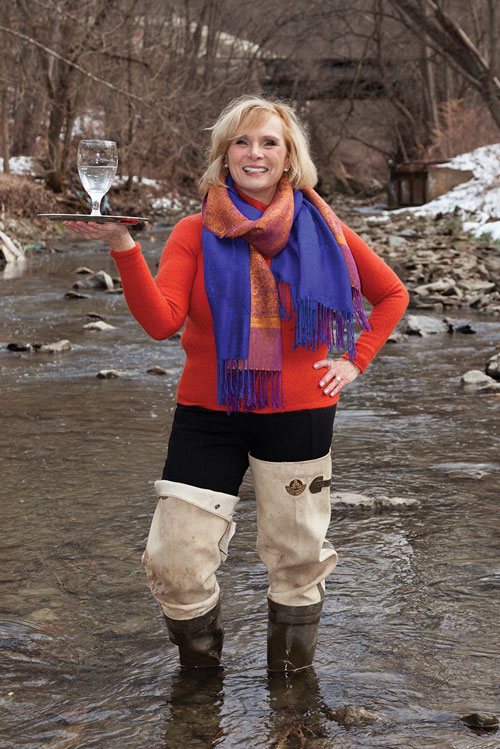 On a sunny autumn day in 2014, Lisa Werder Brown was driving on Route 51, headed north toward the Liberty Tunnel, when she pulled over. This was the spot, her boss had told her, where she could catch a glimpse of her new project. Brown got out of the car, crossed herself in quick prayer and dashed across the busy highway. She squeezed through a hole in the fence, and there it was: Saw Mill Run. “The trees were all these vibrant colors,” says Brown, director of the nascent Saw Mill Run Watershed Association.

“And when I saw the stream, I was just blown away.” It was lovely.

Saw Mill Run, like some of Pittsburgh’s other urban streams, is largely hidden from public view; the waterways generally go unnoticed until heavy rain causes them to flood onto roads. Far worse is when that stormwater overwhelms the Allegheny County Sanitary Authority’s archaic system, which annually discharges at least 9 billion gallons of sewage-contaminated water into streams and rivers. Alcosan is negotiating a nearly $3 billion plan with the federal government to bring its system into mandated environmental compliance, but its efforts to date have focused on the problem’s back-end, involving such proposals as building a bigger sewage-treatment plant and underground tunnels to store pre-treated water.

While we undoubtedly need some of this new infrastructure, we’d also be smart to capture more of that stormwater before it hits the system. As Pittsburgh Mayor Bill Peduto has aptly put it: “Instead of building a funnel, you build a sponge.”

To build a better sponge, you need to restore the health of the streams and the watershed so they are capable of soaking up more water. Brown hopes to build wetlands along Saw Mill Run, as well as greenways and trails that could serve as community amenities. When a thunderstorm hits, the expanded green space and wetlands would soak up extra water before it spills onto Route 51. By reconnecting floodplains to the stream, “we can see improved water quality and [less] flooding of other spaces,” Brown says.

This green infrastructure will be capable of absorbing more than 6 million gallons of stormwater annually, cutting overflow by up to 25 percent — and for a fraction of the cost of proposed underground tunnels. “By improving the watershed, we’ll get cooler summer temperatures and cleaner air, instead of using more fossil fuels to treat our stormwater, which will make our air dirtier,” says Brenda Smith, executive director of the NMRWA. “We know we cannot solve the whole [Alcosan] problem with green solutions, but what if we can solve part of it?”

This article appears in the March 2016 issue of Pittsburgh Magazine.
Categories: Community Feature