The race to save Warhol’s experimental digital art from decaying floppy disks.

Remember the strange thrill of the dial-up Internet era, when images took minutes to load and would slowly be revealed pixel by pixel? It was kind of exciting, no? Now imagine if that slowly materializing photo was a lost piece of Andy Warhol art that only a handful of people had ever seen before.

This was the exact feeling of the Carnegie Mellon University Computer Club when the group recently restored digital images that Warhol had created on a Commodore Amiga computer in the 1980s. The art was stored on floppy disks and lost to history for 30 years. Until now, thanks to some tech magic.

The Carnegie Art Museum produced the documentary "Trapped" to tell this remarkable story of art, technology and history. You can watch it above. If you’re too busy for the full thing, skip to the 12-minute mark to watch the team convert the data into a viewable PNG photo file.

“I’m so excited I’m going to throw up,” says one team member. Warhol would be proud.

#Props: MSN U.K. looks up to one of Pittsburgh’s most-beloved buildings 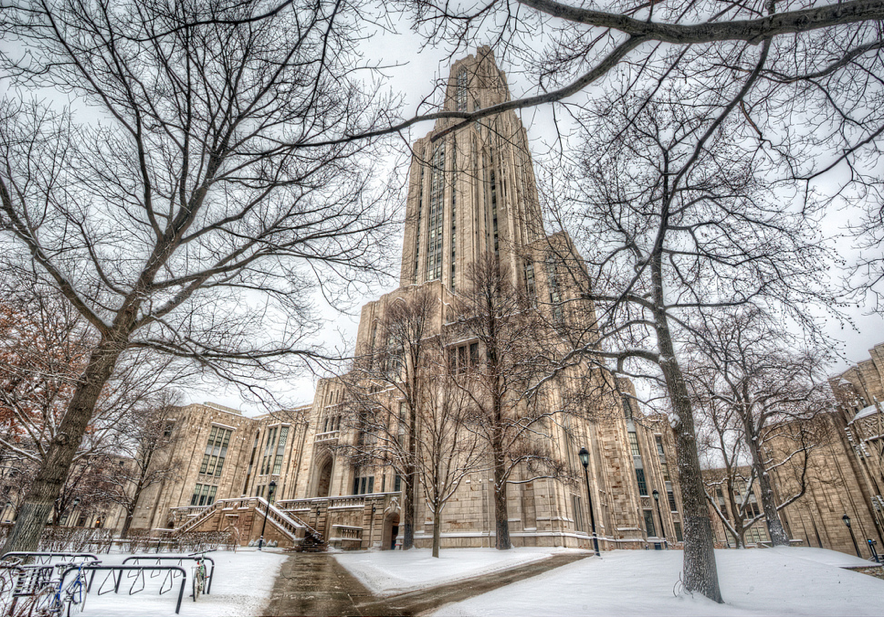 Pittsburghers aren’t the only people who look to the Cathedral of Learning with respect. MSN U.K. Travel has selected the University of Pittsburgh as “one of the grandest universities in the world,” along with Oxford University, Harvard University and the University of Florence, among others. The MSN U.K. writer mostly focuses on the cathedral in the Pitt entry, praising the building’s architecture, beauty and size.

Note to self: use the adjective “grand” more as an expression of amazement. It’s much classier than epic.