The series, created by and starring Pittsburgh native and "Man of Steel" actress Christina Wren, premiered in June at the TCL Chinese Theater in Los Angeles. 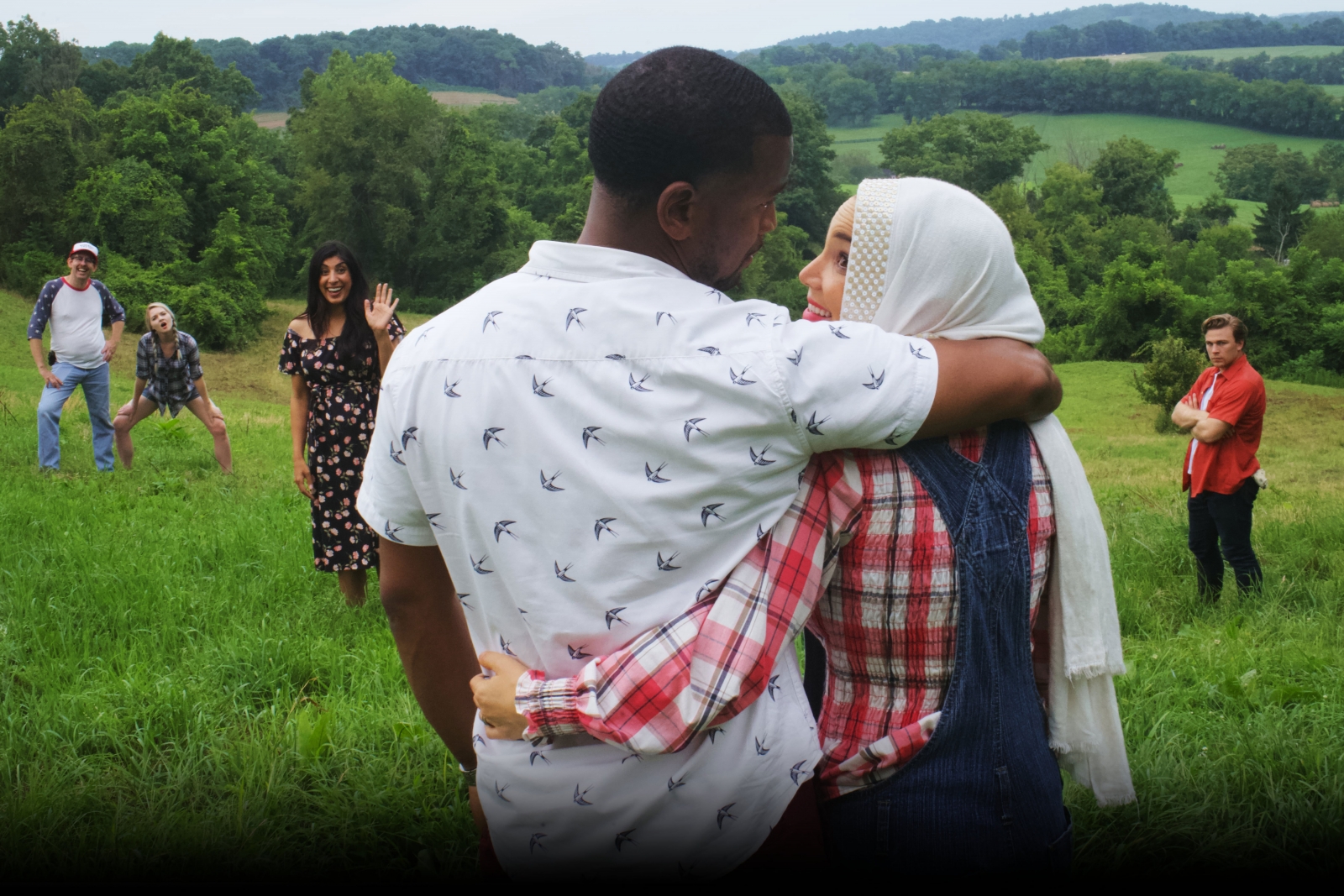 A quirky wannabe journalist and her hipster woodworker husband inherit a farm in rural America and try to create a trending animal sanctuary. It might sound like the beginning of a joke, but it isn’t — at least not exactly.

Filmed in and around the Steel City, “Hicksters” is Pittsburgh native Christina Wren’s newest comedy project. It follows the adventures of Ruby (Wren) and Alex (Jeremy Walker), a millennial couple from New York whose lives take a turn when they lose their jobs around the same time they inherit Ruby’s late grandfather’s farm. As a interracial couple — Ruby is an Arab-American, and Alex is black — they meet a slew of characters who learn, often through comedic blunders, that they have more in common with their new neighbors than they think.

Wren credits Pittsburgh’s welcoming nature for making the grassroots production work. A friend lent the production team his farm in Scenery Hill, Washington County; his neighbors graciously opened up their shops, homes and hearts to Wren and the cast and crew.

“Pittsburgh is such an integral part of how Hicksters was able to come to be,” Wren says. “A big shout out to the ’Burgh!”

Created by Two Kids and a Camera — the creative team fronted by Wren and her husband, Demetrius — the pilot dropped on June 22 at the TCL Chinese Theatre in Los Angeles as part of the Dances with Films festival. But Wren says the idea came to her a few years back, when she was moving from New York to L.A. and noticed how differently folks from separate parts of the country view each other.

“We were somewhere in the middle of the country when this woman at a rest stop was talking to the cashier about how awful New York City was … and as she seems like she’s about to wrap up, she says, ‘And the only place worse than New York is L.A.!’” Wren says. “I was laughing to myself knowing that people on the coasts have similar feelings about the middle of the country, or the South.”

Wren, who was born to a Middle-Eastern father and a mother from Iowa, grew up on Pittsburgh’s North Side, but spent time in the Midwest, New York and eventually the South, after marrying her Georgia-native husband.

“I love the South, and I love the Midwest. I love the coasts, and I love so many people in each of those places, and also in the Middle East where my dad is from,” Wren says. “I felt like I wanted to tell a story that represented my experience, which was so different from what I see on the news or what I think people who live in more insular communities experience.”

Wren hasn’t seen many characters who she felt accurately represented folks who are different from one another, yet happily live and work together as neighbors and friends.

For Wren, it was vital that Hicksters was a comedy.

“I think that laughter really opens up our hearts [to] connect and see the humanity in each other,” she says. “I’ve noticed that most people are pretty well-meaning. They don’t want to say the wrong thing. They don’t want to put their foot in their mouth. They don’t want to be the offensive someone. Everyone wants to be able to get along. It’s just funny at times when you’re not totally sure how, so I wanted to capture that humor as well.”

Wren also hopes the series can capture the often gritty experience of a generation simply trying to make it work.

Coming of age in a less secure economy, Wren says that millennials often struggle to answer the questions previous generations seemed to innately understand, from how to buy a house to what it really means to pursue the American Dream. Wren believes that’s something a lot of young professionals can relate to, and perhaps take comfort in.

“Find a way to craft the life of your dreams,” she says. “There’s no life in which, as Ruby says in the first episode, ‘the doors of opportunity will just open before you.’ But we have to take the circumstances that we’re given and try to do the best that we can with them. There are opportunities for great joy, growth and transformation in that.”

Watch the first episode of “Hicksters” below, and keep an eye on the series’ website for new episodes, released weekly.