12 Peers Theater’s “Mythburgh” series, where characters search for local legends and lore, converts from a live show to an online format. 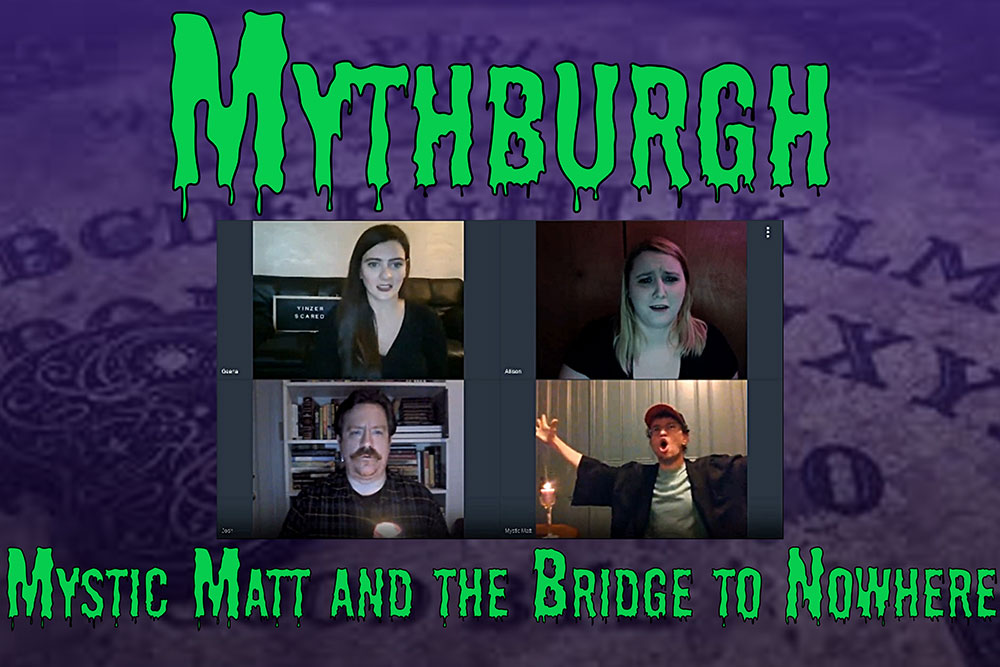 Video conferencing has become the frequent site for all types of gatherings. Family dinners. Work meetings. Catching up with friends.

Semi-fictional summits of spooky-minded characters delving at the truth behind notorious local legends.

Admittedly, that last one isn’t quite common. It is, however, the new reality for “Mythburgh,” the site-specific series from 12 Peers Theater.

“Mythburgh” takes inspiration from local myths and legends, following a cast of characters eager to exchange and explore the origins of Pittsburgh’s tall tales. Over the course of its first three seasons, the show popped up in a number of locations; its most frequent stomping ground, Lawrenceville’s brillobox, permanently closed due to the pandemic earlier this year.

By that time, the show had already migrated to a Zoom-style format. Vince Ventura, 12 Peers’ artistic director, says the format brings opportunity along with its inevitable challenges.

“‘Mythburgh’ has always been a site-specific performance, and I think the new format allows us to leverage our program’s mission as well as comment on the new frontier of digital theatre in a very meta way.” That doesn’t mean that “Mythburgh” is free from Zoom quibbles — for producers and characters alike. “The struggles our characters are facing are similar to the struggles we face as producers, and we love including subtle nods to that in the text and in performance.”

Ventura says choosing to present the “Mythburgh” cast in the tiled windows typical of video conferences kept the series closer to a live experience than a more produced video might have been able to achieve. 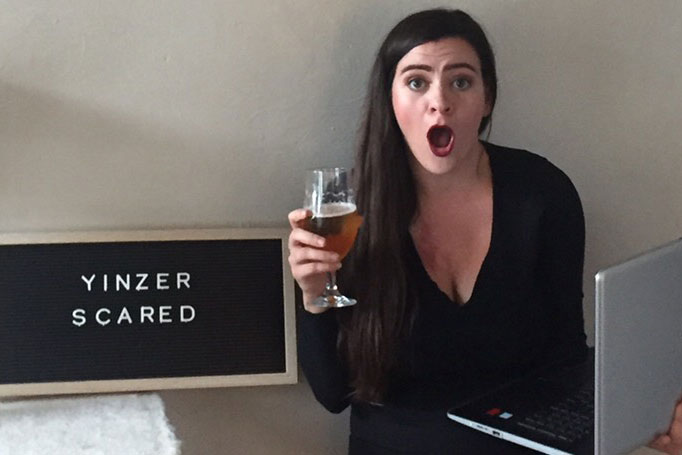 “One of the aspects of live theatre that we love most is the ability to present a full picture of the action, as opposed to film, which shows you only what the filmmaker wants you to see,” he says. “With Mythburgh, you can rewatch episodes and track certain characters who are alive and reacting the whole time, much like if you were in the room with them at a live performance.”

Three episodes of the series are available; a fourth is set to debut on Oct. 25. The series follows the fictional presentation of ghost-lore show “Yinzer Scared” as its creators deal with their own ghostly encounters. (One character may or may not be a famous Pittsburgh spirit herself.)

Each episode is written by a different local playwright, a decision Ventura says added needed perspective and variety to the series.

“As a company, our mission is to focus on myth and cultural identity, and that isn’t limited to the producer’s [or] main creative team’s cultural identity. By bringing in playwrights and directors from diverse backgrounds, specifically BIPOC artists, we have discovered more stories than we thought possible.”

All episodes of the show are available on 12 Peers’ website and YouTube channel. While the series is free to watch, donations are needed to support the company’s artists and creators as the pandemic continues.