Plus, Pittsburgh becomes the new home of the American Mustache Institute. 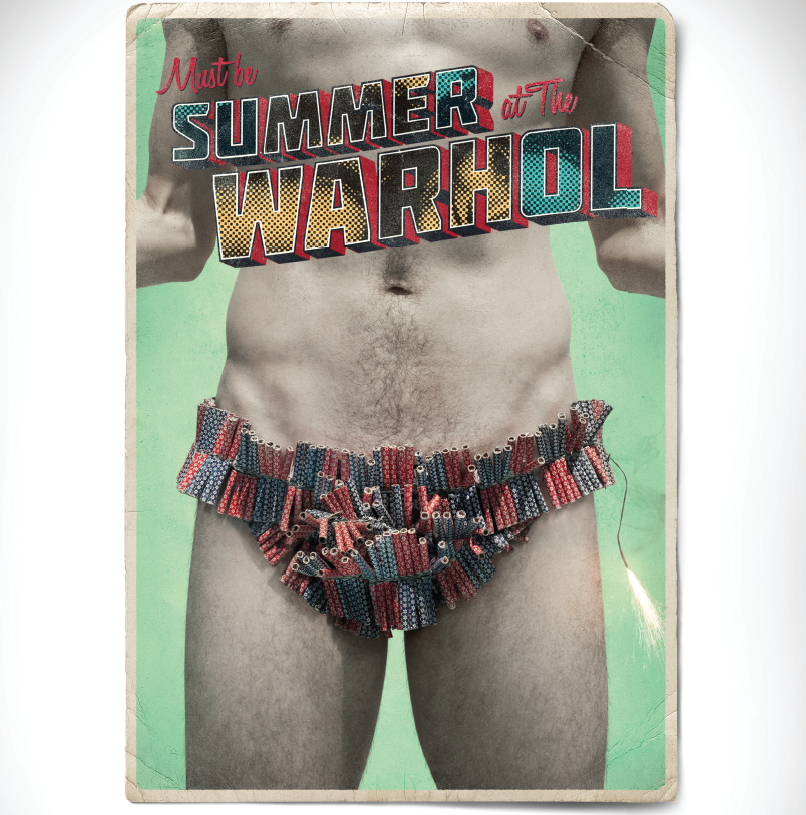 Are you wearing a firecracker bikini or are you just happy to see me? The Warhol Museum’s buzzworthy new ads, featured in the hallowed pages of this very magazine, have been raising eyebrows. Now the campaign is getting some national attention courtesy of The New York Times.

The NSFW-ish ads, developed by Pittsburgh agency Marc USA, are styled to look like bizarro-nostalgic postcards, or perhaps more appropriately, Instagrams from the Coen brothers.

A bevy of classic summer imagery is put through the black-humor filter: Beach ball gags, barbed wire sandals and the aforementioned firecracker bikini are the highlights. There’s also a very earthy hot dog that is, somehow, the most shocking of all.

Warhol director Eric Shiner says the museum has received only one phone call from a pearl-clutching complainer. Good for you, Pittsburgh. Of all the ad campaigns the Warhol has ever done, you have to believe this is the one that Andy would’ve loved the most.

What’s next? The museum is considering employing “real-life tactics” to make the campaign come to life in public spaces.

Read the full article in The New York Times.


The American Mustache Institute is a very real organization, and yesterday the group announced that it’s moving its headquarters from St. Louis to Pittsburgh.

The group is currently pushing for a $250 tax deduction for mustache-Americans to cover the cost of maintaining their glorious facial hair.

"If we look back at some of the great Steelers and Pirates teams of the 1970s, they were littered with mustache-Americans, so I think this city has always embraced our lifestyle," said group spokesperson and self-described doctor of mustachology Aaron Perlut.

Get the full scoop in the Post-Gazette.