A new report indicates the region is losing 8,000 workers a year. 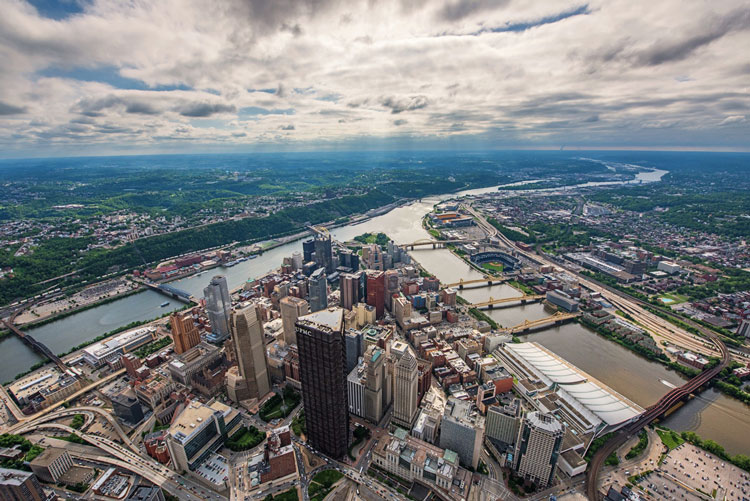 A new report indicates Pittsburgh is headed for a worker shortage. A big one.

According to a report called “Inflection Point: Supply, Demand and the Future of Work in the Pittsburgh Region,” the region will have 80,000 unfilled jobs by 2025 with college graduates and millennials unable to fill the gap.

The report was commissioned by the Allegheny Conference on Community Development to study how changes in employment and an aging workforce will impact the region's job market.

The report's math ads up this way: each year, 29,000 workers are retiring and employers are adding roughly 5,000 jobs. At the same time, about 26,000 high school graduates are entering the workforce, which means the Pittsburgh-area is losing 8,000 workers each year. By 2025, that deficit would be 80,000 workers.

“Make no bones about it, we are in a war for these workers,” Dennis Yablonsky, Allegheny Conference CEO, told the Pittsburgh Post-Gazette. “We’ve got to figure out how to connect them to opportunities, how to get the companies to bring them in and train them, and do whatever they need to do.”

Another conclusion from the report is that Pittsburgh faces a shortfall in “high-skill professions that drive the innovation economy” and requires a “coordinated, sustained and well-funded marketing effort to promote inbound migration. If employer demand for talent in critical emerging occupations is not clear and compelling, existing talent may leave the region.”

On the plus side, Pittsburgh's reputation as a hip, economical, attractive place to live continues to grow.

“The buzz about Pittsburgh is helping, and we’re seeing the results,” Yablonsky said.

The report says other cities are facing the same issue, but the problem is more acute in Pittsburgh because of the large number of workers expected to retire in the near future.