Anthrocon returns this weekend for its 22nd annual convention. Here’s the story of one local couple who took advantage of the fact their wedding coincided with the annual gathering. 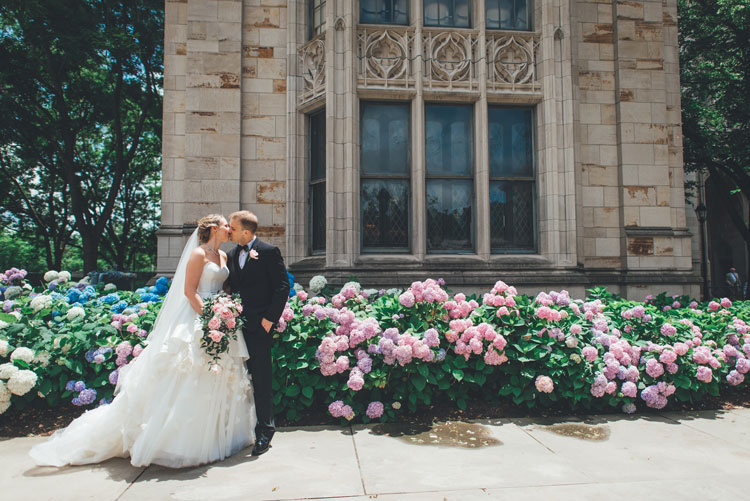 Mike Degenhart and Summer Kostelnik knew their wedding guests would have to fill a large gap of time between their ceremony and reception. When they discovered they were getting married the weekend Anthrocon was in town, they realized their guests could make the most of their time in Pittsburgh by experiencing the festivities firsthand.

Mike and Summer were married at an 11:30 a.m. ceremony at Heinz Memorial Chapel on July 1, 2017. Knowing Anthrocon was taking place and worried some guests may not know what to make of the furries, Summer let everyone know ahead of time and provided some basic etiquette about how to interact with them.

“I think some of the guests actually went to the parade,” she says. “It actually turned out to be awesome. It gave people something to break the ice with. People at cocktail hour who didn’t know each other would talk because they would talk about the furries.”

After the ceremony but before the cocktail hour began at 5 p.m. at Hotel Monaco, the bridal party kept busy with photo shoots, first on Pitt’s campus, where the couple met, then at various spots Downtown. 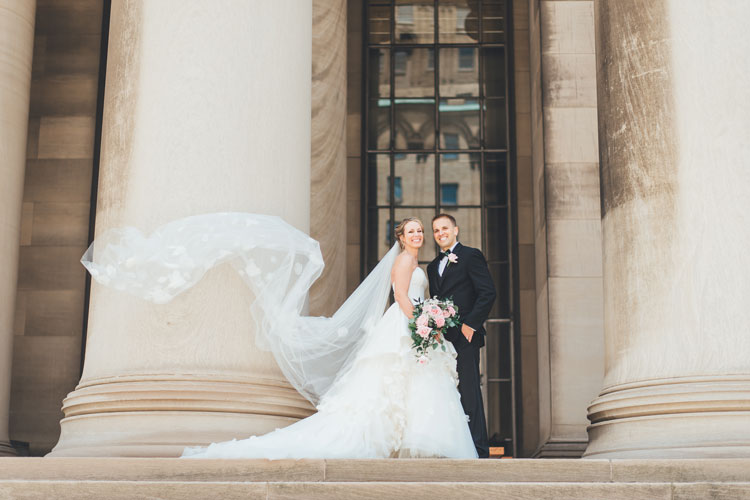 As they headed to their reception, they caught up with a furry on the street.

“We were like, OK, we have to get our picture taken with a furry,” Summer says.

It ended up being a furry that didn’t speak, so they were gesturing to Summer and Mike, but the couple never did figure out what they wanted. 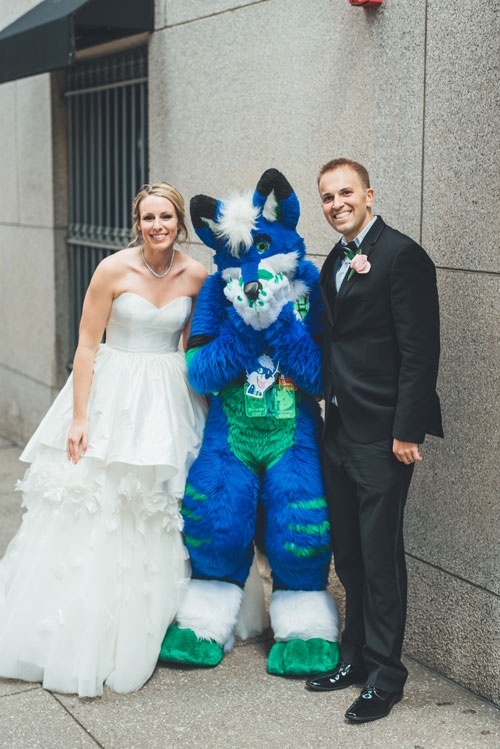 One issue they ran into was that guests had a very difficult time finding available lodging Downtown during the wedding weekend.

“I like to think that I was not bridezilla at all about anything, except when I found out the furry convention was coming, because getting a block of hotel rooms was impossible,” Summer says.

“All in all, it was a cool experience to have that going on at the same time,” she adds.