Want to Party in Pittsburgh with the Property Brothers?

In celebration of their new memoir “It Takes Two,” HGTV’s Jonathan and Drew Scott will host a show at the Byham Theater as part of a nationwide tour. Pittsburgh Magazine talks to the brothers on what the audience can expect. 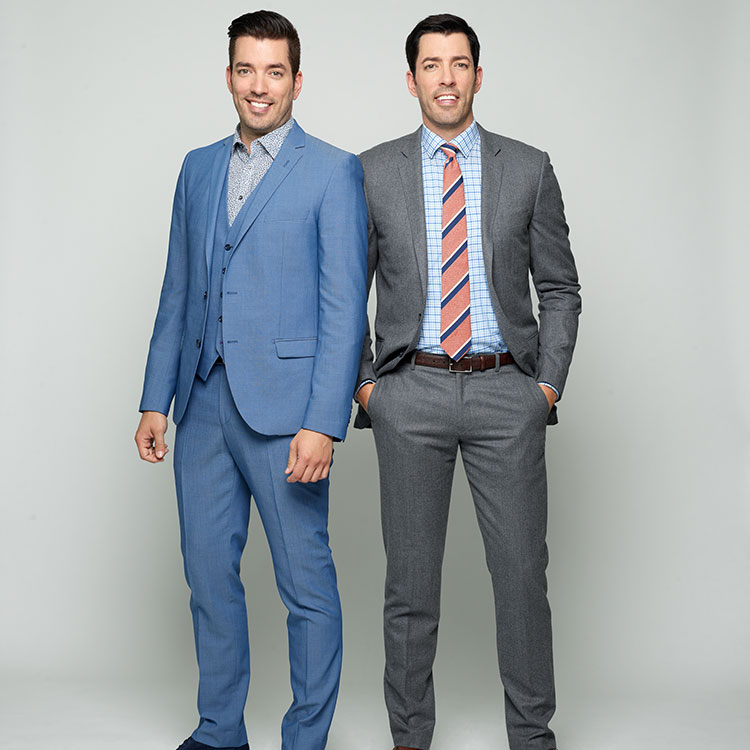 As fans of the hit HGTV show “Property Brothers” (and its many spinoffs) already know, twins Jonathan and Drew Scott are always up for good-naturedly clowning on each other as they buy, sell and renovate their clients’ dream homes.

Regularly featured is the argument over who’s better — at anything. On their shows, Jonathan is known for doing the construction and design work while Drew, a licensed broker, handles the real estate matters. He also takes a lot of ribbing from his brother — and vice versa.

“I don’t claim to be the best when you know you are the best,” Drew interjects.

If their phone conversation with PM is any indication, that same sort to affable banter will be on display Thursday, Sept. 7 when the brothers take the stage at the Byham Theater as part of The Scott Brothers’ House Party, a nationwide tour in celebration of their new memoir, “It Takes Two: Our Story” (on sale Sept. 5). 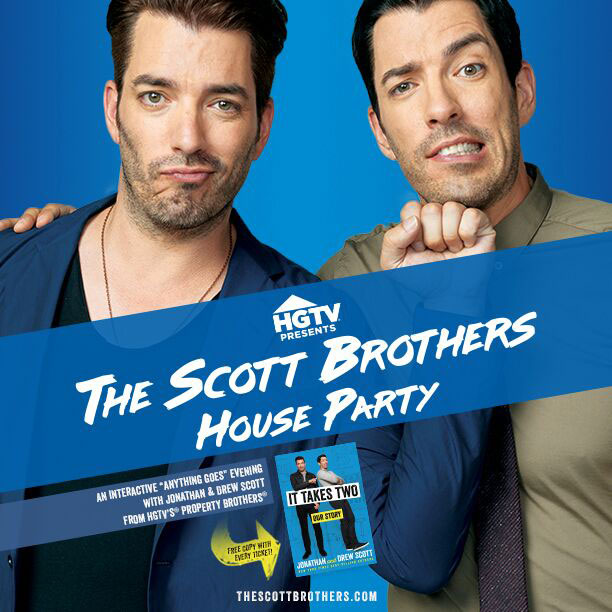 The brothers promise the show will consist of what fans have come to know them best for over eight seasons on HGTV, renovating houses and having a good time.

“House Party will have us singing some of our songs. Jonathan is going to be doing some magic,” Drew says. “It’s going to have us doing digital makeovers on some audience members’ houses. It has everything people could ask for.”

The brothers, who released the New York Times bestseller “Dream Home” last spring, say the new book — written during their downtime in between filming across North America — delves deeper into their personal lives, including their childhood growing up in Canada.

“It was a nice experience for us, too, because a lot of these memories we hadn’t thought about in years,” Jonathan says of writing the memoir. “You get everything. There were a lot of tough times that we went through. So we talk about my divorce, we talk about my bankruptcy. We talk about all of the things that happened to us when we were younger. I think it really gives people a great insight as to why we are the men we are today.” 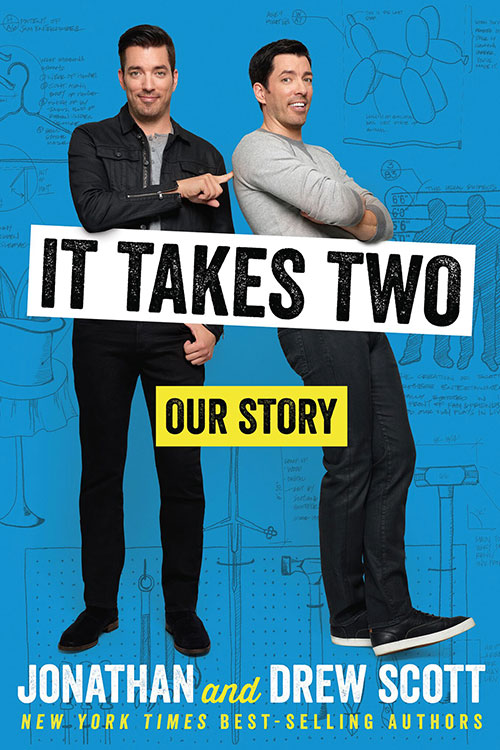 Between tour dates, the brothers continue to work, and film, together. The Scotts currently are shooting season three of “Property Brothers at Home” in Los Angeles.

Called “Drew’s Honeymoon House,” this season focuses on Drew and his fiancée Linda Phan’s quest to renovate their new home before their wedding. Although they have yet to set a date for their nuptials, Drew says his mission is to get married before he turns 40 next April.

While the couple handles the home’s design (Phan has an architectural design background), Jonathan — who claims he added a guest suite for himself in the home — will lead the construction. The six-episode series premieres Nov. 28 on HGTV.

“We’re stoked,” Drew says. “This place is a historic home, so we’re actually doing a restoration of the place and then adding some more modern functionality. It’s going to be a gorgeous place when we’re done.”

Local fans will gain more insight into the brothers’ lives at next week’s show. House Party also will feature plenty of audience participation as Jonathan and Drew break down their dos and don’ts, share the wisdom they’ve gleaned as entrepreneurs and reveal some of the funny moments that don’t make it onto television.

There also will be door prizes, impromptu design consults and behind-the-scenes bloopers.

“Anyone who is attending will have the opportunity to submit the worst room in their house ahead of time,” Jonathan says. “We select people from the audience and we’ll bring them up and we’ll do a digital makeover.”