Want to Earn a Living Wage? Pittsburgh is the Right City

Pittsburgh ranks high on a new survey of cities with jobs that can finance smaller families. 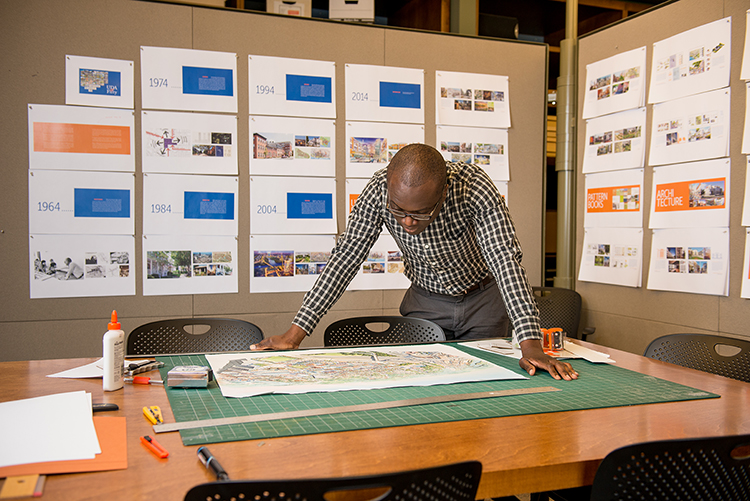 A few months ago, we heard that Pittsburgh is projected to add 18,000 jobs this year, with most expected to be low-paying or high-paying. According to a new report, however, the city might be trending upward in occupations that cover the in-between.

In a recent study from CareerBuilder, Pittsburgh ranks ninth among a group of 28 cities that, in the last five years, have had 50 percent of their new jobs in occupations that can finance smaller families.

Referred to as “living-wage jobs,” these professions provide financial support for two parents and one child. Jobs that fulfill an area’s living wage ($15.59 in Pittsburgh) are common in fields such as engineering, postsecondary education and architecture.

Pittsburgh has seen the most growth in oil and gas professions, as well as insurance sales agents.

"We wanted to measure growth that is a measure of quality employment, where the new jobs can support a family," CareerBuilder.com Senior Career Adviser Ryan Hunt tells the Pittsburgh Business Times.

Hunt says a lot of those positions are in STEM (science, technology, engineering and mathematics) that require technical training beyond high school.

PHOTO BY MELODY JOY KRAMER VIA FLICKR AND PM

When Uber decided to develop what essentially amounts to a driverless taxi, it came to Pittsburgh looking for the brains to build it.

Uber had plenty of cash and simply needed to hire researchers and scientists to get the job done. One of its first stops was Carnegie Mellon University.

CMU and Uber announced in February they would work together in a “strategic partnership” to develop the needed technology.

But according to the Wall Street Journal, that partnership has been "more combative than collaborative."

The paper reports Uber “poached” six principal investigators and 34 engineers from CMU, leaving one of the world’s top robotics research institutions in crisis.

In a statement on Monday, CMU suggested all is well.

“NREC [National Robotics Engineering Center] remains one of the premier robotics facilities in the nation, with a bright future,” the university says. “As CMU continues its strong growth in its areas of leadership, we anticipate and embrace movement by researchers between academia and industry, and we look forward to a strong continued relationship with Uber and other industry partners.”

We wonder if one group in this partnership saw this movie while the other was at the popcorn stand.

#NowArriving: Uber at the Airport

Uber has won the right to not only drop off, but also now pick up travelers at Pittsburgh International Airport.

The Allegheny County Airport Authority announced Tuesday a new policy that allows ride-sharing companies to operate on airport property and the Pittsburgh Post-Gazette reports Uber was the first to obtain a permit.

"This policy is among the first of its kind in the country," Allegheny County Executive Rich Fitzgerald said at a news conference. "Today Pittsburgh International joins airports including San Francisco, Denver, Nashville, Boston, Indianapolis and John Wayne Airport … in permitting the popular ride-sharing companies to access more facilities."

Previously, Uber drivers were only allowed to drop off customers at the airport.