Summertime in Pittsburgh can be rough. Consider adding an oasis to your backyard. 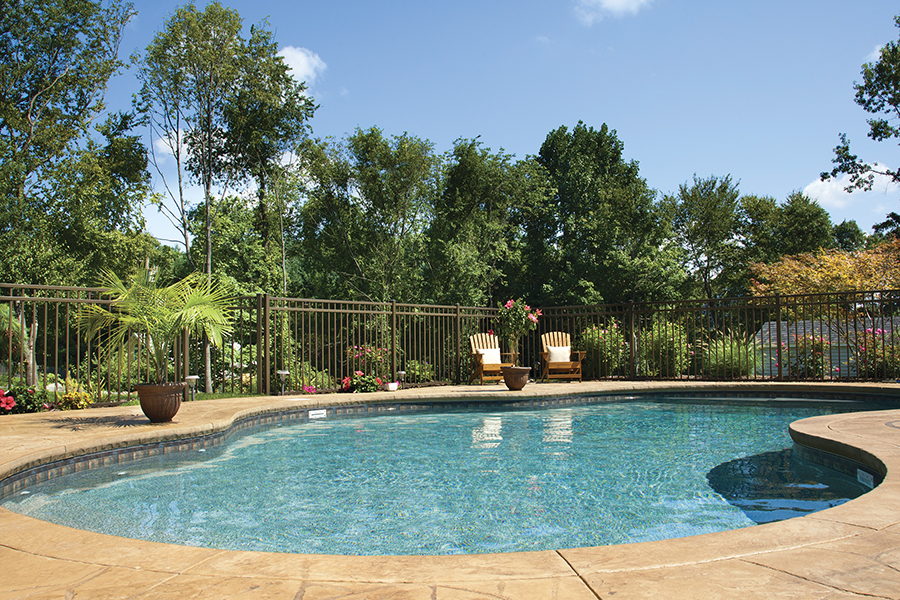 Incorporating water features into your living space serves many purposes. There’s the relaxation factor — the sound of water is calming and peaceful. There’s the fun factor — who wouldn’t enjoy a pool with a built-in basketball hoop or volleyball net and a cabana bar just a few feet away?

“A water feature is one of the elements I like to use to tie together all of my designs,” says Kevin Soergel, a certified aquascape contractor and owner of Soergel Landscapes, Aquascapes. “They’re all different designs, depending on topography, the style of their house and the likes and dislikes of the customer. Every one is a completely different work of art.”

Adding a water feature to your home is great for another reason, he says — you can enjoy it year after year.

Just Add Water
So you want that feel of a wooded oasis, but you live on property that doesn’t provide it naturally? No worries — one can be built. 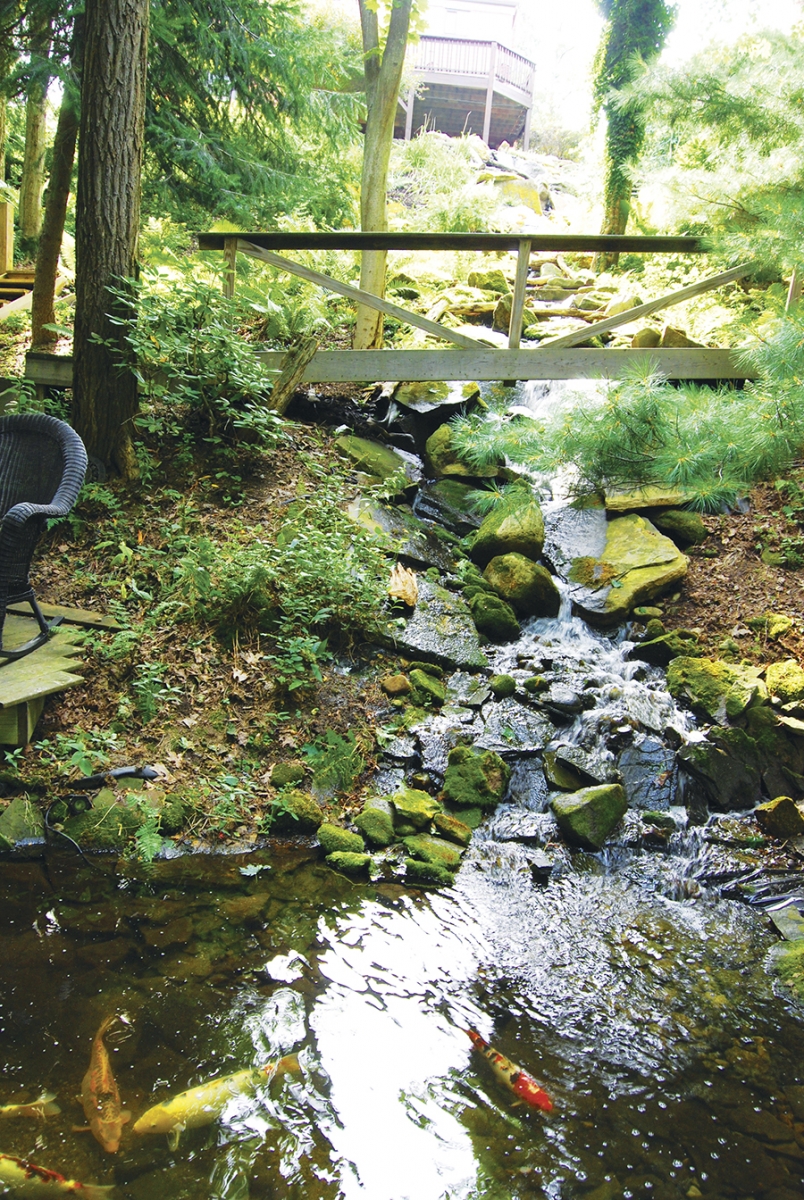 When a client wants a stream in his or her backyard, Soergel says he creates it 99 percent of the time. A waterfall at one end splashes the water down a carved-out path, and piping recirculates the water flow. A pond — potentially outfitted with rocks, fish or lights — may sit at the lower end.

“One thing I’ve found . . . nothing brings so much instant gratification as a waterfall and stream,” Soergel says. “You plug it in, and all of a sudden there’s something there where there was nothing.”

It’s also eco-friendly, he notes. Some clients want a rainwater basin, which supports the waterfall during the hot and dry months.

“In other cases, I will store so much water that they can use it to irrigate the yard as well as support the water feature,” he says. “It’s sustainable landscape practice.”

Best for: Anyone, says Soergel. The scope depends on yard size and budget.

“We can build them hundreds of feet long, or 7 or 8 or 9 or 10 feet long,” Soergel says, noting a small stream would look silly next to a huge home while a long stream in a small yard can overpower. “Some of the customers I’ve built these for are building in single-level condos, and I’m able to build something that fits into a 10-by-20-foot courtyard.”

Ponds and Patios
Having a pond close to a deck is low-maintenance and aesthetically pleasing — often, it can be seen easily from the house. Soergel says he likes to add fish to all of his creations because they add to the atmosphere.

“The fish can be pets, really. They can be named; they can even be petted,” he says.

“Kids really love interacting with the fish. Parents like it. It’s therapeutic, it’s calming, it’s soothing. You can just sit down and watch the fish, and your stress melts away.”

Best for: Anyone, according to Soergel. “Everybody wants a pond — they just don’t know it,” he says. “Once they’ve gone over to one of their friend’s houses and sat by a pond, they realize they want one.”

Fun in the Sun
“People are spending more money on their backyard,” says Tony Policastro, president of the 40-year-old family-run Policastro Construction. “We like people to walk back there and be really impressed. We don’t want it to look like something everyone else has.”

People are getting more creative by adding extra features in and around the pool, Policastro says.

“We did one last year where they did a palm tree beach along the pool,” he says. “We had four palm trees set with sand a small area away from the swimming pool.”

The trees cannot tolerate winter cold, so they must be replaced each year. Still, including them was all about customer preference, Policastro says.

“Everybody has their own thoughts on what they’d like to do,” he says. “That one was pretty awesome. When the trees came in and we got it all together, it was something to see.”

Best for: A younger couple that enjoys receiving guests, Policastro says. The couple that owned this home had young children and lived in a residential development, so they often hosted neighborhood functions. 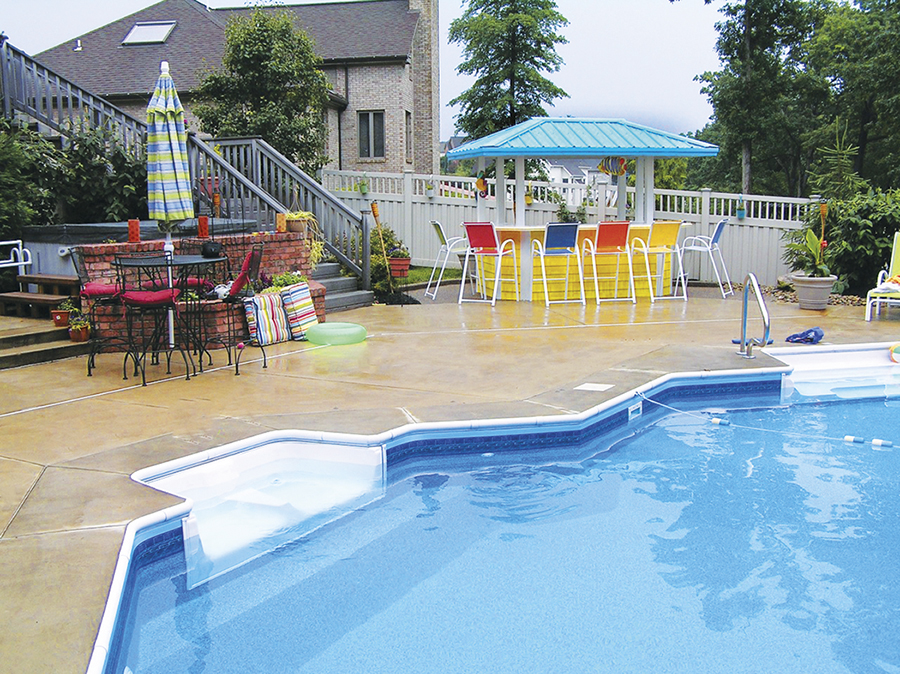 Pool Party
Pools can be equipped with seating and volleyball or basketball nets, which add to the quality of time spent in the water, Policastro says.

To accommodate clients who want to play water sports, Policastro says he designs pools with larger flat areas rather than gradual slopes.

“If you’re playing games in there [and] you’re the one [who’s] stuck on a ramp, you’re sliding the whole time,” he says.

He says seats can come with water jets resembling those typically found in a spa. Large steps at the pool’s entrance can serve as additional seating, which is especially useful during parties.

“I always try to get people to put seat panels in,” he says. “People who have never had a pool say they want a pool because they want to swim, but the reality is you don’t swim that much. The kids do, but the older people, they like to be in the water — they want to sit.”

Bells & Whistles
People looking for new ways to relax at home may choose spas with a few perks.

Randy Beals, owner of Paradise Pools and Spas, says the spa business has perked up in the last few years.

“It’s a family thing, not just like a motorcycle or ATV where just the husband has it,” he says. “You’re buying it therapeutically.”

Spas themselves haven’t changed all that much in the 30 years he’s been selling and installing them, but Beals says they now include such features as built-in TVs or stereos and laminar jets that shoot water like a fountain. The jets can be backlit with LED lights, providing a color show in your own backyard.

Best for: First-time spa owners often want all the extras, Beals says. Some want to use their spa not only to relax but also to be entertained. 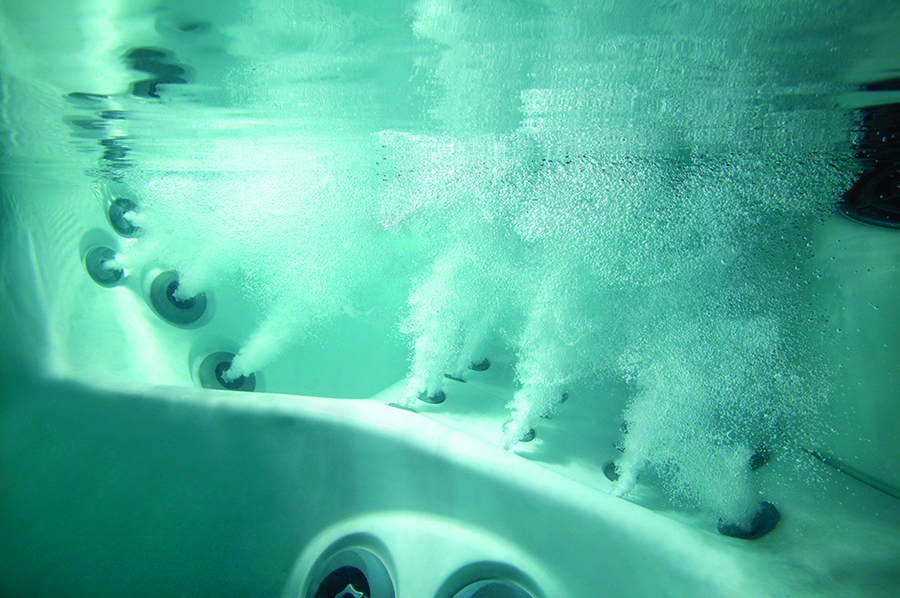 Stress-Free
Mike Papik, general manager of Alpine Pools’ location in Cranberry Township, says high-energy-efficient units and hydrotherapeutic massage features are among the most sought-after features in the spa industry today.

More jets in a hydro-therapeutic massage spa, however, means more energy is used to operate one.

“People are going middle of the road,” he says, and “30, 40, 50 jets for most units are the average” instead of the six or seven that older hot tubs typically included — or the 100 that the most elaborate modern spas feature.

Many units now include full-foam insulation to help with energy conservation, Papik notes. Hydrotherapeutic spas often have more than one style of jet, too, he says.

“It’s about the motion of the water,” he says. “How are we putting it on your back and on your legs? Is it twisting? Is it pulsating? Is it a Jetstream?”

Best for: “Hydrotherapeutic is [for] the person who is really the down-home devoted spa person,” Papik says. “They want to come home after a long day’s work, and they want to sit and relax and totally massage the back, the feet, the neck, the shoulder.”

Those clients also want direct-flow pumps, which permit each person to set the pace for the station in which he or she is sitting in the spa.

“That’s getting real, real popular,” Papik says. “Each person can . . . use a direct-flow force and use that pump for what they want for their jets.”