Want to Be The Fan's Next Sports Talk Host?

93.7 The Fan is holding an open contest for a hosting gig on the station's weekend program. 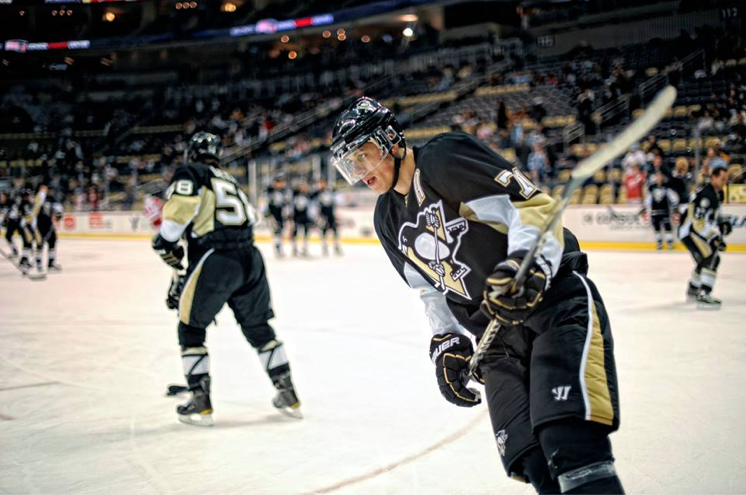 Put all that sports knowledge to good use
You know your sports. You follow all the teams, know the players by name and can refute a ref’s call in one second flat. What are you doing with all that knowledge? Sitting at the bar with an Iron City in hand, arguing with a displaced Cincinnati fan that Roethlisberger is the best quarterback of all time?

May we suggest sharing those tidbits of knowledge on air? No, really: KDKA-FM is hosting open auditions for the opportunity to become a weekend program host on Sports Radio 93.7 The Fan. Impress the station crew with your rants for a chance to move on to the finals, which includes a live broadcast with Andrew Fillipponi. Visit The Fan website for details and official rules.

(Next rounds of auditions on June 6 in Oakland and June 10 in Harmarville; info available at 937thefan.com)
—Krystal Hare, PM Fact-Checker

Forgot your wallet? You can still rock out
In last week’s edition of After Dark, we ran down 20 classic flicks coming to Pittsburgh screens this summer. At the risk of getting repetitive, we love summer, fun stuff and the number 20. So this week, we’ll turn our attention to music and preview 20 Can’t-Miss Concerts coming to town in the next few months. The catch? Everything we’re going to preview is free. From Hartwood Acres to Point State Park, get our picks for music that won’t hit you in the wallet in this week’s edition of After Dark!

Dance (and eat) to benefit the Kelly-Strayhorn Theater
Odds are good that you’ve walked by a prom posse at some point in these last few weeks. You know the sight — 10 to 20 teens, all dolled up en route to an awkward night of dancing and rented limos. If that encounter inspired a hint of jealousy in you, fear not: We grown-ups actually have better dance parties.

In Theaters: Imagine a planet where the only humans were the Fresh Prince and his offspring. Such is the reality of After Earth, starring Will Smith and his son Jaden, in theaters this weekend. The more entrancing pick this weekend is Now You See Me, about a pack of bank-robbing magicians led by Jesse Eisenberg, Woody Harrelson and Mark Ruffalo. Elsewhere, Best Foreign Language Film nominee Kon-Tiki arrives at the Manor Theater, and low-budget creature feature Axe Giant: The Wrath of Paul Bunyan hits the Hollywood. PM Film Editor Sean Collier will appear on the 102.5 WDVE-FM Morning Show Friday at 7:15 a.m. to review Now You See Me; tune in to 102.5-FM or DVE.com to hear Sean’s review!

For a more literal repeat visit to the prom, dig out your retro outfits or old gowns and step aboard the Gateway Clipper this Saturday at 8 p.m. for Second Chance Prom with Star 100.7 FM. Visit the site for more information. —K.H.