Visit Pac-Man, Donkey Kong and Other Old-School Friends in the Strip

The Pittsburgh Retro Gaming Convention should offer nostalgic fun for anyone who has ever held a controller. 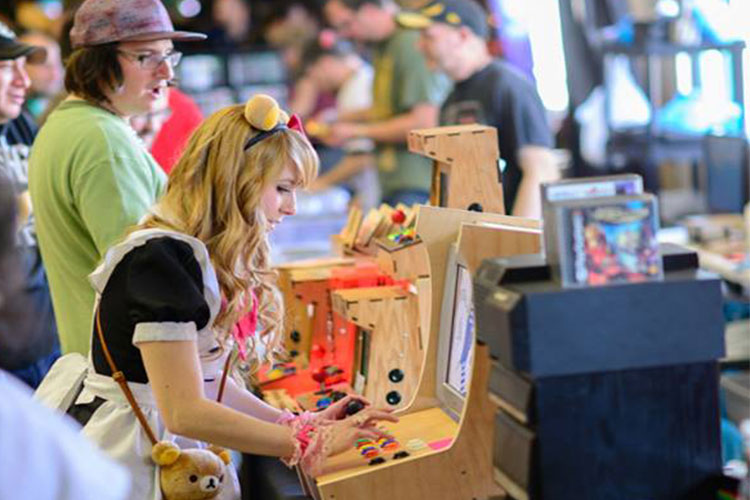 The digital experiences you imagine when you hear the phrase “retro gaming” depend largely on your age. I think of clutching a hard, grey controller and trying to keep Link alive through another dungeon, or contemplating how I could fit the 40-plus hours of gameplay necessary to beat a Super Nintendo “Final Fantasy” title into a long weekend. An avid gamer 20 years my junior, however, may regard anything that predates the Xbox One as “retro.”

Fortunately, those who have been playing video (and tabletop) games for decades and those who haven’t even reached a decade of existence should be similarly dazzled at the Pittsburgh Retro Gaming Convention, set for this Saturday at Xtaza Nightclub in the Strip District. (Don’t let the venue fool you; this is distinctly an all-ages event, and children under 10 are admitted free). An array of free-to-play games, vendors offering all manner of accessories and toys and more are meant to recall the feeling that games gave you as a child — no matter how recently that was.

“[Even if] you’re not really into the retro-game community, I think that walking in and seeing everything that’s there, you’re going to be overwhelmed with waves of nostalgia,” says Matt Jurcic, one of the event’s promoters.

“One of the big focuses for us is to return to the nostalgic, family-friendly, living room experience we had as kids,” adds James Deighan, the convention’s co-promoter and owner of retro game design company 8 Bit Evolution. “I think there’s a heavy emphasis on engagement and community.”

8 Bit Evolution creates new games for classic systems — new, physical game cartridges you can take home and play on your decades-old Nintendo or Sega Genesis. On Saturday, they’ll be selling an original creation, “Germ Squashers,” developed in collaboration with Children’s Hospital of Pittsburgh of UPMC. One or two players will battle microscopic malefactors through 10 stages to reach the ultimate reward: a “Super Flu Shot.”

Sales of “Germ Squashers” — and all other proceeds from the convention, including those from a massive raffle of gaming swag — benefit Children’s Hospital. “It’s kind of our way of giving back to them for the care that was given to us as kids,” Jurcic says.

So what can the game-convention newcomer expect? A variety of games to try, from forgotten classics to seldom-seen rarities. Previews of upcoming titles (Deighan confirmed that a representative from at least one major game console company will be showing off as-yet unreleased games). An elaborate cosplay contest, where costumed attendees compete for imitative glory. Panel discussions on games and gaming. Live game tournaments.

And, most of all, a few hours to reconnect with bygone recreation.

“You don’t have to attend as a retro game enthusiast, but you’ll probably leave as one,” Deighan says.

The convention runs from 10 a.m. to 3 p.m. Tickets are $15 and available here; kick in an extra $5 and you can get in the door a half-hour early. While guests can still sign up for game tournaments and the cosplay contest at the event, Jurcic and Deighan highly recommend signing up in advance at the Pittsburgh Retro Gaming Convention website.