When the pandemic put a stop to their plans for a big, in-person event, this couple got creative by livestreaming their wedding. 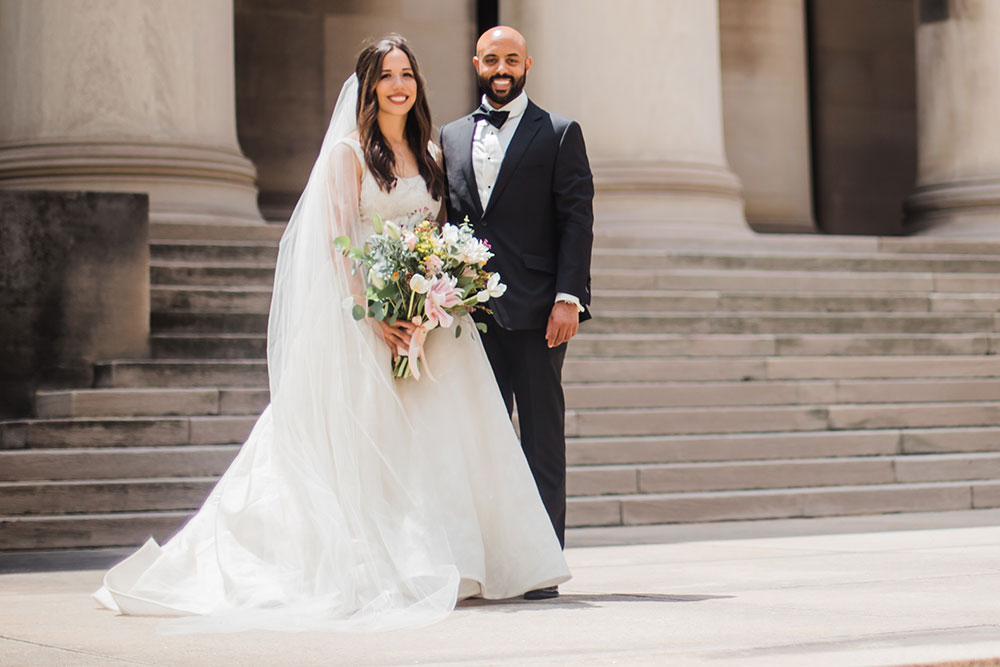 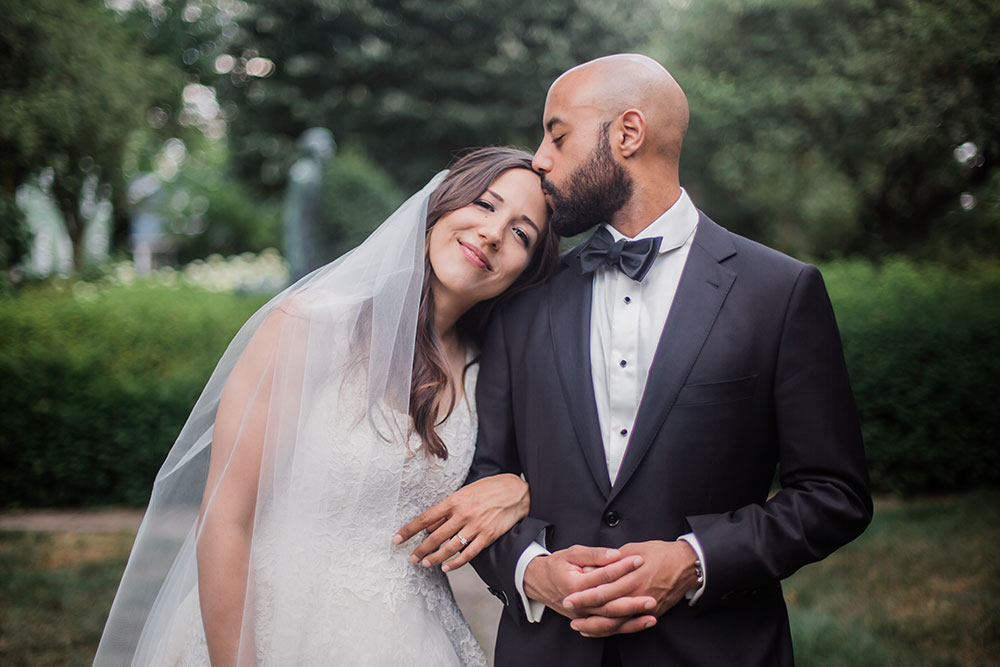 When Mekael Met Katie
When Katie Calano and Mekael Teshome connected online nearly three years ago, he noted he had a sunny disposition, something Katie found to be true when they agreed to meet for their first real date at Coffee Tree Roasters in Shadyside.

“His mom calls him ‘Sunshine’ for a reason,” Katie jokes.

The two, who share a love of adventure and travel, hit it off immediately.

“I just felt it was really easy to talk to him,” Katie says. 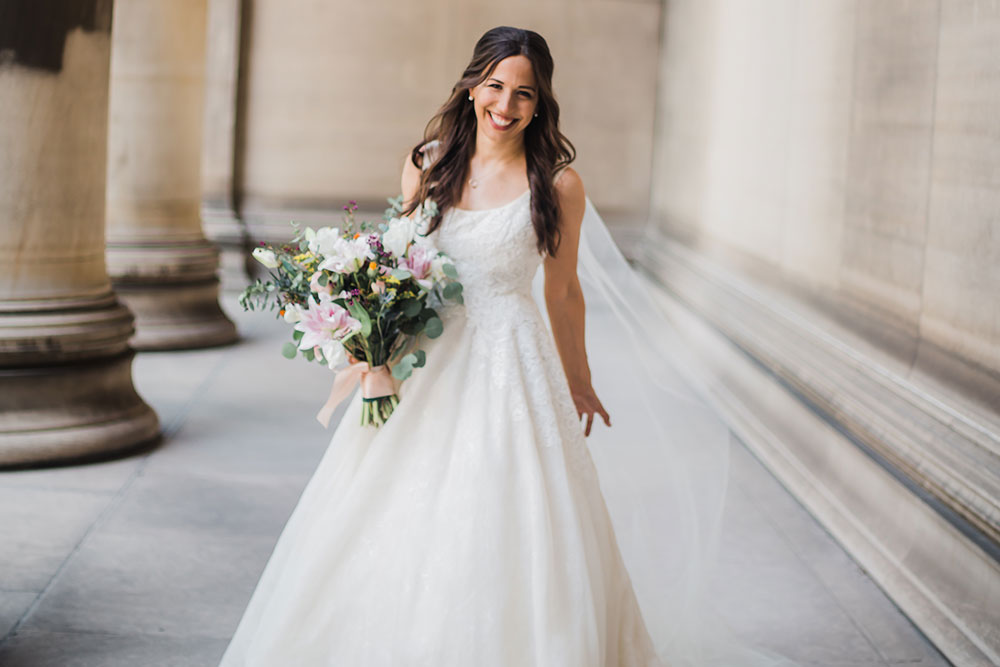 She Said Yes
For the proposal, Mekael, 35, circled back to the site of their first date. Knowing Katie, 33, was running errands nearby, he suggested they meet up for a drink at Coffee Tree Roasters.

“My objective was to make her not suspect it, and also tie it to a place that was meaningful to us,” he says.

Once at the cafe, Katie intended to order herself a tea. Instead, Mekael surprised her by getting down on one knee.

The proposal, which was met by cheers from Coffee Tree patrons, was captured on video by friends of the couple. 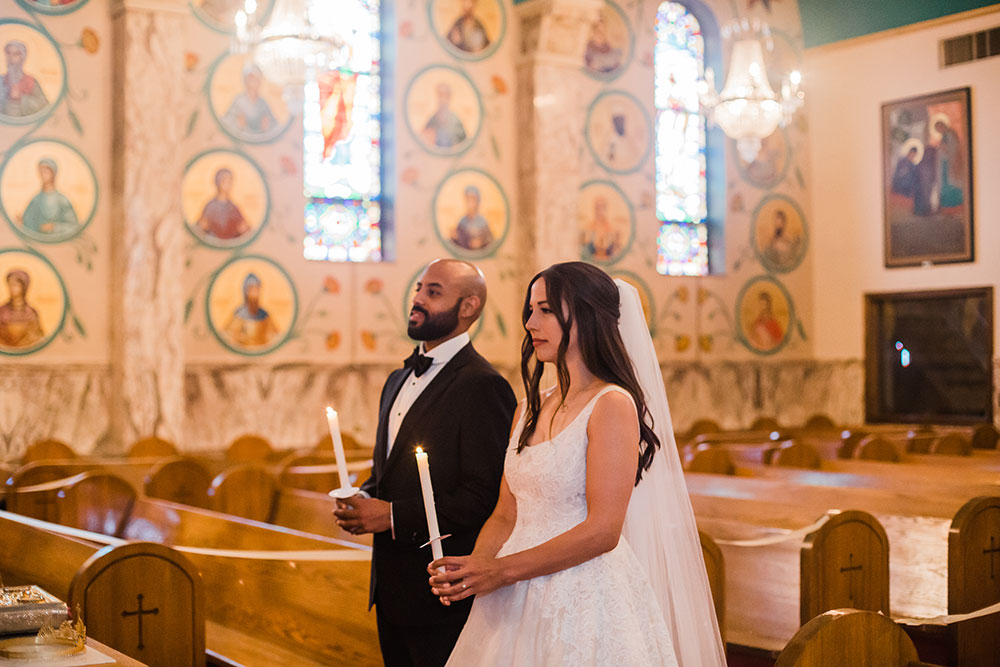 The Big Day
With many friends and a big family on each side — including Mekael’s parents and relatives in Ethiopia, where he grew up — the couple planned to invite more than 300 people to their Fourth of July ceremony, with the grand finale watching the fireworks over Pittsburgh’s skyline.

“We wanted to have a big dance party,” Katie says.

The pandemic, however, necessitated another plan. Once they realized they wouldn’t be able to host the in-person wedding of their dreams — but not wanting to delay the nuptials — the couple decided to have a videographer livestream the event instead.

Although Katie’s mom helped her into her dress, and her dad walked her to the front door of St. George Antiochian Orthodox Cathedral in Oakland (Mekael’s church), the ceremony was attended only by the couple and the priest.

The marriage also was blessed over the phone by Mekael’s priest in Ethiopia, and the couple stopped by St. Stephen’s Anglican Church in Sewickley for an outdoor blessing by Katie’s priest. Hopping in a BMW convertible rented for the day, the couple zipped around the city visiting Katie’s family, making sure to stop at Coffee Tree Roasters. To their delight, the couple’s loved ones shared photos and videos of themselves watching the wedding throughout the day.

“We’re very grateful for the amount of love people gave us,” Mekael says. 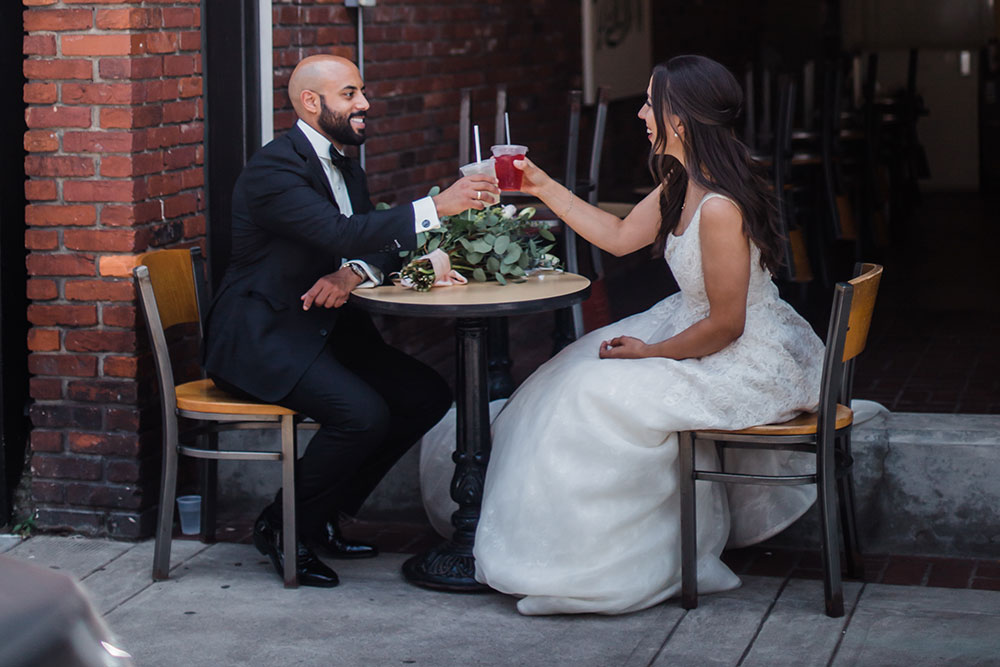 Happily Ever After
Although they spent time after the wedding at an Airbnb in Asheville, N.C., the couple hopes to travel to France this summer for their real honeymoon. They’re also planning a big Independence Day bash to celebrate.

Katie, a teacher, and Mekael, a vice president and senior regional officer at The Federal Reserve Bank of Cleveland, Pittsburgh branch, reside in Sewickley. 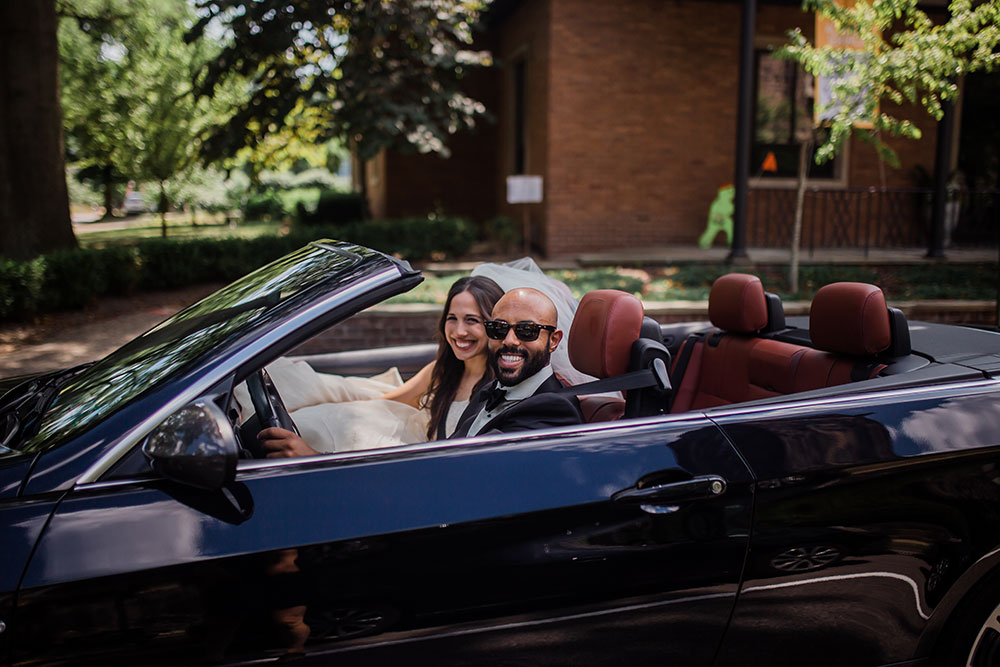 The Color Code: How to Incorporate Fun Hues into Your Wedding

This Wedding Season, Color Is in Bloom for Your Flowers in Pittsburgh