Virtual Andrew Carnegie Makes for Memorable Visit to the Museum

The Andy Carnegie Bot serves as a guide to the museums’ Summer Adventure program. 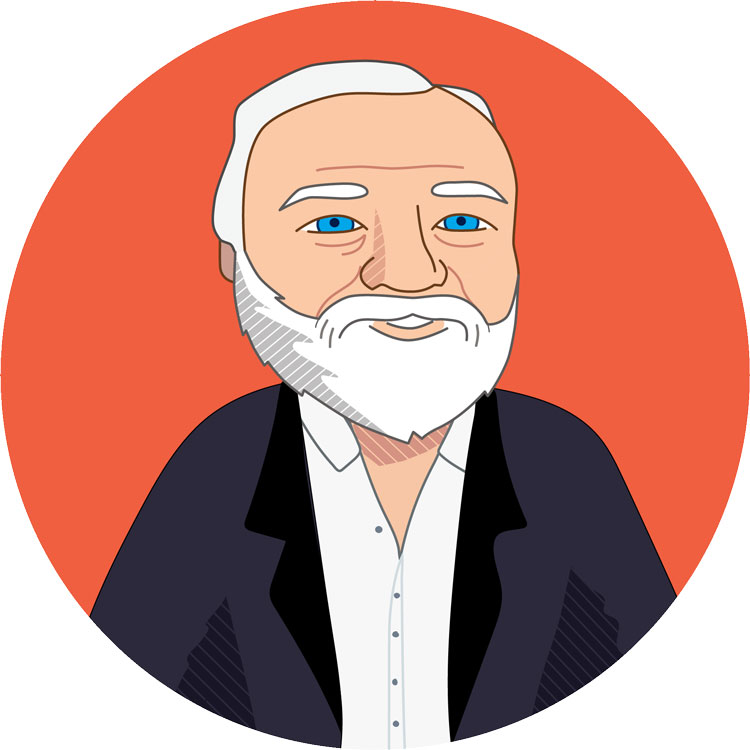 Andrew Carnegie founded the first of the Carnegie Museums in the mid-1890s. Now, more than a century later, you can explore them while chatting with Carnegie himself.

Andy CarnegieBot, a technological guide to the Carnegie Museums’ Summer Adventure program, launched this summer. Developed by the Carnegie Museums’ Innovation Studio using a grant from the Knight Foundation, the chatbot is linked to Facebook Messenger and provides simulated conversation. It features the smiling, white-bearded industrialist pleasantly conducting a scavenger hunt on-site at the Carnegie Museum of Natural History as well as providing entertaining trivia both for guests and those at home.

“We want to use technology to create compelling, fun interactions with our museums — whether or not a user is visiting,” said Ed Motznik, vice president of technology for Carnegie Museums of Pittsburgh. “Andy CarnegieBot is an extension of us — of the four Carnegie Museums — and part of an ongoing effort to create more two-way communications through technology. In this case, we’re applying artificially intelligent chatbot technology.”

The Bot also allows museumgoers on-site to earn “stamps” for visiting and attending events. This can be done by using Facebook Messenger to scan a code on museum signage at the Carnegie Museum of Art, Carnegie Science Center, Carnegie Museum of Natural History or The Andy Warhol Museum. 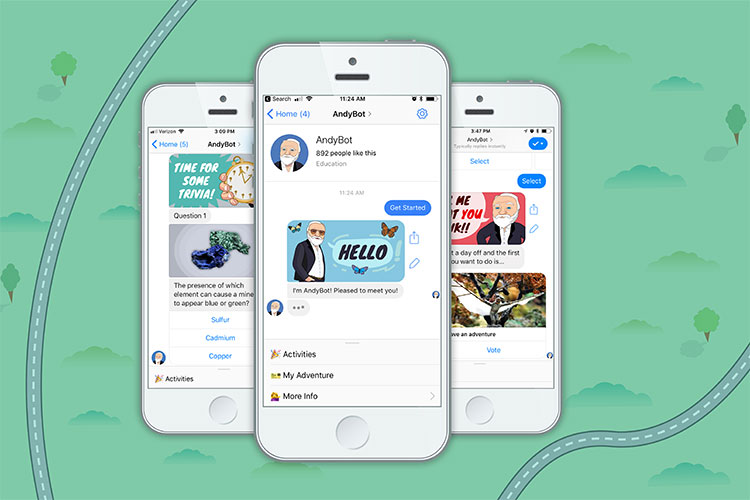 All users can redeem their virtual stamps at the gift shop, and Carnegie Museum members specifically can use their stamps to boost their chances of winning a grand prize at the Summer Adventure program’s End-of-Summer trivia night on Aug. 25.

Users everywhere can also access trivia, polls and information about museum events at any time through Andy CarnegieBot. Trivia sets include questions about exhibits like the Carnegie Science Center’s Miniature Railroad and Village while polls ask users to vote on topics such as what they would ask artist Kerry James Marshall about his painting Untitled (Gallery).

Besides acting as a wealth of information, Andy CarnegieBot is also a shapeshifter; according to the Pittsburgh Post-Gazette, his appearance in Facebook Messenger changes when a user scans a certain museum code. For instance, the Andrew Carnegie at the Science Center is robotized while the one at the Warhol Museum dons an Andy Warhol-esque wig and carries a can of soup.