Even in the heart of the city, it’s possible to create a perfect outdoor space — and what better place than a rooftop garden? 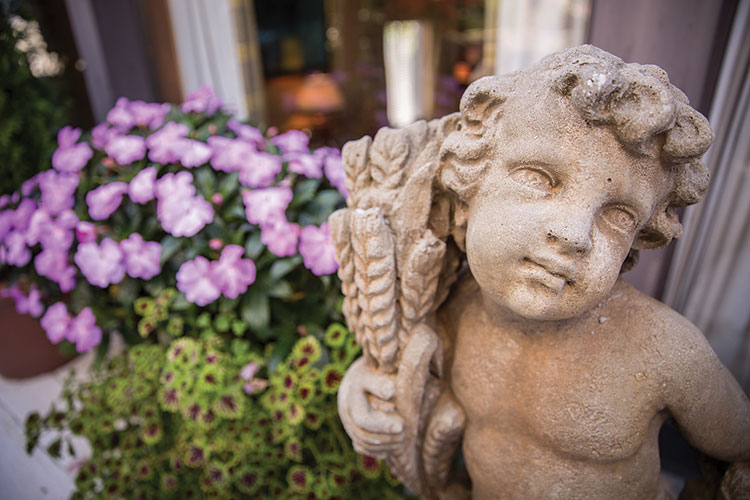 Coleus, verbena and hydrangeas are a few of the many plants that decorate the rooftop | photos by John Altdorfer

Nachum Golan and Steve Hough extended their penthouse space in their apartment building in Shadyside to create their rooftop oasis, while Jon Withrow’s addition to his home on the North Side has provided the ideal space for a rooftop deck.

Withrow’s patio overlooks a courtyard complete with a bubbling fish pond and neighboring structures in the Mexican War Streets. Golan and Hough have created a refuge — the noise of the street is almost nonexistent, and the only hint of the surrounding city is a church steeple or two rising a few streets away.

In both cases, the gardens are essential parts of the way they live, and both spaces exhibit the possibilities to be realized, even with a small space and lack of a yard. 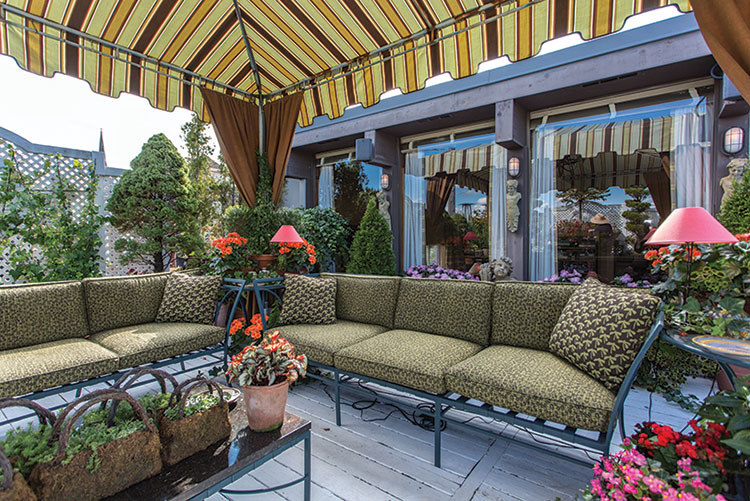 When Golan and Hough purchased their penthouse apartment in Shadyside in 1988, the building elevator opened to a small, nondescript entryway.

Three wooden stairs led to the building’s (purely functional) roof, where maintenance workers ventured only if there was a problem. To Golan, who now is semi-retired after years of running his own interior-design business, it seemed a shame to waste the space.

“We knew right away it was a treasure,” he says.

Little by little, he and his husband began expanding their space outside and creating their own garden haven. The approximately 900-square-foot rooftop now has two sections divided by a wooden island that becomes a serving area for food and drinks when the couple entertains as well as lots of plants that Golan has lovingly nurtured through the years. 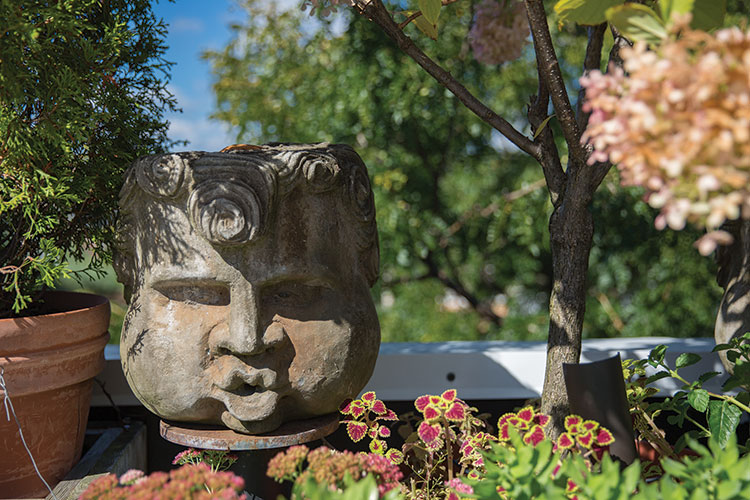 The space immediately outside the home’s double doors is an open area with a table for four, while the opposite end of the roof holds a large canopy with plenty of seating and more tabletop space underneath.

“It’s really having a larger room to live in,” Golan says. “In the summer when it’s raining, we have umbrellas extending from the entrance, and you bring a blanket and your favorite magazine and it’s heaven.

“We love our house. It’s so restful and private.”

​Golan, who immigrated to the United States from Israel, says water is very precious in his home country, so he knew of — and implemented — irrigation techniques, including hoses with different-sized nozzles to prevent water from being wasted while keeping his plants thriving.

Most of the plants are annuals: ivy topiaries and potted hydrangeas. Along the edge of the rooftop is what Golan calls his “Christmas village:” Japanese palm, pine trees and miniature Alberta spruce trees keep the noise from the street at bay and create an illusion of a secret hideaway. 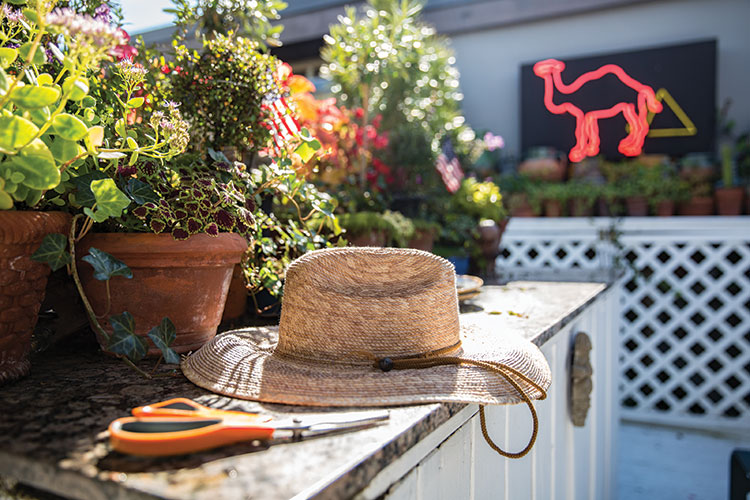 “Once everything is in place, you have no idea where you are, that you’re in the middle of a city neighborhood,” Hough says.

Golan’s advice for anyone who wants to create a garden on his or her roof is to “make it a dream.” People should install plants they love and play around with various types to see
what works best, while paying attention to the amounts of shade and light available in the space.

“Buy one of each, and you’ll see what they like — they’ll tell you,” he says.

Furniture is important too — all-weather furniture means you can leave it outside during the harsher months, and all of the tables on the couple’s roof have granite surfaces so they can withstand the winter.

Next: A Restful Rooftop Retreat 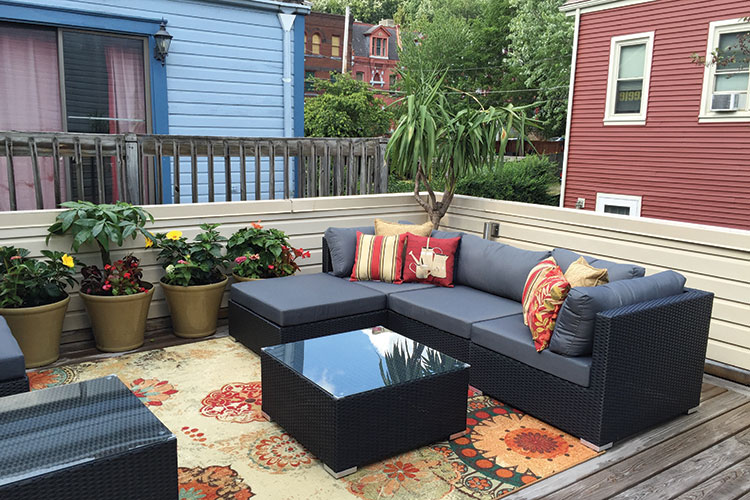 As an interior designer who works frequently with city properties, Jon Withrow understands the value of using every inch of available space.

So when he moved into his 2 ½-story home on the North Side in 1986, he knew he wanted to add a rooftop deck to the structure. The house, which first appeared on city maps in 1872, had minimal yard space.

​Withrow, now the manager for interiors with Kolano Design, razed the dilapidated addition in the back of the home that was constructed in the 1920s (“The floor was so sloped you’d end up in a run at the end of the kitchen,” he says). He built a nearly 400-square-foot addition that includes an updated kitchen and dining room on the first floor and a terrace off of the second story. 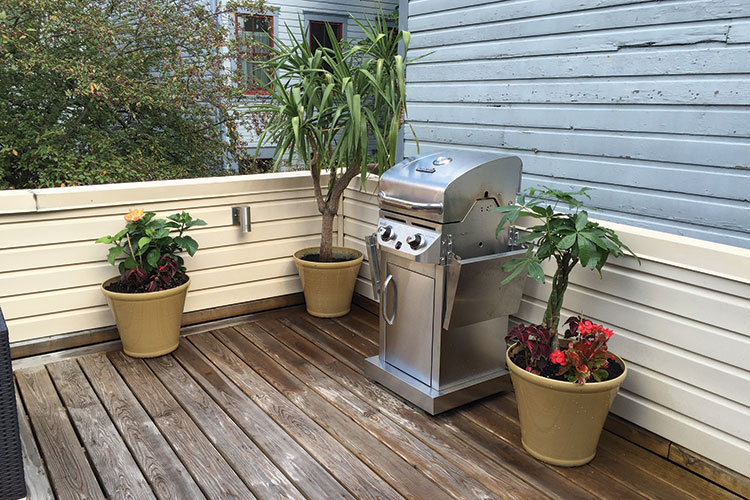 He didn’t plan to stay in the house long — his father encouraged him to invest in real estate, and he simply thought it would be a good project for a few years — but he fell in love with the house and the neighborhood.

“I said we’ll do the deck for now and enjoy it, and we have enjoyed it,” he says.

He was so set on moving on that he designed the addition in such a way that another rooftop deck could be added off of the third-floor master bedroom to create a master retreat.

Those plans never materialized, as he says he and his significant other can hardly use all of the space they have. Plus, the deck is enough of a retreat; there’s plenty of space to entertain family and friends as well as a grill and water lines for a hot tub.

“That’s what’s great about being in the design industry: You can ask yourself questions and think about what you want to do [down the road],” Withrow says. 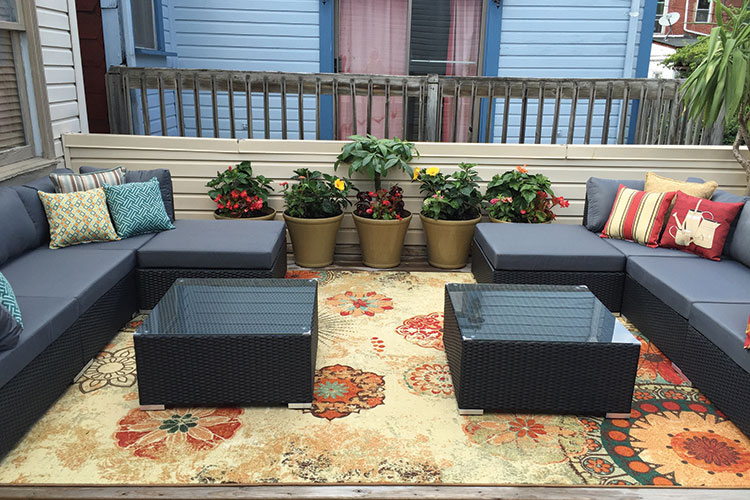 The setting 15 feet above the ground allows for a view of the surrounding homes and backyards, creating a “unique intimacy.”

He chose transitional and contemporary furniture sectionals with Sunbrella water-proof fabric that can seat eight people, as well as matching side tables. He keeps stacking chairs on hand for larger get-togethers.

He also transformed the small backyard into another private haven. He installed a large pond that houses large goldfish and a fountain, and more seating for entertaining.

“I love water ponds,” he says, noting maintenance isn’t as time-consuming as many people may think. “It helps to mask some of the city noises.” 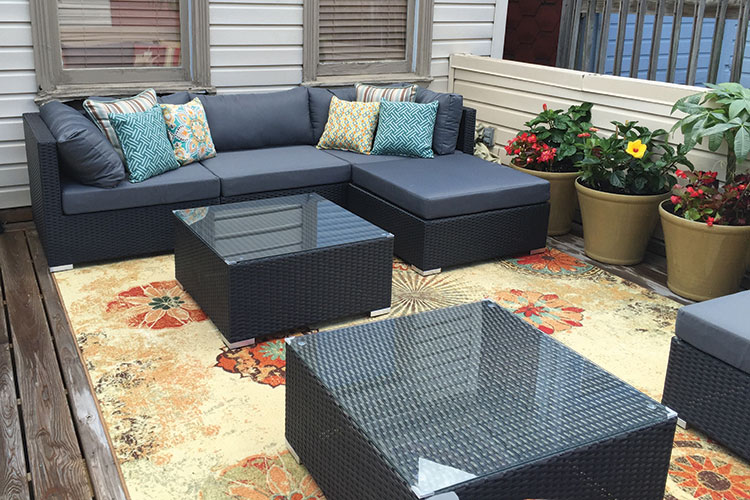 The patio floor is crafted from bricks salvaged from the original addition. “When they tore it down, I said, ‘Save that,’” he says.

He’s the third owner of the 145-year-old house. Although it’s one of the smaller properties on the Mexican War Streets, he likes that it’s separated from its neighbors rather than a row house.

“It’s been a great property,” he says.

This article appears in the June 2017 issue of Pittsburgh Magazine.
Categories: From the Magazine, HOME + Design, Hot Reads